TL;DR: On the one hand, I’m intrigued by this show. On the other, I am growing increasingly frustrated with it.

I complained previously about Ji-hoon getting in the way of Seo-yeon’s story, particularly the Daddy-Long-Legs and Genius Male Lead characteristics he’s taking on, and I’m sorry to say they were in full force again. In fact, it’s gotten to the point where I’m starting to doubt his regard for Seo-yeon, which I just praised in the last post. I think he’s far more interested in his own (secret) agenda than he is with Seo-yeon as a person or even in proving Woo-hyuk’s innocence. That does not make me a happy audience member. END_OF_DOCUMENT_TOKEN_TO_BE_REPLACED

TL;DR: We finally begin the trial! 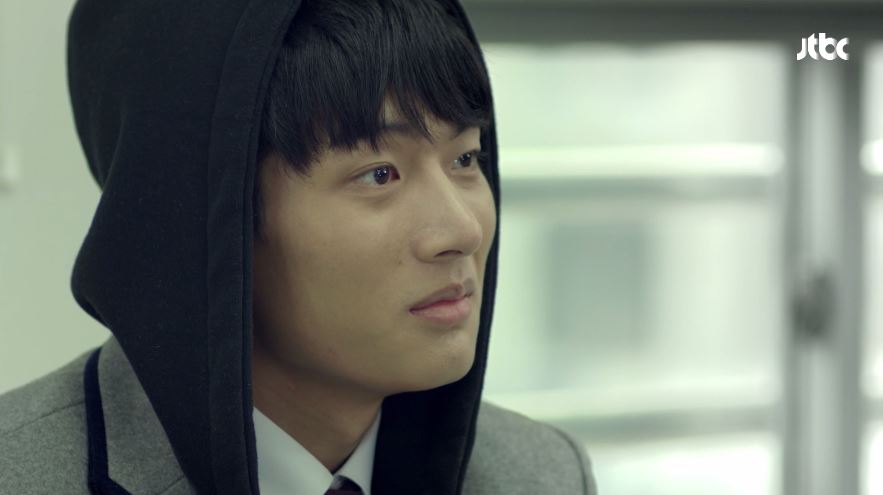 Perhaps the most interesting things to come out of the first part of the trial are the further revelations we got about So-woo’s character. At the beginning of the drama, So-woo was the necessary sacrifice so that we could even have a plot. We saw him get beat up, we saw his intimidating meeting with the foundation lawyer, we saw how no one stood up for him—and then we saw him dead. And after that, we got little friendship montages from Ji-hoon and tantalizing hints about their background. It seemed pretty obvious that he was being set up as the poor, quiet victim of forces beyond his control. END_OF_DOCUMENT_TOKEN_TO_BE_REPLACED

TL;DR: Whoa, Ji-hoon, back off a little, will you? I did not sign up for your story. Why are you taking center stage? 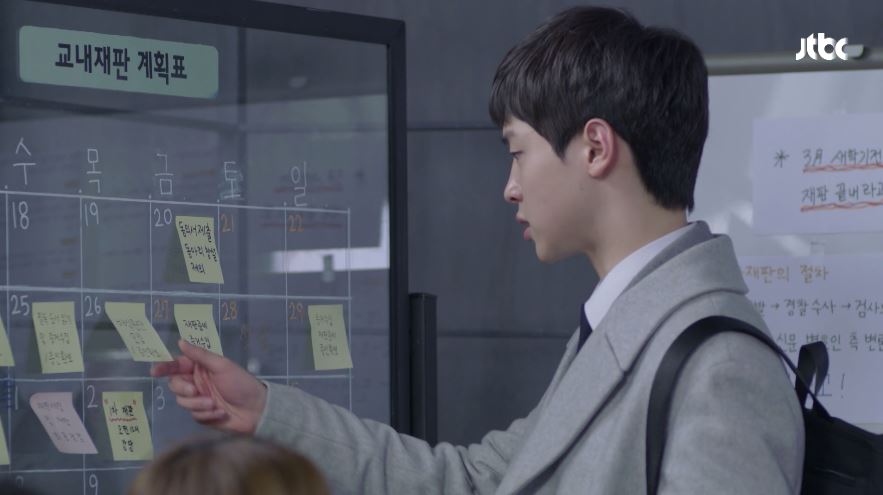 I know I praised Ji-hoon’s participation in the plot in the last episode, but he is already close to wearing out his welcome. He barged into the School Trial Club’s room and rearranged their already planned out schedule and trial focus with hardly any attempt to get their feedback, he more or less summoned Detective Oh to give her information and then tell her what she ought to do, and then he did the bulk of the bargaining with the reporter over whether or not he could report on the trial. Between all of that, the start of a Daddy-Long-Legs routine, and his refusal to open up, Ji-hoon is straying close to the genius-male-lead-who-definitely-knows-better-than-everyone-else-and-would-rather-manipulate-you-than-treat-you-like-an-equal. Which is something I am not on board with. END_OF_DOCUMENT_TOKEN_TO_BE_REPLACED

TL;DR: Teenage girls having healthy, supportive friendships is seriously one of my favorite things. Forget bromance—why can’t we have more of this in dramaland? 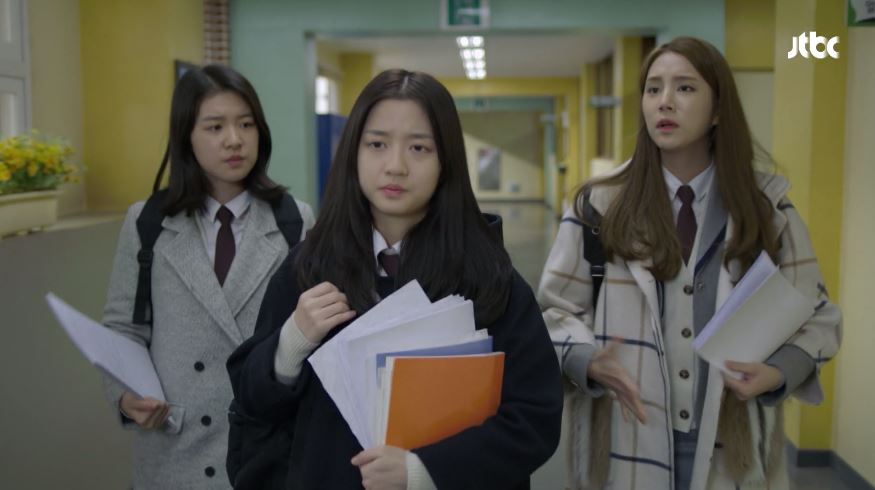 Seriously, though, I love Yoo-jin and So-hee (and their dedication to Seo-yeon) so much. They went from “totally sign us up for the trouble you are thinking about but haven’t planned” to “we will definitely try to do this likely impossible thing for you” to “we will still distribute your petitions for you even though we’re still kind of angry that you snapped at us.” Positive relationships between young women! They are a thing! They can happen, dammit! And it’s very cute they’ve got Joon-young and the-boy-whose-name-I-still-haven’t-caught in their little investigation team. The five of them are going to try to tackle the mystery of So-woo’s death together, and I heartily approve of them. END_OF_DOCUMENT_TOKEN_TO_BE_REPLACED

TL;DR: You know, it really sucks when a show you were enjoying suddenly ruins the majority of your good will toward it. 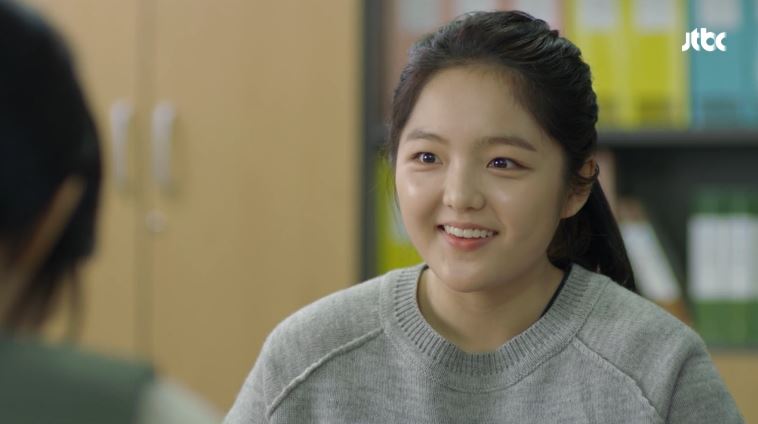 I deliberately decided not to say anything when, in episode one, Cho-rong’s first significant scene included food. It was just once, and the heroine herself had sat down for at least two meals in that episode, so maybe food-sharing was just Cho-rong’s way of showing her friend that she cares about her and wanted to cheer her up. I mean, I keep a candy bowl at my desk at work—it’s a friendly thing to do, and my coworkers always thank me when they come over to steal something. Food can be a nice little morale boost.

But by twenty minutes into episode two, I knew that dramaland had yet again equated being overweight with being totally consumed by food. That characterization I was praising in the last post? I take it back. There’s nothing interesting, let alone revolutionary, about having an overweight character’s chief defining characteristics be their weight and their constant need to consume and/or discuss food. END_OF_DOCUMENT_TOKEN_TO_BE_REPLACED

TL;DR: I am getting so many of the things that I had hoped for straight out of the gate that I’m both confused and delighted. 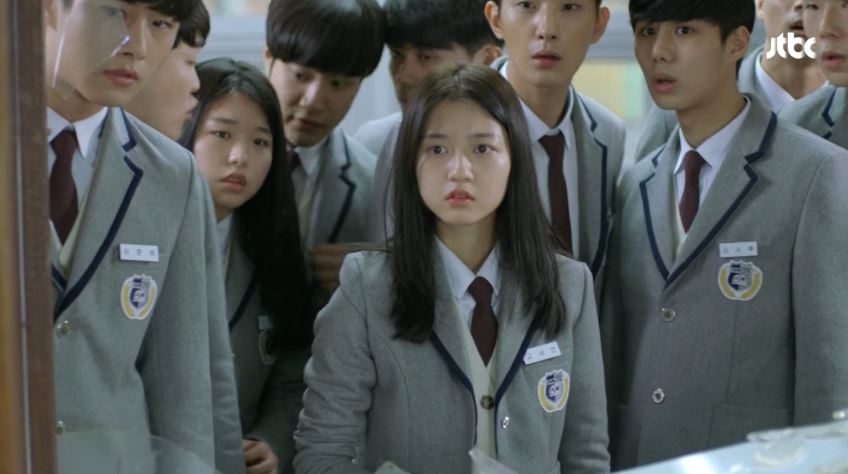 Solomon’s Perjury has a solid grasp on characterization and—perhaps most importantly for a murder mystery—knows how to tell a compelling story. Instead of giving us awkwardly timed information dumps, the drama actually gives us a scene that demonstrates whatever information it is that we’re supposed to know. After so many dramas this year being talking heads or explaining everything after the fact, it’s refreshing to be in the moment instead of constantly being yanked out of the narrative. END_OF_DOCUMENT_TOKEN_TO_BE_REPLACED 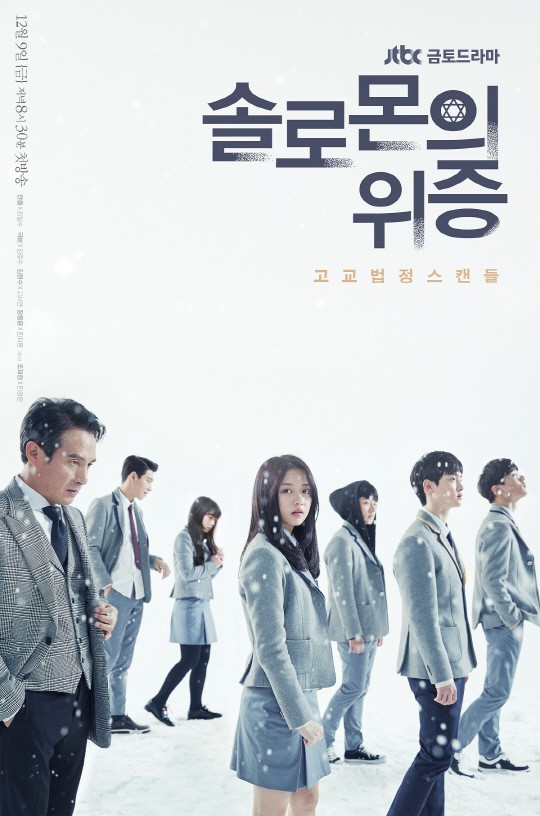 Solomon’s Perjury is actually happening this week, and I’m really looking forward to it, in case that weren’t obvious already. I desperately want it to be brilliant. I was delighted when this translated relationship chart crossed my tumblr dash since it listed that our heroine has not just one but two best friends. How long has it been since a heroine has had female friends in the kdramas I’ve watched? TOO LONG. That honestly would have been awesome if it stopped there, but these best friends are also listed as her assistants in the trial, so I’m gleeful. Please don’t let me down!

In the meantime, here are four hopes I have for the drama. With any luck, Solomon’s Perjury will have a better track record than–well, all the other dramas I’ve done this for so far. XD

Will you be watching Solomon’s Perjury? If so, tell me what your hopes are for the drama in the comments!