I was first made aware of Nell thanks to the devastating “The Day Before,” which if you have not see/heard yet, you need to take time today to watch it. (Though please note, that song depicts and discusses suicide.) “Lost in Perspective” is a different kind of melancholy, one centered on a too-late emotional paradigm shift that has cost the narrator the love of his life:

It wasn’t us that I hated.
I hated myself for hurting you.
If only I could have seen it earlier. 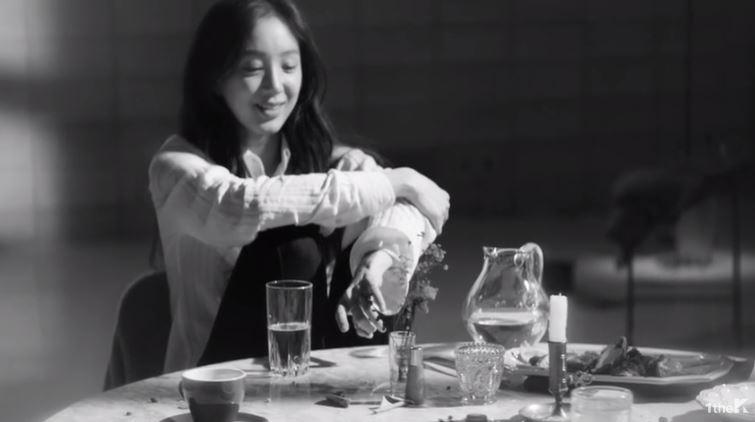 The MV is a rather low-key affair in black and white. There isn’t a whole lot going on, which forced me to look closely at the details. (Does Nell have a thing for crowded-partially-symbolic-tables-of-emotional-ruin?) One thing I found interesting is that there are actually a lot of non-standard shots, like it’s trying to underscore how a wrong angle can be disorienting and screw with your perspective. But I’m not sure it actually succeeds, if that’s the case. I’ll have to watch the MV a couple more times.

The song itself sounds properly regretful and angsty, and the piano and guitar are used nicely–as expected from Nell. With winter on the way, this is the kind of song I’d like to put on in the background while I curled up with a book on the couch. If you haven’t heard it already, give it a shot.

Buy song on iTunes
The above link is an affiliate links to iTunes. By purchasing through this link, you help support this blog at no extra cost to you.

I was attempting to put my music into some semblance of order, and along the way, I discovered that I had four kpop songs with “run” in the title. I love all four of them and thought you should check them out!

*Note: The following are affiliate links to Amazon and iTunes. By purchasing through these links, you help support this blog at no extra cost to you.

Look, this song just makes me happy. I love the big bold declarations of love, I love her voice, I love the way the song presses ever forward. The MV is both remarkably simple (lots of running) but also eye-catching, what with the space/science fiction motifs. Whenever this pops up on my phone, it makes me smile.