Sometimes I’m in the mood for a bit of angry!despair, and that’s when I turn to History’s “What Am I to You?” Now, this aggressive sort of relationship issues song is typically not my thing, especially when a guy runs around demanding to know how a woman feels about him or calls her bad for not giving him the answers he wants. The interesting spin comes when the guy freely admits that the reason he’s so frustrated is that he’s a cheater who has fallen in love and finally met his match: 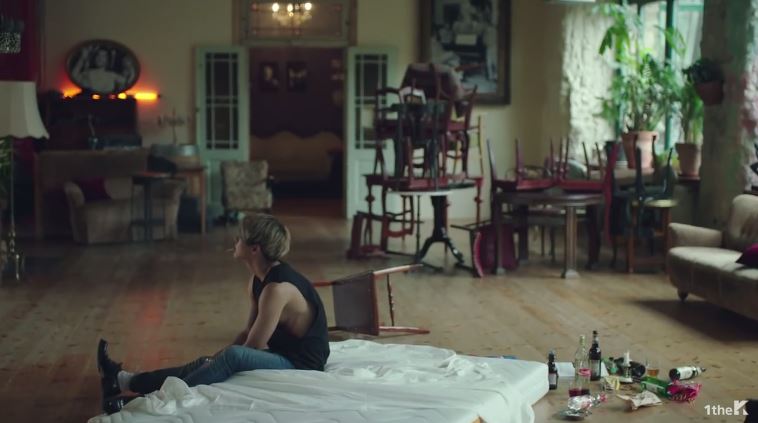 I know how to cheat, but she knows how to play
I was a fool for thinking you’re easy
[…]
Everyone tells me to cut you out,
That it’ll be over if I just turn around
But don’t you know?
Don’t you think I know all of that? I can’t let you go (x)

The Latin-inspired beat is a fun departure from what’s on my current kpop playlist, and the vocals sound nicely desperate. The music video is a basically a self-destructive bender through Berlin, complete with clubs, smoking, drinking, dramatic gestures, and physical and verbal fights, interspersed with sexy dance breaks.

It’s an enjoyable change from what I’ve been listening to lately. (I’d caution viewing it at work, though, since one of the guys is in his underwear for several shots.) Give it a chance if you’re in the mood for the a song about an angsty, toxic relationship.

Buy Song on iTunes || Buy Album on iTunes
The above links are affiliate links to iTunes. By purchasing through these links, you help support this blog at no extra cost to you.

I took today off, just because, and woke up very late to a mild, overcast morning. It put me into a rather languid mood, so I ended up wandering through my music until I ran across this little piece from boy group History.

The song starts out pretty slow, but I love the ramp up to the chorus. It always make me smile.

I vastly prefer the performance video to the official MV, mostly because I like the old-fashioned stage + suits aesthetic and get bored easily with a bunch of guys pining over the same girl. Show off your dancing, please!

Buy it on iTunes || Buy it on Amazon
The above links are affiliate links to iTunes and Amazon. By purchasing this song (or any other items) through these links, you help support this blog at no extra cost to you.