Rachel stayed at work late on Monday night in order to finish writing the draft of her sales report. It had been hard not to spend the entire day grinning or looking smug because they had sold out of every single jacket they had on hand. Almost of eighty-three percent of the shipment that was due on Wednesday had already been placed on backorder, too. She tried not to think about what sales could have been like if they hadn’t lost so much of the inventory in the fire; on the other hand, the messaging shift toward exclusivity had undoubtedly helped drive the purchasing frenzy. END_OF_DOCUMENT_TOKEN_TO_BE_REPLACED

Eun-sang stepped back from the edge, far enough that if Vice President Kwon looked up, he wouldn’t be able to see her. She checked her cell phone again, but there weren’t any missed calls or texts from Young-do.

Young-do hadn’t been very good at boundaries in high school—he had shown up at her work unannounced to force her to interact with him—but since they had reconnected over his father’s impending release from prison, he had been far more respectful. Enough that she trusted him not to send his vice president to her workplace without giving her some kind of warning. END_OF_DOCUMENT_TOKEN_TO_BE_REPLACED

Even after his therapy session with Jae-sung, Hyo-shin found himself alternating between frustration, rage, and even fear. It made focusing on his schoolwork all but impossible. More than once he was tempted to throw something, but he had worked hard on killing that habit, and giving in to the urge in the library would have been something he would regret every time he walked inside.

Instead, Hyo-shin forced himself to sit as still as possible in the group study room he had scheduled before his afternoon classes. Moon Joon-young was due any minute. END_OF_DOCUMENT_TOKEN_TO_BE_REPLACED

Young-do thought the pictures of him and Ha-sun exiting the restaurant on Saturday night had turned out nicely. While the two of them had different opinions on what constituted gray—Rachel would have been far more explicit about what shade he should wear—they still looked like a couple. Most of that was due to Ha-sun, who had perfected a smile that looked genuine. If he hadn’t spent two hours over dinner carefully crafting their fake love story and plotting on how to approach Lee Sang-hyun, he may have believed she actually had feelings for him when she smiled like that.

He was much better at keeping a straight face. His true feelings tended to bleed through when he smiled. END_OF_DOCUMENT_TOKEN_TO_BE_REPLACED

There are few things as disappointing to me as awesome heroines paired with lackluster heroes.  Why would I root for a wonderful woman to end up with someone mediocre (or downright awful)? Here are four kdrama heroines who deserved better heroes (and what I wish would happen after the last episode): 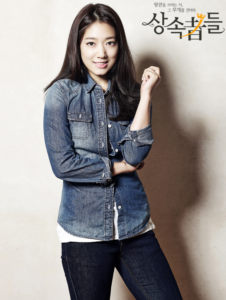 Poor Eun-sang had to deal with two boys who just did not care about what she really wanted and used their power, wealth, and privilege to harass her constantly. The second lead finally backed off at the eleventh hour with the hint he may have learned something from all the torment he put her through; the hero’s happy ending was envisioning her locked up in his bedroom, just waiting for him to tell her she could come out and have fun with their friends.

My headcanon: Eun-sang goes to college while her boyfriend is in the army, figures out what she really wants, and dumps him while he’s on leave. 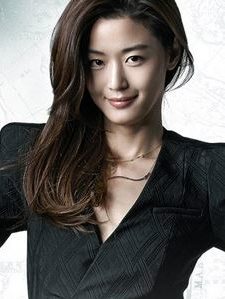 #2 – Chun Song-yi from You Who Came From the Stars

Personality-wise, Song-yi is one of my favorite heroines. She was hilarious, in practically every circumstance, and when it came to love, she went in with all her heart. Unfortunately, her hero revealed himself to be a gaslighting jerk enamored with his own mainpain, who for some reason couldn’t spit out the words hey, just so you know, that guy you’re pretty close to is actually a murderer who wants you dead.

My headcanon: After the bliss of their deus ex machina reunion wears off, Song-yi realizes that her boyfriend won’t ever talk to her about important things unless he can’t keep it a secret anymore and dumps him. 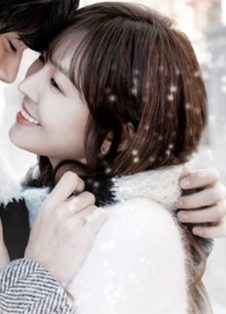 Joo-yeon’s home was invaded by a former-childhood-friend-now-grown-up-stranger who was obsessed with her. He could have stayed in a hotel or did a short-term rental–he was wealthy enough–but no, he had to be in her space because he “loved” her so much. In the end, his persistence is rewarded with her affection, because apparently you can make a woman fall in love with you by stomping all over boundaries and gaslighting her about her feelings.

My headcanon: After about a year, Joo-yeon wakes up and realizes that she needs something more than first dibs to sustain a relationship and moves out of that house so her mother can’t force her to undergo round two of exposure romance. 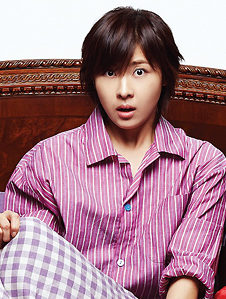 Ra-im was another unfortunate instance of a heroine being browbeaten into love by yet another rich hero who felt he was entitled to her simply because he was attracted to her and wasn’t used to hearing “no.”  He steadily sucked all the spunk out of her character and did very little to shield her from his mother’s wrath (and occasionally joined in on the low assessments of her worth).

My headcanon: Ra-im files for divorce after her children return from a visit to grandma’s and repeat the horribly cruel things her mother-in-law is saying about her and her husband refuses to stand up for her (again).

What other heroines do you think deserve to be on this list? Let me know in the comments!

So when are you going to come clean about Young-do?

Eun-sang grimaced at Chan-young’s text and almost wished she hadn’t started messaging him. But she had needed a distraction from all of the gossip articles about Young-do and Ha-sun (and the occasional nasty or dismissive comment about her), and Chan-young had been her first choice since it meant she could check up on Hyo-shin without actually pestering him.

According to Chan-young, Hyo-shin had spent most of Saturday morning catching up on homework, but then he left. Chan-young hadn’t pressed for information.

END_OF_DOCUMENT_TOKEN_TO_BE_REPLACED

Hyo-shin was dragged out of sleep on Saturday morning by the alarm on his phone. He listened to it buzz for a couple minutes as he worked up the energy to get out of bed so he could take his morning medication. Missing yesterday’s dose hadn’t been the end of the world, but the large, pessimistic part of his brain was sometimes good at motivating him to do what was best in order to stave off future disaster. It didn’t always work—there were some days he simply couldn’t willpower his way into taking care of himself—but it was enough this morning to get him out of bed and into the small guest bathroom to start the day.

It was harder to resist getting back into sweatpants, but putting on sweatpants almost always ended up with him back in bed. If he had been in his old apartment, he might have done it, but in Chan-young’s home that felt too much like surrender, and that meant humiliation. He could leave his bedroom today, smile a little, talk for a few minutes, and pretend like their hospitality didn’t make him feel guilty.

Hyo-shin settled on a pair of clean jeans and a t-shirt before leaving his room. He followed the sounds of the television to the living room, where Chan-young sat cross-legged on the couch with a cup of coffee and a couple slices of toast. Chan-young was still in his pajamas and looking a bit bleary-eyed despite the coffee he was nursing. Hyo-shin was surprised to see him up already as he was pretty sure that Chan-young and Bo-na had had their own private after-party last night. END_OF_DOCUMENT_TOKEN_TO_BE_REPLACED

Young-do helped Ha-sun into her car and shut the door once she had pulled the skirt of her dress out of the way. He circled around to the other side, where the driver held the other door open for him, and slid inside. The tinted windows brought a measure of relief from the camera flashes, and Young-do barely waited to loosen his tie until after the driver pulled away from the curb.

Ha-sun kicked her shoes off again and retrieved her phone from the narrow seat between them. As she unlocked her phone, she told the driver, “Just take us home. I’ll have Se-young cancel our reservations.”

END_OF_DOCUMENT_TOKEN_TO_BE_REPLACED

Young-do and Ha-sun walked straight ahead, ignoring everyone who was gawking at them. Including, Eun-sang noted, herself and Tan. More accurately, Young-do never spared them a glance; Ha-sun wore a far more inviting expression, and when Eun-sang met her gaze, Ha-sun actually nodded.

It was just the faint dip of her head, but it was an unmistakable greeting. Eun-sang was too surprised to do anything other than continue staring, and then Young-do and Ha-sun were past them completely.

Eun-sang turned back to Tan; his eyes were wide. “Do you think Bo-na knows he’s here?”

“Shit.” Eun-sang set down her champagne flute and got to her feet. Tan looked ready to scramble after her, but she stopped him. “Stay here in case she comes by. I’ll try to find her.”

END_OF_DOCUMENT_TOKEN_TO_BE_REPLACED

Hyo-shin collapsed in the Yoon’s guest room and slept through the night, morning, and better part of Friday afternoon. When he woke up, he was disoriented, hungry, needed to use the bathroom, and had missed taking his morning medication. He had set alarms on his new phone to remind him to take them, but he had forgotten to turn his phone on before he fell asleep. It wasn’t too late for him to take his afternoon dose, so he downed that before heading into the bathroom.

He felt marginally more human after showering and shaving, though his reflection clearly showed just how exhausted he was. It was going to be difficult to put on a smiling face at the Mega Entertainment event tonight. At least he could console himself with the knowledge that after it was over, he could spend the rest of the weekend sleeping.

“I’m available this weekend, if you have the courage to text me with your new number.” END_OF_DOCUMENT_TOKEN_TO_BE_REPLACED