TL;DR: I’m hoping that this is just a momentary stumble because I wasn’t exactly thrilled with how this episode went. 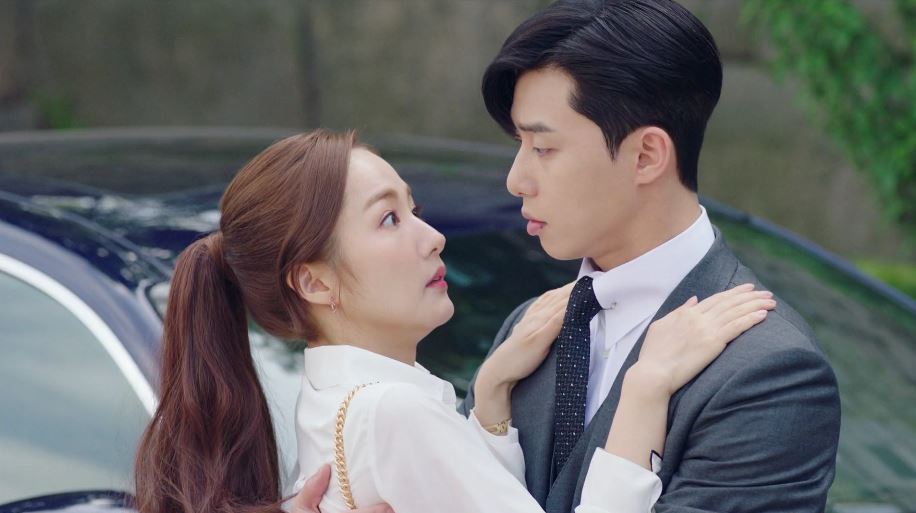 I’m concerned by the laziness in this episode over furthering the romantic awkwardness/awareness between Young-joon and Mi-so. With any luck, this is just a hiccup with the transition between writers, because my enthusiasm for the show is starting to cool.  My biggest problem is not the recyclde romcom tropes, but rather it’s the fact that Young-joon seems to have forgotten Mi-so’s declaration that unwanted consideration isn’t consideration at all. More to the point, it’s how self-satisfied he is about doing things for her when he hasn’t asked if she wants them.

It would be one thing if he were picking her up from work, bringing her breakfast, insisting on driving, and letting her enter the elevator first if he were tentative and eager and wanting to find ways to make her happy (if he didn’t have the courage to flat out ask her what she liked). But those smiles and smirks he gives himself for doing these things makes it seem much more like he’s proud of himself for tallying up good boyfriend points ahead of actually confessing to her. It makes it seem way more about his ego than it is about wanting to do nice things for Mi-so, and that means practically every “romantic” gesture from him this episode left a sour taste in my mouth. 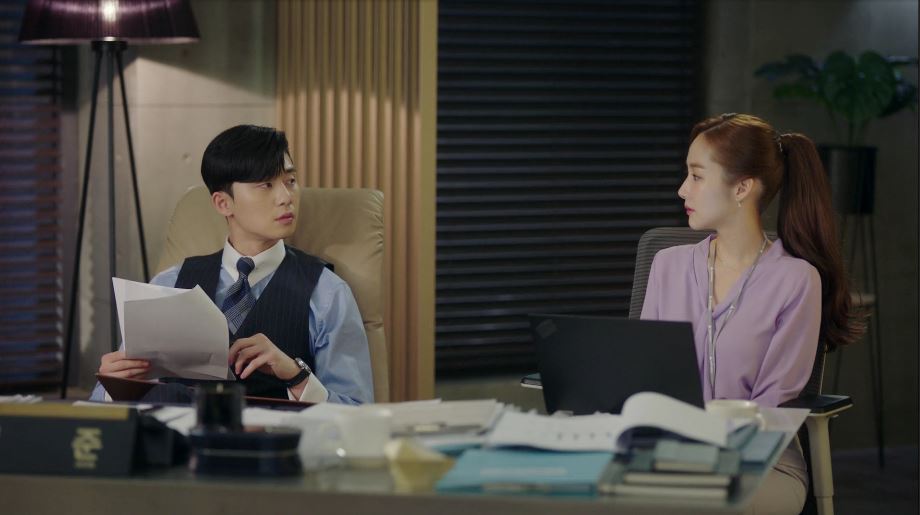 So it should come as no surprise that I actively disliked Young-joon’s wrist-grab-and-drag when he saw Mi-so and Sung-yun together. There was not a single moment in that scene that was genuine worry about her—it was about his jealousy and his possessiveness and rivalry with his brother. I was so grateful that Mi-so drew a hard boundary with him after that—

Only to be extremely unhappy when he crossed it again. And then even more unhappy when we’re supposed to accept his limp, single-sentence apology to Mi-so while Mi-so has to make amends with a good paragraph that centers Young-joon’s feelings, leaving his extremely unprofessional (and romantic red-flag-y) actions entirely unaddressed.

(Because now I’m concerned he’s cable of doing the wrist-grab-and-drag in professional settings should his jealousy and ego override his concern for Mi-so’s professional reputation. Sure, she wants to marry and have kids, but that doesn’t mean she’ll exit the workforce forever. What if she needs references in the future? Don’t tell me there wouldn’t be speculation about Young-joon’s hands-iness with her if he did this in front of her coworkers or other business people.)

You’ve got one episode, maybe two, to turn this romance around. Otherwise we’re swaying dangerously into all of the power dynamics and inequitable relationship expectations that make me loathe office romances in general. 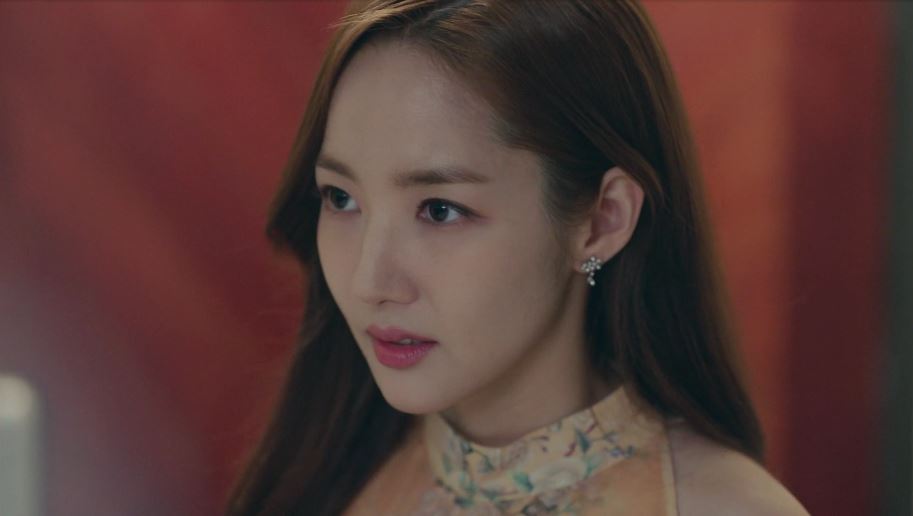 On a much pettier note, I’m irritated that this episode made a fuss about Mi-so wearing the same blouse in short succession. It’s a plain white blouse that is extremely versatile, and who’s to say she doesn’t have more than one of the same style shirt? Why does this get treated as a flaw with her when Gwi-nam’s multiple identical suits are used to praise him and his dedication to his work?  Why is it a problem for her to have a work “uniform”?

She’s a fucking goddess secretary with a look, and she is amazing in it. I’m annoyed that people harping on her wardrobe is what makes her decide to get a new outfit as opposed to her just wanting to look nice for what might be a date. Way to change that from an excited-and-hopeful moment into an I-better-but-new-clothes-so-he-doesn’t-think-I’m-not-interested moment.

Oh, and the stuff between the brothers is getting progressively more boring, and we don’t even know anything yet. Turn this show around, please.