We’ve got two new dramas coming out this week, and while I’m tempted by Mr. Sunshine, I think I’m going to pass.  I couldn’t find official confirmation, but rumors say that Neflix has gotten the license for it. I guess we’ll see if it shows up on the site six weeks down the road. 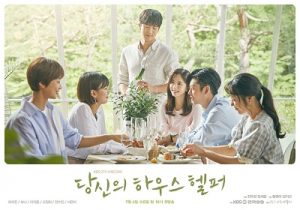 Kim Ji-woon left his promising career at a major conglomerate to become a housekeeper, and he excels at everything from folding laundry to basic household maintenance—and even “cleaning” his clients’ hearts. He has four new clients: Im Da-young, an internet at an advertising agency who is desperate to land a full-time position so she can afford the house her father left her; Yoon Sang-ah, a jewelry designer who has just broken up with her boyfriend; Han So-mi, who is terrified of men until she meets Ji-woon; and Kang Hye-joo, who is having difficulty with her male roommate.

Your House Helper is based on the 2014 webtoon of the same name by Seung Jung-yun. 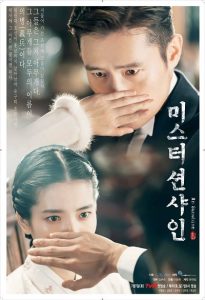 During the 1871 U.S. expedition to Joseon, a slave boy boards one of the boats and leaves his home—but not forever. He returns years later as an American soldier, Eugene Choi (Choi Yoo-jin), and is far more interested in maintaining U.S. interests than the country he was born into, now under Japanese occupation. That begins to change when he meets Go Ae-shin, an aristocratic daughter turned revolutionary, who is determined to fight for her country’s freedom. But Eugene isn’t the only man in Ae-shin’s orbit: Gu Dong-mae, a member of the Black Dragon Society, and Kim Hee-sung, her betrothed, are focused on her exploits as well. Meanwhile, the widowed Kudo Hina returns to Joseon with her Japanese husband’s fortune, intent on building a life that her collaborator father can’t control.