TL;DR: HE SAID IT FIRST, HAH \o/ (Also, Mi-so is ridiculously beautiful in this episode.) 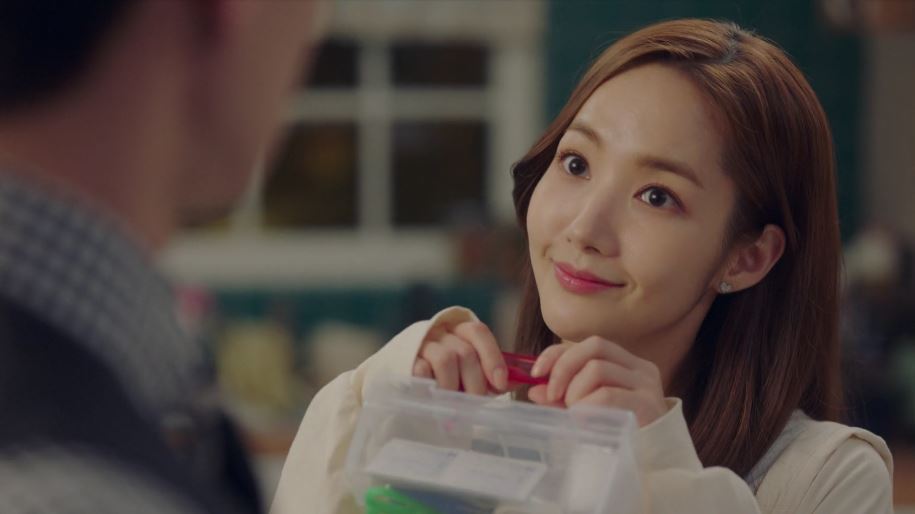 One of the things this episode excelled at was showing Mi-so and Young-joon’s growing awareness of each other as something other than boss/subordinate. From physical contact to emotional vulnerabilities, this episode really ramped up the intimacy factor for the two of them. It was a delight to watch them—and especially Young-joon—become aware of just how rapidly things were changing between them.

Mi-so is in denial right now. It’s a quieter, less dramatic denial, but it’s denial nonetheless of the spark that’s starting to build between her and Young-joon. Her subconscious knows something’s up—otherwise, she wouldn’t have gotten flustered over his request for her to stay the night after his nightmare when she’s slept over before due to work. (Granted, this was the first time the request ever came from Young-joon’s feelings and not his professional courtesy, but still.) She also got flustered when she realized she had grabbed his hand without thinking to keep him with her during the blackout.

But right now it seems to me that Mi-so has registered these new feelings more as concern than romantic sparks, undoubtedly in large part due to his nightmare and connecting his zip tie phobia to the scar on his leg. Couple that with Young-joon showing up at her place with a bloody lip and it’s no wonder she might be confusing the two emotions. (Still, part of me hopes that she’ll hold out for a while longer, though I don’t want any distraction from Sung-yun to last more than an episode or two.) 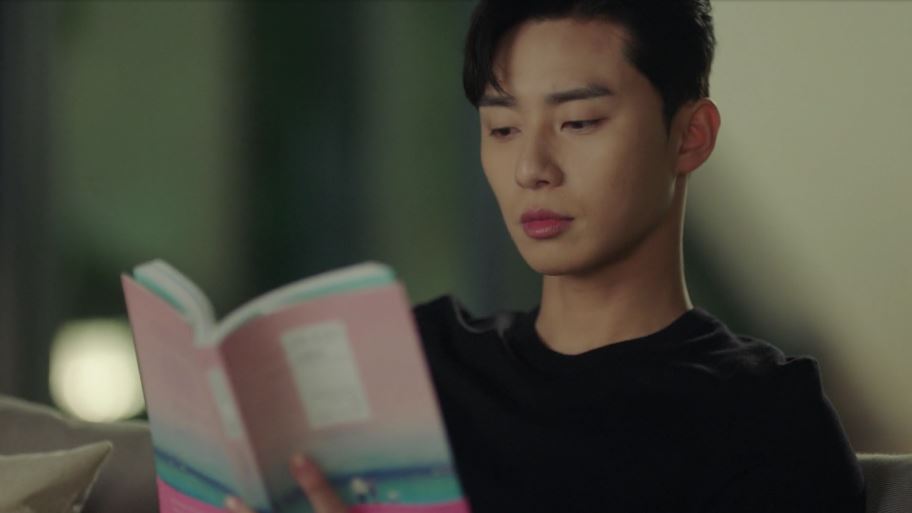 As for Young-joon, well, it was immensely satisfying to watch him rapid cycle through making heart eyes at Mi-so and then telling himself he has no non-professional feelings at all. Right, sure, it’s perfectly normal for coworkers to regularly smile fondly at emails  or seek out “childish” books to read because the other indicated it was everything they hoped/wished/wanted from love or randomly ask them if they’ve told them they’re pretty. Totally above the board, of course.

Perhaps my favorite moment in all that was when he read the passage of the book that said that wondering about what the other person was doing was something that could develop into love and then immediately justified his stray thoughts by saying he wanted to assign Mi-so work. Pfffft, right. That was the moment when I realized his denial was going to crumble posthaste—I just didn’t realize how soon it would happen.

I’m a little amused that they recycled the accidentally-falling-on-you trope so soon, but I suppose it balanced out since it was Mi-so who caused the accident instead of Young-joon this time. Plus we got a blatant confession of feelings from Young-joon, and I’m willing to accept a great deal of camp in exchange for that. The question now becomes, how will Mi-so react to his sudden confession? Will she accept it? Welcome it? I doubt she’d return it with one of her own this early in the game, and especially since we have Sung-yun to deal with. 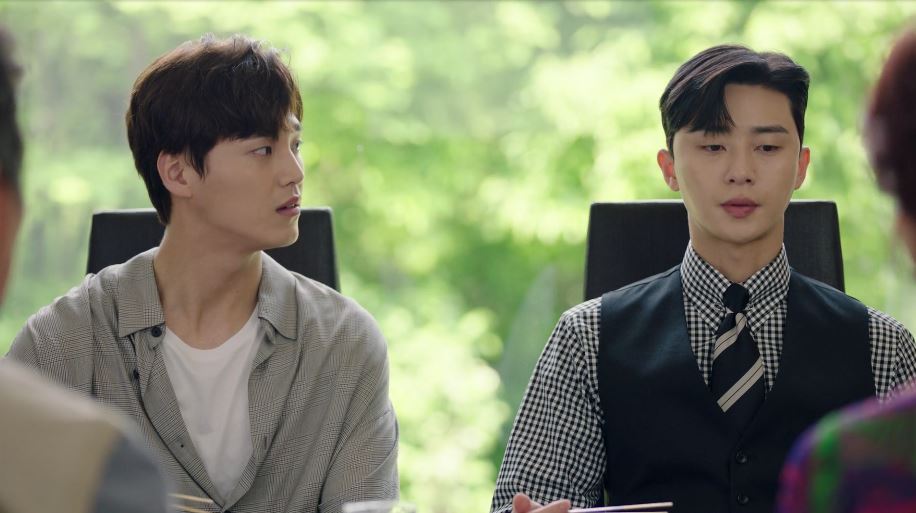 Oh, Sung-yun. My feelings for you have not improved since I watched this episode on Sunday. You’ve set off pretty much all of my NOPE meters, and it’s going to be difficult for this drama to make me believe that the problems you’re having with Young-joon now aren’t largely your fault. I’m really worried about how things went down at the family dinner because it’s possible that Sung-yun is turning his parents against Young-joon. That verbal-turned-physical fight in the study was just too well timed and, if their parents don’t question thoroughly, leaves Young-joon looking like the bad guy.

My suspicious self is preemptively alarmed at Sung-yun’s veiled intentions toward Mi-so. One of my least favorite tropes is a guy using a lady another guy loves in order to hurt the other guy, and what’s happening right now looks like that very setup. It all but guarantees I will not care one fig for his feelings should he catch real ones for Mi-so, and I’m praying that any romantic diversion that Sung-yun proves to be will be short lived for Mi-so. We’ll see just how star struck she is after finding out that he is really Morpheus.

On another paranoid tangent, I’m worried that Young-joon’s mother might turn on Mi-so if she finds out that Young-joon has feelings for her. Please be one of the rare, good chaebol mothers and just be happy that your awkward duckling of a son has found someone he wishes to love for a very long time.