We have a good mix of dramas premiering this week! I’m personally interested in Secretary Kim (despite my abysmal track record with office comedies). Are any of these on your list? 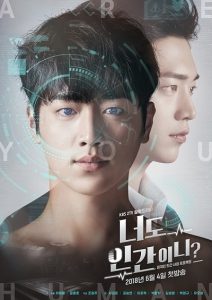 Are You Human, Too?
KBS2
18 episodes
Monday/Tuesday
Available on DramaFever.com

When a suspicious accident leaves Nam Shin, heir to the PK Group, in a coma, his mother, Oh Ro-ra, is desperate to protect him and his position from the conspiracy that almost killed him. As one of top people in the field of artificial intelligence, Ro-ra gathers a group of fellow scientists to create an android—dubbed Nam Shin III—to take Nam Shin’s place. Ro-ra also hires Kang So-bong to be Nam Shin III’s bodyguard and help him act like a human in order to fool Nam Shin’s enemies. But while all the humans focus on Nam Shin, Nam Shin III begins to develop feelings of his own, and the android starts to wonder if he will be able to have a life independent of just being a substitute for someone else. 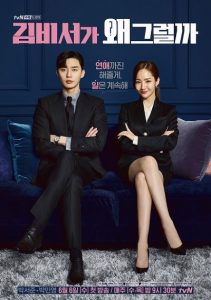 Lee Young-joon, vice president of Yoomyung Group, is so self-absorbed that most of the time he doesn’t register what his secretary, Kim Mi-so, tries to say to him. Mi-so has a stellar reputation in the corporate world for her secretarial skills, but after spending the last nine years making her boss look good and managing his narcissistic ego, she finally decides to submit her resignation. It’s time for Mi-so to find her own way in the world—but will Young-joon be able to function without her?

What’s Wrong With Secretary Kim is based on Jung Kyung-yoon’s 2013 novel of the same name. Kim Young-mi’s 2016 webcomic was also based on the novel.

Han Tae-joo is a detective who has a reputation for sticking to his principles. While Tae-joo is on the trail of a serial killer, he ends up in a serious accident. He wakes up in 1987 and soon realizes that if he’s ever going to return to the present, he needs to solve a murder case. For that, he enlists the help of fellow detectives Yoon Na-young, Kang Dong-chul, Lee Yong-gi, and Jo Nam-sik.

Life on Mars is based on the 2006 BBC One drama of the same name.