TL;DR:  If we don’t have some commentary on corporate drinking culture during this drama, I’ll be disappointed. 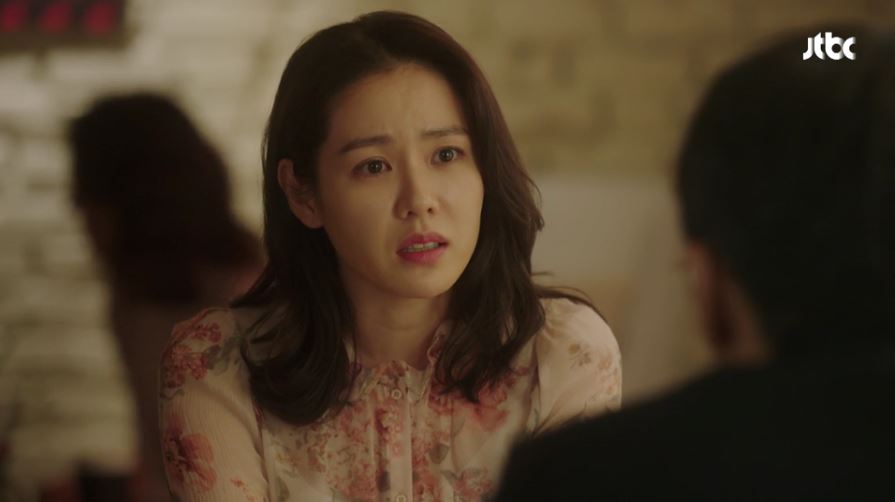 After waiting for an eternity, I was finally able to start Something in the Rain/Pretty Noona Who Buys Me Food. (It’s up in its entirety on DramaFever and Netflix, in case you’re searching for it.) It’s a relief that, after all that waiting, the first episode was a solid introduction to the characters, their world, and the possible conflicts that are in their futures. And on a meta level, it was nice to be dropped back into Ahn Pan-seok’s familiar directing style and his penchant for reusing actors as secondary characters.

Our heroine, Jin-ah, took the lion’s share of the spotlight, and it’s no surprise that I identify with her strongly. She’s in her thirties and doing reasonably well at her corporate job, but basically every part of her life has fallen into a predictable routine. Her home life feels muted and distant, and we saw very little of her relationship with her family other than repeatedly lying to her mother about Kyu-min. Even most of her time with Kyung-sun was spent drinking and venting about all the bad things going on in her life instead of doing fun things.

Most notably, Jin-ah knew right away that Kyu-min was going to break up with her based on his texts asking to meet up—that’s not a thing that one suspects if everything is going well in a relationship. She knew she wasn’t the only one to blame for their bland romance; and while we don’t know just how long Kyu-min had been cheating, Jin-ah was right to point out that he had just as much responsibility as she did for their spark going out. (Also? Loved the bluntness about Jin-ah and Kyu-min having had sex.)

Altogether, that provides a sharp contrast to what Jin-ah is like around Joon-hee. From their cute encounter on the street to him repeatedly escorting her home, it’s clear that Jin-ah can relax around him. She can laugh and tease him (and be teased by him), and there’s a liveliness in her demeanor and personality that hasn’t really shown up around anyone else. Those are good first steps for establishing that she could have interest in Joon-hee. 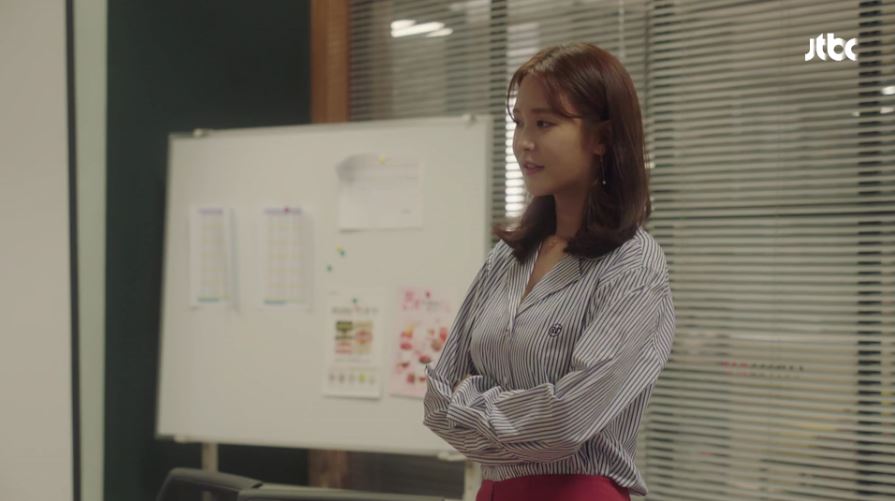 Right now, though, Jin-ah’s work is pretty much hell. And from a storytelling perspective, there are some possibilities here that make me a bit worried. First off is the frosty relationship between Jin-ah and Se-young. While I’d always prefer it if my fictional ladies team up with each other, I can acknowledge that sometimes personality clashes just happen. I’m certainly not BFFs with all the women in my workplace, so it’s not a huge deal if Jin-ah and Se-young are at odds sometimes. What concerns me is that by positioning Se-young as immediately interested in Joon-hee, Se-young could easily be set up as the Jealous Second Lead, and I would take a hundred episodes of corporate personality clashes over petty romantic jealousy. Stay frosty with each other as much as you like, just don’t turn to winter over a guy, okay?

While my worries about Se-young are mostly due to trope expectations, the rest of this coffee company is a hot mess of sexism and misogyny. Jin-ah seems to be doing okay on her level—from what I can tell, about half the section chiefs are women—but all the higher ups except Young-in are men, and they are all about skeevy company drinks and making their female juniors pour for them/grill their meat/laugh when they make gross body comments/etc. Not that this absolves Jin-ah’s female peers, either, since Se-young and some of the others knew what was going on at the company dinner and still made snarky comments about how Jin-ah was handling it (as if they themselves didn’t know exactly what that was like and made a quick bathroom break to escape it when another male superior tried to join them, leaving one woman stuck behind). The fact that the drama is showing this in the very first episode makes me hope that we’ll get some sharp commentary about company drinking culture and, you know, general misogyny in the workplace. Until that happens, I’m going to be watching this company warily.

Also, a special fuck you to Ho-kyun for deliberately throwing Jin-ah under the bus, shredding the evidence of his mistake, and then having the gall to scold her about it in the elevator. I hope he screws up again—and that Young-in is ready and waiting with proof the next time he tries to save his own ass. That would be a lovely touch of justice, so I’ll be over here, crossing my fingers and doing a bit of praying. 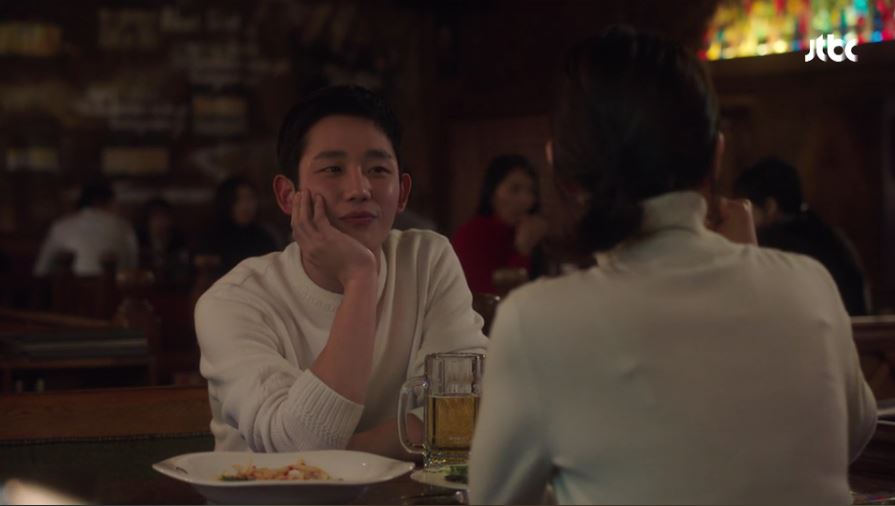 I have very little to say about Joon-hee so far. We haven’t gotten much of a look at his private life, and aside from the adoring faces he makes at Jin-ah when Jin-ah isn’t looking, I don’t know what he’s thinking or feeling. I simply don’t care about him nearly as much as I care about Jin-ah, which isn’t necessarily a problem after just one episode. I’m going to need more insight into his character before I care for him beyond the adoring looks.

However, I will note this: if the show hadn’t quickly established that Jin-ah and Joon-hee had known each other for ages, his teasing would make me very angry at him. If they had just met, the sharp edges of his teasing would be cruel; because they know each other, it blunts his words and turns them into playful swipes. It helps that Jin-ah has no problem giving him a you little punk punch to his shoulder when he crosses the line and that he backs off.

I’m not sold on Joon-hee’s advice about being professional, either. As a 30-something woman, it sounds exactly like what a 20-something man would say, and I just end up rolling my eyes when he tries to tell Jin-ah that she needs to break taboos to be a pro. Would I like to see some more ambition out of her or have her figure out what she wants out of life? Sure. But what works for Joon-hee as a man in video game design (where his office has a nerf gun ambush to celebrate his return) will absolutely not work for a woman in a conservative corporate environment (where she has to laugh off her male superior’s jokes about her breasts at a company outing).

Joon-hee has some serious growing up to do before he’ll be an attractive option to Jin-ah, in my opinion. We’ll see if the drama agrees with me.

4 thoughts on “Something in the Rain, Episode 1”