MBC has an entirely new weeknight lineup for you. Will you be checking either of them out? I’ll confess that Come and Hug Me has my attention–I would very much like this setup if it were done as thoughtfully as Just Between Lovers. Hope springs eternal, right? 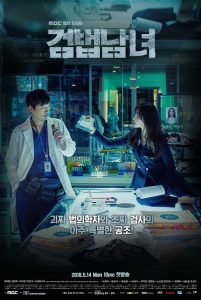 Prosecutor Eun Sol uses her photographic memory to bring criminals to justice. While she is passionate about her job, her rookie status and occasional clumsiness sometimes get in her way. She teams up with Baek Bum, a 10-year veteran of the National Forensic Service, who has a reputation for being prickly and eccentric. Together, the two of them will do everything they can to track down a serial killer in the 8th Eastern District. 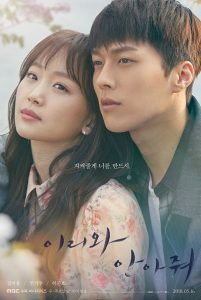 Han Jae-yi and Chae Do-jin were childhood friends and sweethearts, but their innocent relationship was torn apart when Do-jin’s father was revealed to be a serial killer and that Jae-yi was the daughter of one of his victims. Years later, the two of them are united. Do-jin has joined the police force in order to atone for his father’s evil, and Jae-yi has become a famous actress. Will they be able to find comfort and solace in one another as adults?