Will wonders never cease? I’m actually interested in all three of the new dramas airing this week, though my desire to watch them varies significantly. Honestly, if I pick any of these up, it will probably be determined by which of these I can get with my standard Viki Pass. Will you be checking out any of them? 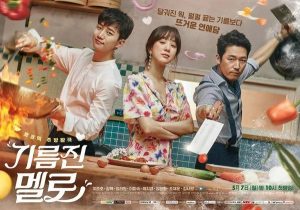 Chef Seo Poong used to be at the top of Korea’s culinary ladder. He worked at the best Chinese restaurant in the country, but when his popularity faded, he crashed hard. Now Poong works at an obscure restaurant that has fallen on hard times. The building the restaurant is in is owned by Doo Chil-sung, a former gang member who has recently done time in prison. Poong and Chil-sung’s paths cross with Dan Sae-woo, a rich woman who frequently craves Chinese food.

Psychiatrist Kim Yoon-jin leaves her job after the death of her daughter and throws herself into being a housewife by caring for her son and supporting her husband’s career. Yoon-jin hires Lisa Kim, an expert in helping high schoolers prep for college, but Lisa has an agenda of her own for getting into Yoon-jin’s household: uncovering the truth behind her sister’s disappearance. Meanwhile, homicide detective Ha Jung-hwan is the only person who believes Yoon-jin’s doubts surrounding her daughter’s death and works with her to uncover the truth. 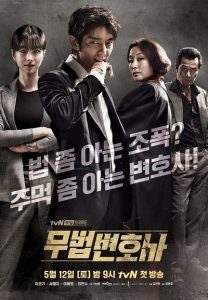 Bong Sang-pil was a member of a gang, but he turned his life around in order to avenge his mother. Now a lawyer, Sang-pil has a reputation for finding loopholes in the law and for being unafraid to use his fists when necessary. He teams up with fellow lawyer Ha Jae-yi, who is hot-tempered and reckless in her work. Together the two of them will use their profession (and less reputable methods) to take down the powerful people who think they’re above the law.