Guess who can’t keep track of dates and totally missed the fact that we had two separate shows premier last week? Me. In an interesting turn of events, they’re both remakes, one from the U.S. and the other from the U.K. Are they already on your list? 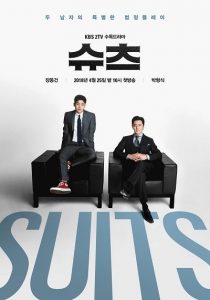 Choi Kang-seok is a top lawyer at one of South Korea’s most prestigious law firms. After a chance encounter with Go Yeon-woo, a college dropout with a photographic memory, Kang-seok decides to hire Yeon-woo as an associate even though Yeon-woo doesn’t have the credentials for the position. 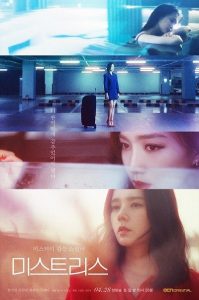 Four friends have their lives overturned due to their complicated relationships with others. Café owner Jang Se-yeon receives a mysterious phone call, while high school teacher Han Jung-won struggles to conceive a child and then has her life fall apart after a one-night stand. Psychiatrist Kim Eun-soo’s ex-boyfriend died, but she fears her secrets will be exposed when her ex’s son comes to see her as a patient. Meanwhile, law secretary Do Hwa-young has ex problems of her own—her ex-boyfriend’s wife is the firm’s latest client, and she wants to get evidence of her husband’s cheating.

Mistress is based on the 2008 U.K. series Mistresses.