We’ve got just one new drama this week, which is a bit of a relief after all the premiers that happened in March. Will you be checking it out? 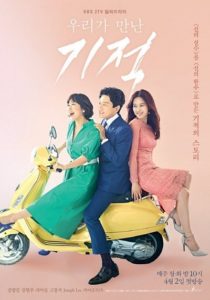 The Miracle We met
KBS2
16 episodes
Monday/Tuesday
Available on KoCoWa.com/Viki.com

Song Hyun-cheol is a branch manager at Shinhwa Bank. Even though he’s doing well in his career, he is a terrible husband. When Hyun-cheol dies in a car crash at the age of 42, another man’s spirit enters his body. This other man is also named Hyun-cheol, and he winds up struggling to support two separate families and his two wives.