I’ll be honest, neither of these are particularly my cup of tea, but I could be tempted by The Great Seducer if I weren’t just side-eyeing how young they all are. XD Are either of these on your list? 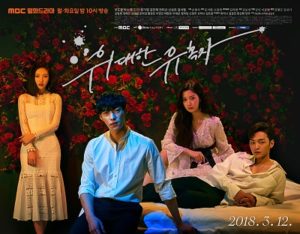 Best friends Kwon Shi-hyun, Choi Soo-ji, and Lee Se-joo are a wealthy trio of troublemakers, and both Shi-hyun and Se-joo have unrequited feelings for Soo-ji. After getting spurned by Lee Ki-young, Soo-ji wants to get revenge by messing with Ki-young’s first love, Eun Tae-hee. Soo-ji challenges Shi-hyun to seduce Tae-hee—who is notorious for her opinion on love and romance—and says that if he can, she will marry him. But everything begins to fall apart when Shi-hyun and Tae-hee develop genuine feelings for one another. Will their budding romance survive all of the lies, betrayal, and jealousy? 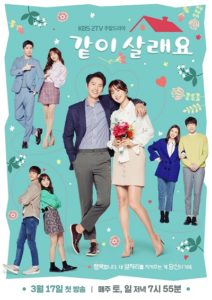 Shall We Live Together
KBS2
50 episodes
Saturday/Sunday
Available on Viki.com/KoCoWa.com (as Marry Me Now)

Park Yoo-ha has worked hard to complete medical school and her internship, and she wants to make her father and sister proud of her. Her father raised his four children on his own, and her older sister made many sacrifices for the family. She is focused on work to the point where she really just isn’t interested in others—and then her life gets upended when her father marries a very wealthy woman.

Jung Eun-tae is also a doctor who isn’t interested in marriage because he believe he is like his father—a man who placed his career over his family. After volunteering abroad on medical teams, Eun-tae finally returns to Korea and meets Yoo-ha.

2 thoughts on “Seduction and Romance For You This Week”