Just in case you aren’t already drowning in Olympic-themed items, our new drama this week is sponsored by the Ministry of Science and ICT and the Korea Radio Promotion Association with the help of the Pyeongchang Committee. It is about two short track speed skaters, their competition, and their love for an ex-figure skater. Will you be checking it out? 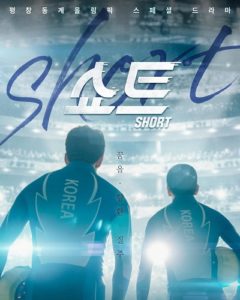 Kang Ho-young was scouted by Kangbaek University for speed skating. Even though he is a rookie, he quickly begins to challenge Park Eun-ho, the so-called king of short track speed skating and son of a prestigious sports family. The two of them end up in a friendly rivalry, both on the track and off, when they fall in love with Yoo Ji-na. Ji-na was a figure skater until an injury ended her career. Now back in Korea after studying abroad, Ji-na has decided to audition for a girl group.

2 thoughts on “Sure Hope You Like Short Track Speed Racing”