TL;DR: Fare thee well, Sook-hee. Be sure to cuss us out so we recognize you on the other side. 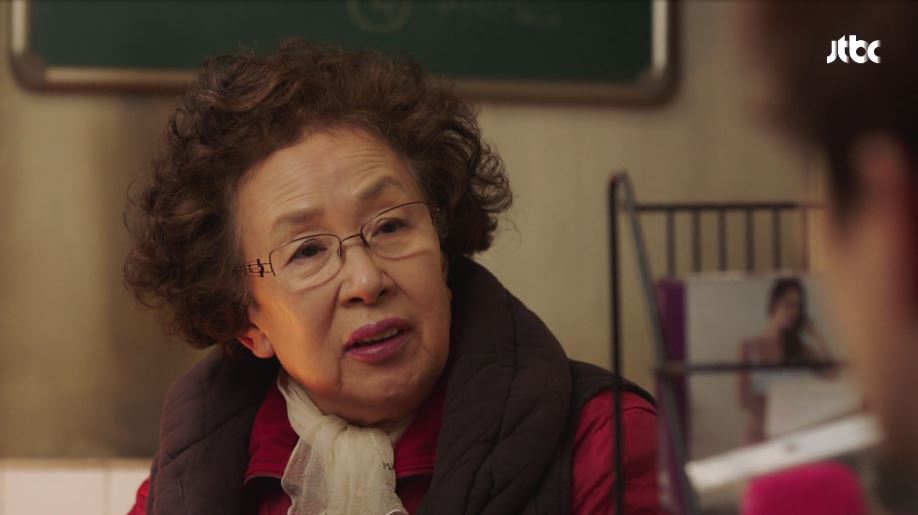 It isn’t often that I applaud a show for how it killed off a female character, but consider me impressed. Normally female characters are killed off in the first or (if we’re being generous) second episode, with little time to build anything resembling a personality. They are sacrificial dolls created solely to level up a hero’s angst, kick off a roaring rampage of revenge, and/or begin a tireless pursuit of justice. They’re defined primarily by their relationship to the hero—rarely do they get a history, family/friends, profession, etc.—and their deaths are portrayed in the most dramatic way possible.

(Dear thrillers/procedurals, it’s never a surprise when you kill a woman. I love you, but get a new trope, please, or I swear to god—)

Just Between Lovers went for a far more realistic, down-to-earth approach for Sook-hee’s death (they didn’t even show it! or the funeral!), and it is all the better for it. Instead of spending the episode rolling my eyes, I spent it crying, smiling, and wishing we’d had her for much longer than we did. Though this was the first episode where we actually got Sook-hee’s name, she was a full character before it, with thoughts, feelings, and a history of her own.

As an audience, we had been prepped for her possible death for several episodes, and we got to watch her prepare for it, too. We got to see her settling her life, just in case, so that when Kang-doo was saying goodbye to her in the ICU, we were able to say goodbye to her, too. It was a goodbye that carried weight because we knew her and had seen how many people loved her. I will be surprised (and disappointed) if this is the last time we hear of her. 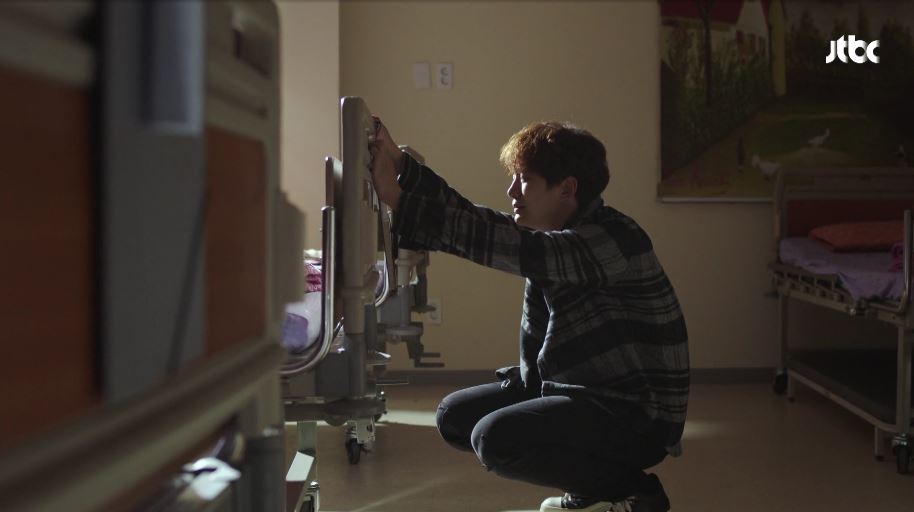 Kang-doo took the lion’s share of the on-screen grief, but Ma-ri had an excellent scene where she chewed out Yoo-taek, and Moon-soo had quieter moments, too. I adored that the drama took a few seconds to show the little offerings left at Sook-hee’s home from a community that appreciated and needed her work. We also got a full scene where people got together to talk about Sook-hee in an impromptu wake. Sook-hee was a character that mattered emotionally in the show, and this was a lovely send-off for her.

In Kang-doo we got to see afresh the weight grief can be in a person’s life. I loved Moon-soo’s insight that one of the reasons her family had fractured was that none of them had been able to take the time to mourn, to be miserable, to stay in bed for days on end. They had been too angry and apologetic and couldn’t just sit with their anguish the way they needed to. Even though Moon-soo was worried about Kang-doo, she gave him a lot of space, until it became clear to her that he was starting to drown in his grief.

I’m glad that what got Kang-doo out of bed was the list of tasks Sook-hee had left him. He couldn’t just not take care of her last unfinished things; he needed to do for her what she couldn’t take care of herself anymore. And even if he’s still not sure he can follow her last order—with everything you got, be happy—I have faith in him that he will, eventually, try. The memorial project—and mostly Moon-soo—will probably give Kang-doo the motivation to try. 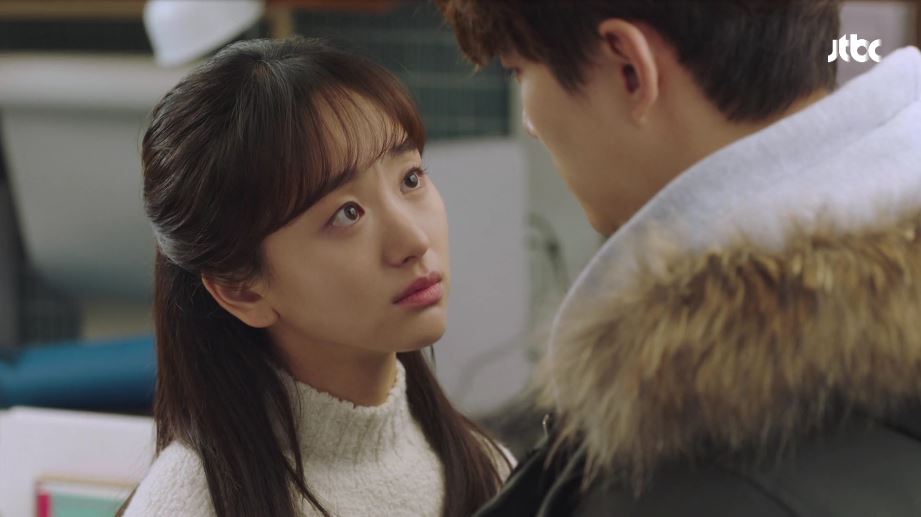 And speaking of the memorial project, I still don’t like Joo-won, but at least in this episode he appears to have gotten the message that Moon-soo doesn’t want him as anything more than a sunbae. He’d better keep that in mind. At least he was honest about Yoo-taek’s company likely wanting to advertise the fact that a survivor of the collapse designed the memorial in order to mute some of the criticism that will come their way. I want this project to be both a great learning experience for Moon-soo and also an opportunity to help herself heal.

(Oh and fuck the team leader for saying Moon-soo only got the project because she was pretty. Good on Moon-soo for taking none of his shit. It’s amazing how it only took about thirty seconds for me to hate the team leader more than anyone except Yoo-taek.)

We already know that Moon-soo regrets her childhood jealousy and pettiness toward her younger sister, and it would be a lovely thing for her to design a project that allowed her and the other victims/survivors to mourn and remember their loved ones in the ways they need.