TL;DR: There were so many flashbacks in this episode in order to drive home everyone’s misery. 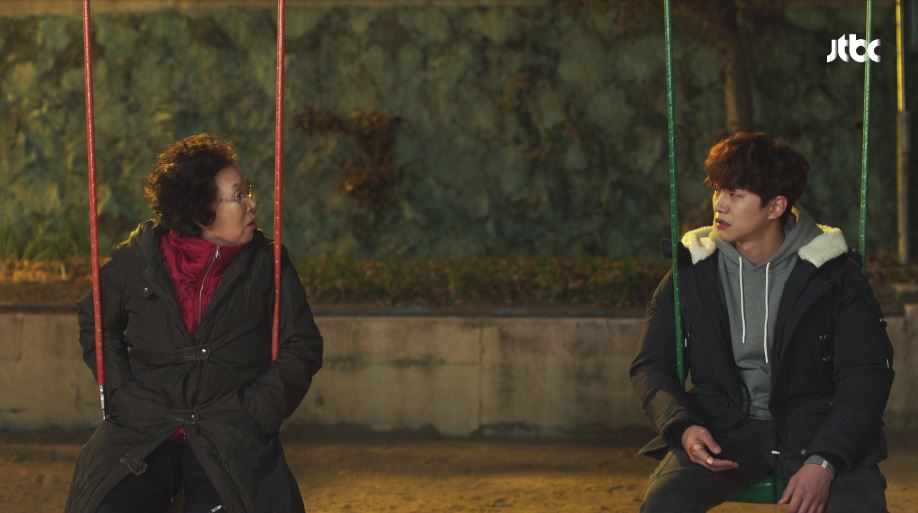 As bitter as I am about Kang-doo’s fishing trip, I will concede that he needed to stew in his misery in order to be able to get to a place where he could finally accept the wisdom everyone had been throwing at him. It was great to hear him actually say that he wasn’t good enough, lacked confidence, and was afraid—and even better to have the medicine seller point out that Moon-soo gets to decide whether or not he’s appealing enough for her. Good news, Kang-doo: she thinks you are.

(But more on that later.)

One thing I have really enjoyed about Kang-doo and the medicine seller’s relationship is just how cranky they are at each other even though it’s clear they care about one another dearly. The medicine seller gets to point out when he’s being stubborn and hopeless, and Kang-doo gets to urge her to take care of herself and remind her just how much she is loved. Yes, she has missed her beloved husband for decades, but there are still people here and now who care about her. I teared up when another patient complimented the medicine seller on all of her grandchildren—and yes, that’s what Kang-doo and Ma-ri really became for her. I’m going to be devastated if the next episode preview isn’t a fake-out. 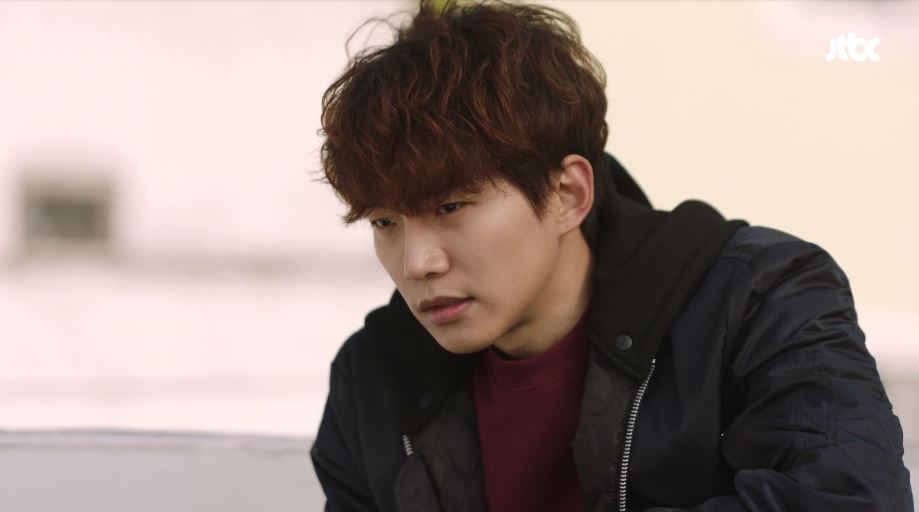 Kang-doo’s misery, in the meantime, is frustrating even if I get on some level why he’s so convinced he would be a terrible match for Moon-soo. (You punk, that’s not something you decide. That’s for Moon-soo to decide!) Socio-economically, he shouldn’t be worth a second glance. But he has qualities that Moon-soo admires, like his kindness, his honesty, and his protectiveness, not to mention his bone-deep understanding of her trauma and everything he does that makes her feel loved and wanted and safe. Kang-doo isn’t going to insist she strive to deceive the world about her “normalcy.” Instead, he’ll eat ice cream with her and they’ll talk about the holes in their hearts and then around them when the pain becomes too much.

(Both of you would still benefit from therapy, just for the record. Love’s great, but trained professionals and medication might just help you two find better coping mechanisms.)

So I’m glad that we got to see how much Kang-doo still, truly likes Moon-soo. From his disappointment when he thinks she’s not there to those little half smiles he makes when she’s near to the way his expression softens when he watches her smile or laugh or just exist. What Kang-doo really needs to do is to trust that Moon-soo is making a sound decision when it comes to her heart. He isn’t a burden that will weigh her down; he is a partner she is choosing. 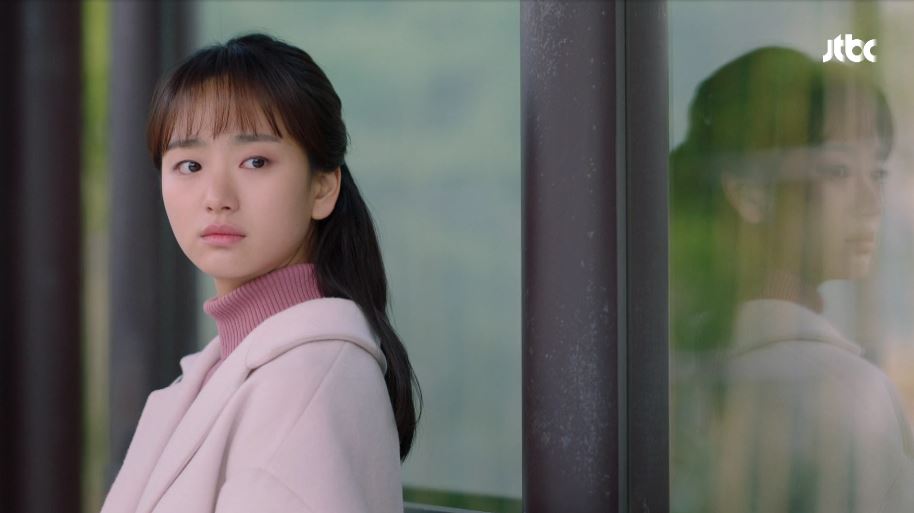 I’m glad that Moon-soo has chosen him and that she was able to accept that Kang-doo has some serious self-esteem and self-loathing issues. I loved that she told him she would keep showing up until she no longer likes him. It wasn’t a threat; rather, it was a promise to him that she would offer him her heart every day so long as it was his for the taking. All he has to do is to reach out and accept her.

The way Moon-soo kept checking in on Kang-doo was a wonderful contrast to her relationship with Joo-won. She admires Joo-won and likes him as a colleague, but she doesn’t spend her idle time thinking about him, wondering if he’s unpacked his apartment or admiring the view of the river. She isn’t checking in to make sure he isn’t working absurd hours at the office. No, she’s waiting for Kang-doo to go home and packing medical supplies in her purse (because the poor boy is always getting injured) and buying him ice cream. 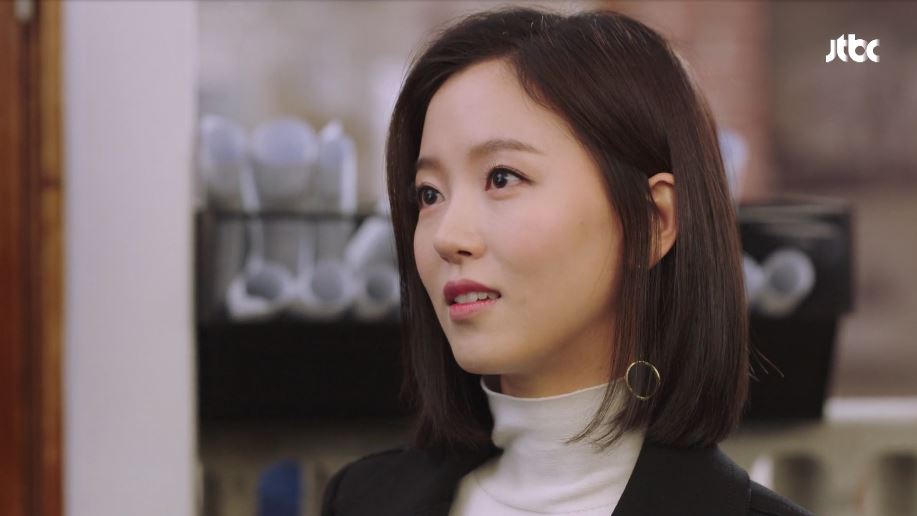 Small shout-out to Yoo-jin, who is amusing in her honesty. I’m struggling to think of another second lead lady who is as set on getting the hero and heroine together as she is. Normally second lead ladies are delegated to being the Obstacle to True Love. Instead, Yoo-jin’s doing her best to get Moon-soo and Kang-doo together so that her way to Joo-won is clear.

(That said, Yoo-jin, you really need a dose or two of the medicine seller’s advice.)

I also appreciated it when Ma-ri called out Yoo-taek on his first-love obsession. I agree with her—I can’t trust a guy who is obsessed with his first love because it’s rarely actually about her. It’s almost always about what she represents to him. I cheered when she walked out on Yoo-taek to be with another client, and now I’m intrigued by the fact that there’s some guy who apparently saved her life. Who is that? Not Kang-doo, right? (Edit: @michyeossseo pointed out that Ma-ri’s referred to Kang-doo as her lifesaver before.)

(P.S. Kang-doo, that better just be an exhaustion nosebleed and not some terminal illness. The medicine seller already called dibs on that!)