TL;DR: You know, I was really happy for about ten minutes, and then everything went wrong. 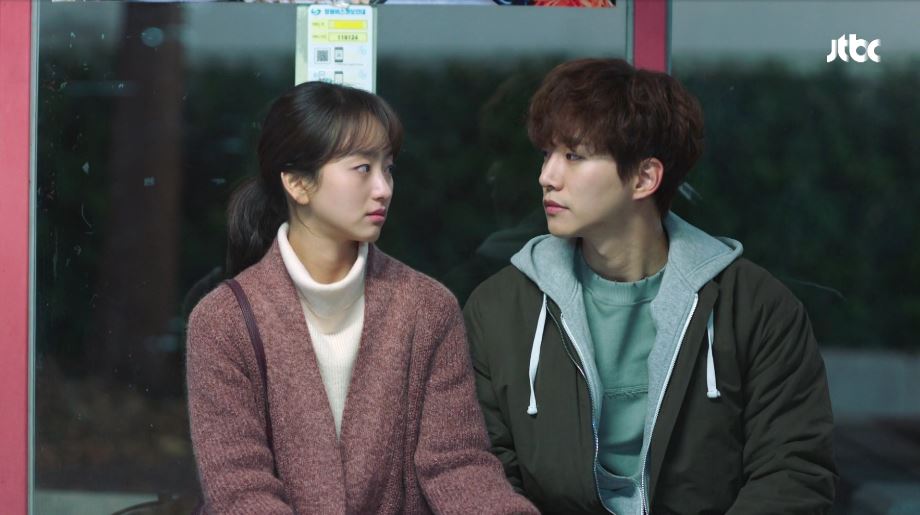 This episode really drove home the fact that Kang-doo is very lonely, despite having a widespread network of people who care for him on various levels. He has the medicine seller, Ma-ri, Sang-man, Jae-young, and now Moon-soo who all find themselves concerned about his welfare, even if he wants to keep a bit of distance between all of them. This episode was a small turning point of sorts, where Kang-doo finally allowed himself to be vulnerable in front of Moon-soo.

It’s a relief that at least you’re okay, he told her, when we have seen over and over again that he is very much not okay. He has visual and auditory hallucinations about Sung-jae that are frequent and obvious enough that Sang-man knows about them, and his leg often causes him pain. Yet when Moon-soo half confesses her guilt about her sister and Sung-jae’s deaths and asks if that makes her a bad person, he reassures her that she’s not.

I loved the quiet steps their relationship took with this episode. The embraces, holding hands, even interlocking fingers. (Gasp!) How Kang-doo walked into a damned pole because he was too busy smiling at her picture. How they let bus after bus go by so they could prolong their time together. How Moon-soo asked to borrow some of So-mi’s makeup because she wanted to dress up and how pleased and flustered she was when Kang-doo noticed.

So of course the show snatched all that cute away from me. I’m going to blame the finance guy, even though he really doesn’t deserve all of the blame. I wasn’t sure what to make of him and the way he recognized Kang-doo, so of course he dropped a small bomb onto what was the cuteness of Moon-soo and Kang-doo’s relationship. It turns out that Kang-doo’s father had been stealing from the construction supplies and selling it for personal profit.

(Does that make Kang-doo’s injury—rebar through the thigh—a dramatic irony? It has been too long since my last literature class.)

And it was such an awful way for Moon-soo to find out. She had to throw herself between the two men and their fight in order to stop it, only then to be told that Kang-doo’s father was the reason the mall collapsed. It was just awful to watch her pull away from Kang-doo (and then look back and keep going), though I can’t blame her for that immediate reaction, either. It’s just—I was enjoying the cute and you took it away from me. What’s worse is the way that Joo-won took the opportunity to slide right in. 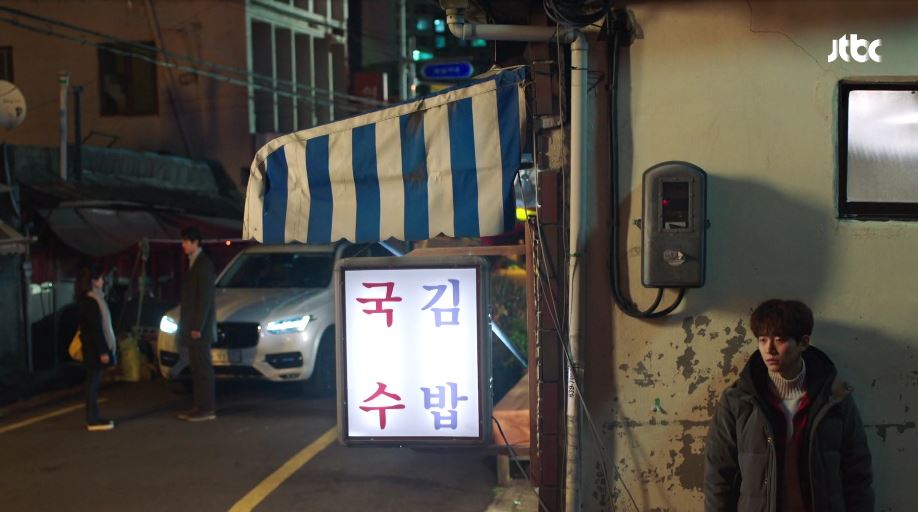 It’s official, Joo-won—I hate you. You weren’t supposed to take Yoo-jin’s information as a challenge and make your move on Moon-soo while she’s emotionally compromised. You were supposed to be a better man. I mean, it’s nice and all that you reassured Kang-doo that his father stealing some of the rebar and selling it wouldn’t have made the mall collapse all on its own—the structure had bigger problems—but you sure as hell aren’t sharing that information with Moon-soo, who would similarly benefit from that info.

I mean, you saw the end to that little encounter at the site office. It’s great and all that you are still going to hold Yoo-jin and Cheongyu’s feet to the fire, but an actually good man would tell Moon-soo that it wasn’t Kang-doo’s father’s fault that the mall collapsed. An actually good man would look at the person he’s in love with, see she’s in love with someone else, and patch up his heart another way. Not ask her to go to dinner (subtly using the boss-employee hierarchy to get her to comply) and then tell her that you’re offended about her thinking about someone else all the time. I can’t even be happy that she wanted to blow you off so she could go to Kang-doo because you had to confront her about how she wasn’t being considerate of your feelings (in earshot of Kang-doo!).

Just get out of the way so I can focus on Moon-soo and Kang-doo’s romantic angst, all right? Moon-soo’s parents are going to be obstacles enough without you butting in. 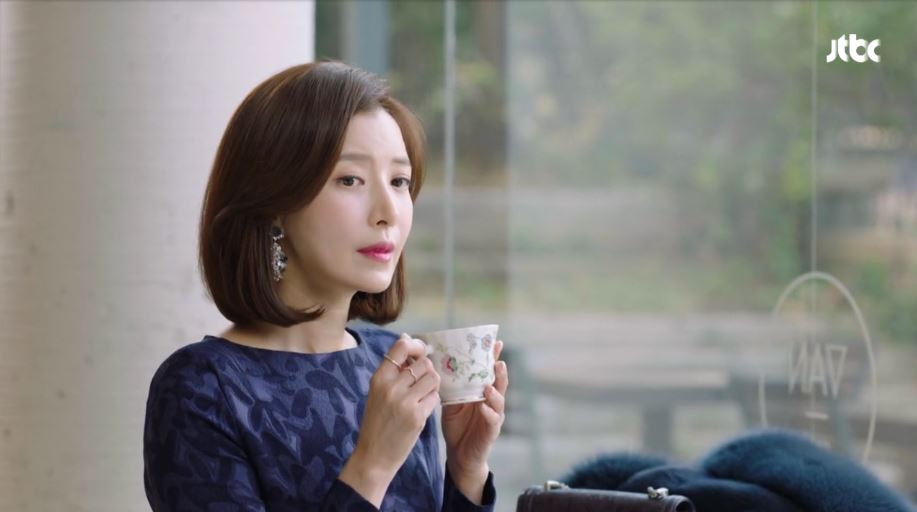 As for our smaller side plots, Ma-ri continues to worry me. On the one hand, I definitely want you to find a guy who will make you coffee and hang on to your every word; on the other hand, everyone knows you’re just Yoo-taek’s replacement goldfish for his first love. (Unless you’re actually his first love, in which case, well played.) He won’t leave his wife for you, you won’t ever be happy as the other woman–just take his cash and keep your heart locked up safely.

The medicine seller, however, worries me even more. Yeah, I know, I know, she has a brain tumor, but we’re only at episode eight and she’s already having memory problems. It would be much cuter if she were trying to match-make for Kang-doo just because she wanted to and not because she was trying to do nice things for him before she dies. Please get treatment, all right? We all saw how devastated Kang-doo was when Moon-soo pulled away from him, and I can only imagine that his grief will be even worse if you die without telling him you were sick.

That said, I loved that the medicine seller told Kang-doo that the bad shit never goes away and he needs to learn to build a good life anyway. Maybe if he can sort things out with Moon-soo, he can figure out how to do that.