There’s one short time-travel romantic comedy for you to kick off 2018. Will this make it on your watch list? 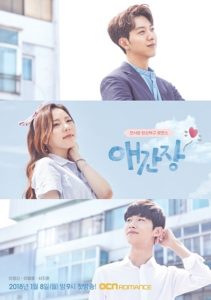 Math teacher Kang Shin-woo still regrets never confessing his feelings to his first love, Han Ji-soo, from high school. So when strange circumstances throw him back ten years into the past, he finds himself with a second chance at resolving his feelings. However, the one thing Shin-woo didn’t expect was to run into any competition—much less competition from his own, younger self.