TL;DR: I honestly didn’t expect this plot point to resurface, so I am equally delighted and horrified. 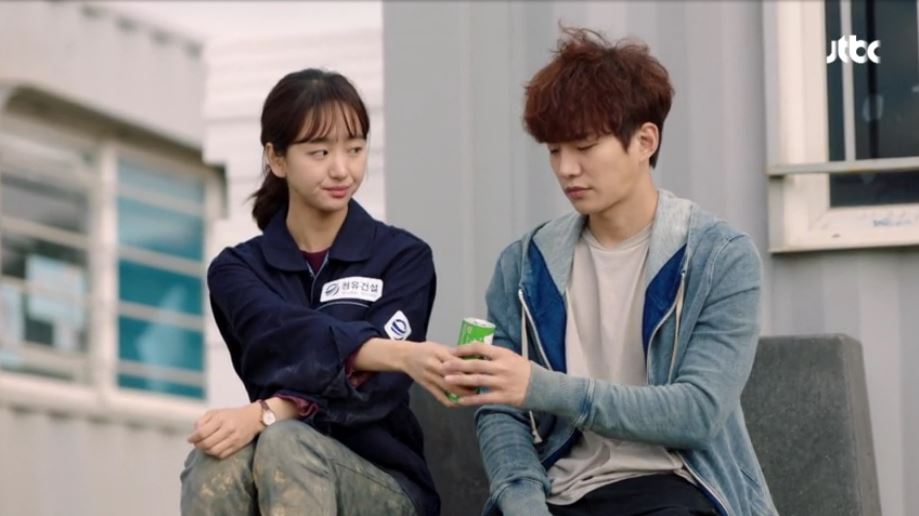 But first, let us take a moment to admire the pace at which Moon-soo and Kang-doo are developing feelings for one another. I love that they are spending so much time together and in doing so, learning more about each other and allowing themselves to be vulnerable in front of the other. Working together allows them to find things to admire in one another and even be concerned about one another. Sometimes, they even get annoyed with one another (see: Kang-doo’s terrible backseat driving).

This feels like a carefully crafted relationship, and that’s one of my favorite things in a romance. It was wonderful to see the concern and care they showed each other: how Moon-soo rushed to check on Kang-doo because she remembered the foreman talking about potential soil instability, how she put herself at risk when she saw he was in danger, how Kang-doo warned her away from seeing the dead body, how he got her a soda the next time they saw each other, and how she listens to him in a way not many people do.

I am ridiculously excited for the two of them to get together and begin the process of helping one another heal from their trauma. (And for more scenes of Ma-ri and the medicine seller speculating over Kang-doo’s romantic life.) 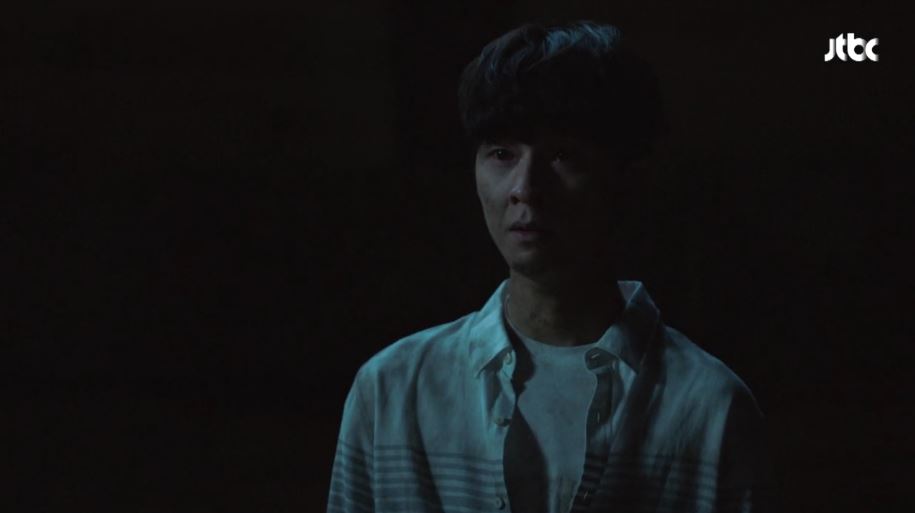 Though holy shit, is this some trauma. The quiet unveiling of what really happened in the mall collapse has been masterful, and it makes me wonder if it was all filmed beforehand. (For the sake of the cast and crew, I hope it was.) Joo-won’s review of the survivors list revealed that Moon-soo had been trapped underground for three days, and Kang-doo, the last survivor, had been trapped for seven.

And if that weren’t enough of a nightmare, the person grabbing at Kang-doo’s legs, whose voice he hears, whose ghost he sees, isn’t just some random victim—that’s Choi Sung-jae, the boy Moon-soo asked to meet her at the mall. I honestly hadn’t expected Sung-jae to be of any real relevance; I figured that he was just a throwaway reason for Moon-soo to be on a different floor from her sister and survive the collapse.

Instead, all three of them were within feet of each other when the mall collapsed, and Sung-jae clearly didn’t make it out alive. I’m desperate to know exactly what happened during the collapse and how Kang-doo and Moon-soo got separated. We now have three people in play in one small section of the rubble—just what happened there? 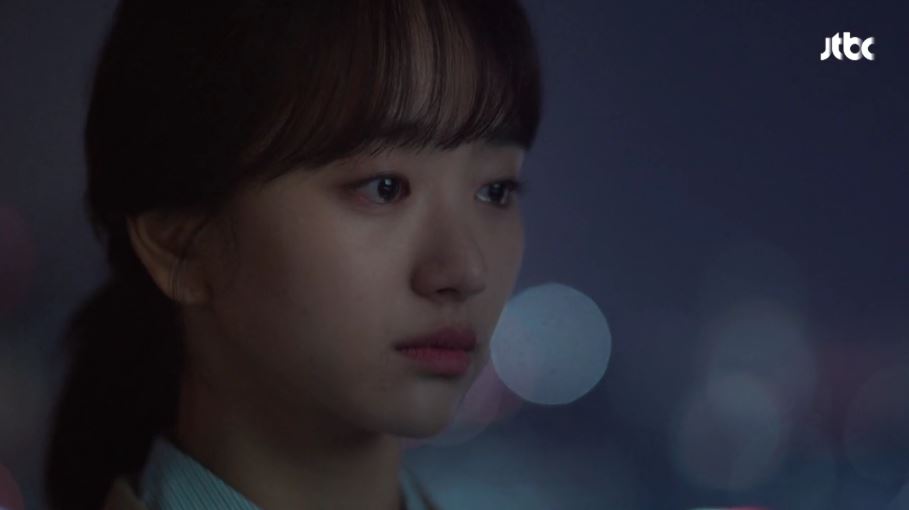 Moon-soo’s ending narration was just awful. I thought it was bad enough that she had survivor’s guilt for stepping away from her sister’s side and being short with her, but at least her sister would have been at the mall regardless. But Sung-jae—he only went there because Moon-soo wanted to meet him there. What kind of awful repercussions has that had on Moon-soo? She already carried so much weight, and now the audience knows that she is carrying yet another burden.

It makes her work with Kang-doo on the memorial that much more important, I think. Moon-soo and Kang-doo have both been so dissatisfied with the minimum-done-to-keep-face efforts the construction company has made, so now they’re trying to build a memorial that will provide some kind of comfort, some kind of outlet for grief for all of the survivors. Including themselves.

I wonder if that banker will become an important character. He seemed to have some kind of recognition when Kang-doo passed by him. Regardless, I like that he pointed out that the construction company was already required to include green space in their design and that turning it into a memorial park would just help them absolve themselves of their guilt.

The banker also provided a contrast to the poor woman who died alone in her home. His father was a regular employee, and the settlement money he received allowed him to get ahead in life via a top-notch education. But the woman whose son was just a contracted day laborer appears to have gotten little, if anything, just like Kang-doo’s family. (Though that led him to the loan-shark-now-medicine-seller, so it’s not all a loss in my book.) The fact that this has been brought up again makes me think that demanding reparations for everyone affected by the mall collapse will be a key ingredient to obtaining a happy ending. 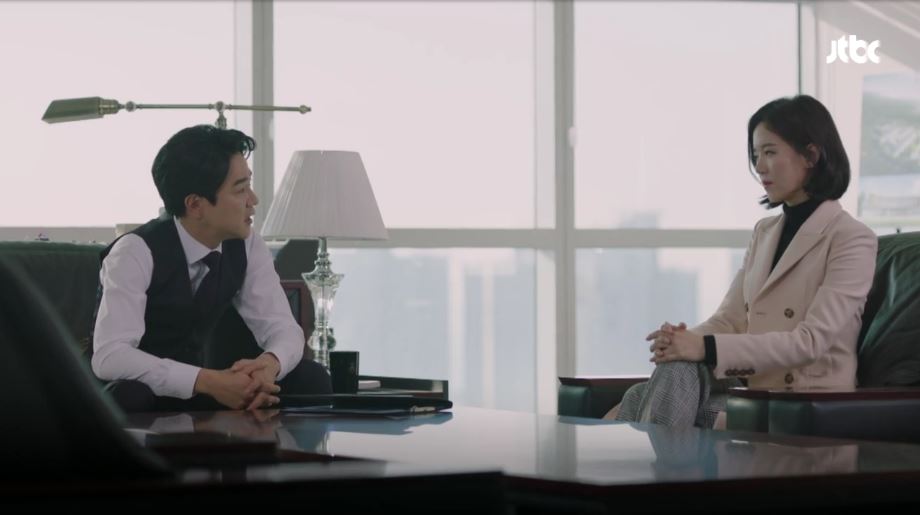 In that vein, Yoo-taek is clearly intent on proving himself to be the worst. Yoo-jin continues to reprimand him for doing a shit job in protecting the company and is far from sympathetic when he whines about not having the privilege of being embarrassed. If Yoo-taek isn’t careful, the knife he’s going to find lodged in his back will be Yoo-jin’s, not Joo-won’s.

As much as I don’t trust Joo-won, I am actually pleased that he admitted to being scared. He’s terrified of following his father’s footsteps and compromising in order to appease the higher ups. He does not want his lack of a spine to turn into a tragedy for others, and that is admirable. Joo-won is pragmatic about his goals and about uncovering any potential problems/corruption in regards to the building site, and that ups his danger factor for Yoo-taek. I cheered when he told Yoo-taek he would have to take responsibility if they didn’t redo the survey, and I wish Joo-won all the best of luck in digging up dirt (or body parts) on the corporation.