TL;DR: Well, that’s a great cliffhanger for finale week. Thank goodness I don’t have to wait. 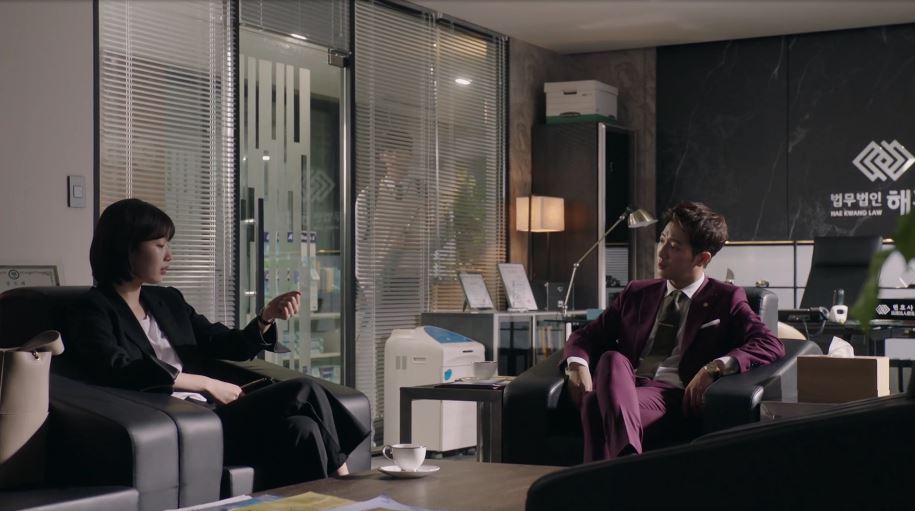 So one of the things I’ve noticed about Yoo-beom is that he is very confident in his own intelligence and abilities—but he’s also easily shaken. If you set out to flatter his ego at all, you can completely distract him from your purpose. He truly thinks himself as better than pretty much everyone else (see: all the times he has called his clients some form of trash), but he has committed serious crimes of his own. A truly clever man—and not one convinced of his own cleverness—would not be at all at ease after receiving those creeper texts. And yet Hong-joo was able to manipulate him easily because he is entirely ready and willing to believe that someone who doesn’t even like him would come to him for his opinion.

And what a lovely little scene that was. It’s in moments like this that I believe Hong-joo was and continues to be an excellent investigative journalist. She got him to talk in general about the reasons why a prosecutor would leak information to the press, only then to use his own reasons against him about why he leaked information to her about the IV serial killer case the year before. Since it has been implied that the IV serial killer case was one of the last stories Hong-joo worked on, I wonder if her part in disseminating that information is what helped convict an innocent man—and made her death dream possible. If she hadn’t run with Yoo-beom’s leaked info, would he have had to keep digging and have found the real killer without fabricated evidence? It’s possible that Hong-joo helped set her own death dream in motion a year ago because she accepted the information from Yoo-beom about the case.

If that’s true, then Hong-joo’s character arc isn’t about learning to change her dreams or making peace with herself over her childhood dark side temptation or even falling in love—it’s about righting a wrong she hadn’t realized she had helped perpetuate. 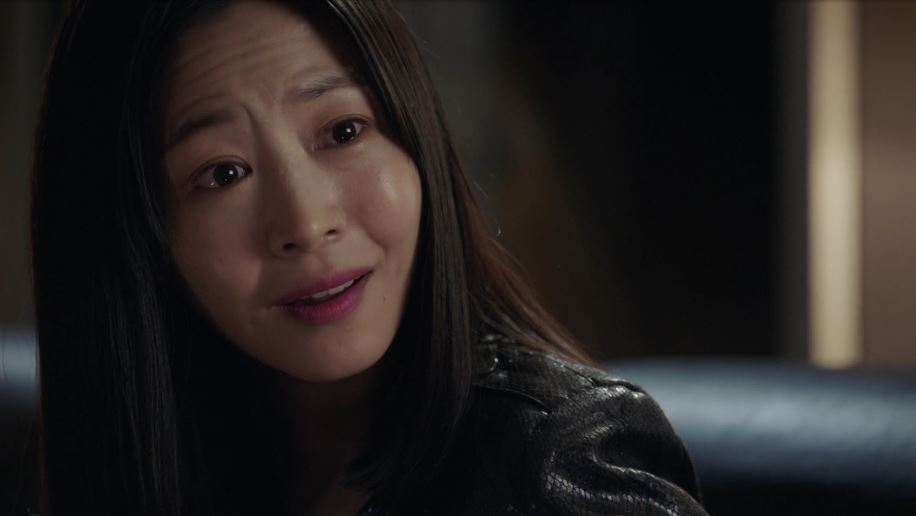 In the meantime, wow, is this killer something. It isn’t often that dramaland gives us a female serial killer, much less one that is capable of making our series-long antagonist fall apart in the space of a couple minutes. Joo-wan played Yoo-beom just as easily as Hong-joo, and she clearly enjoyed taunting him about it beforehand.

(I’m side-eyeing the fact that she is chronically ill, but once again, not a thing I believe I’m equipped to talk about. I would have preferred it if she had been another medical professional at the hospital instead.)

Joo-wan is deep into the serial killer logic about why she deserved to get away with murdering 19 people, but she is also cognizant of the fact that the one person she can blackmail over this is also, conveniently, a high-powered defense lawyer (who has been losing a lot of his recent cases, oops). She is clever, vicious, and has no compunction about killing again if that will keep her free. Joo-wan is also scary in a way that Yoo-beom has never managed, and I’m excited for a physical threat against our heroes in the finale. 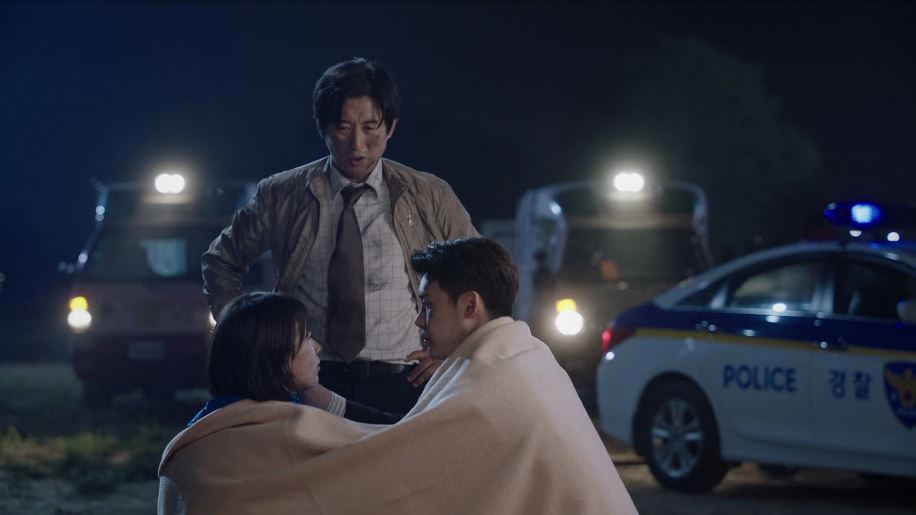 In the meantime, Dam-dong is definitely worrying me. Why are you rushing off to clear your name on your own? Like, I get that guilt is a thing, but storyteller-me is concerned you’re going to get yourself hurt trying to get that exculpatory evidence and/or trying to prove that Yoo-beom did in fact plant evidence during the IV serial killer case. Ignoring phone calls and dining with Yoo-beom is not the way to go about this! Teamwork, please!

It’s still sweet that Jae-chan believes so strongly in Dam-dong’s innocence. I really don’t want him to be wrong. Regardless, I was pleased when Woo-tak turned Jae-chan’s words re: Hak-yeong’s unknown innocence back on him, because if there’s any chance to actually clear Dam-dong of wrongdoing, Jae-chan will have to show he investigated Dam-dong thoroughly, too. He can’t go easy on him and satisfactorily clear the cloud of suspicion around Dam-dong. As much as it hurts his heart, Jae-chan needs to be by the book in this case so that the possibility of bias can’t be used against him.

I’ve finally caught up to finale week, and I’m looking forward to how our heroes will take down the bad guys, once and for all.