TL;DR: Savor this cute stage while you can. This is a melo, after all. 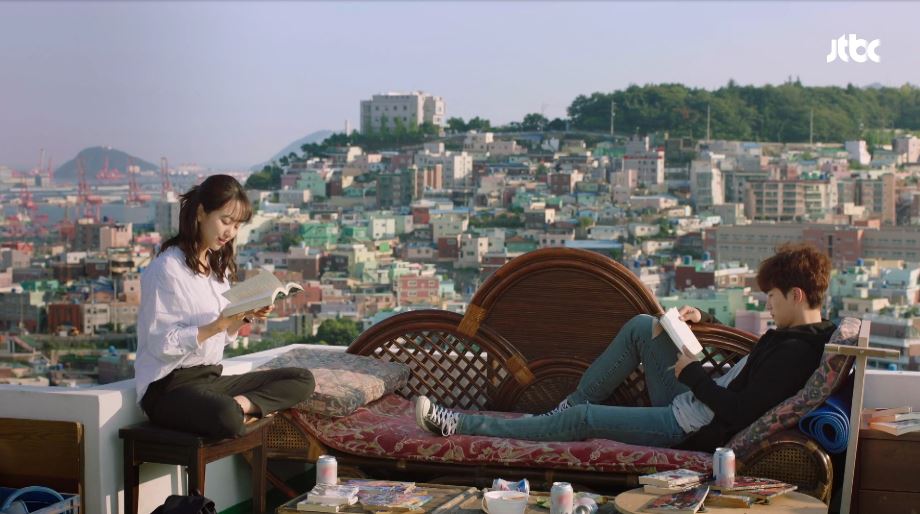 Right now our leads are in the getting-to-know-you phase, and it’s adorable. Moon-soo is delightfully curious about Kang-doo and who he is, while he is piecing together the clues that say she is the girl who was trapped with him in the collapse. But most importantly, when Kang-doo pointed out that Moon-soo’s determination to satisfy her curiosity in spite of his own feelings was a form of violence, she apologized. Now the two of them are falling into a pattern where they’ll ask questions—and then let it go if the other doesn’t want to answer. That will make their eventual opening up to each other all the sweeter, because that will be an unequivocal demonstration of trust.

This is an important phase in their relationship. Instead of just resting on the fact that they both experienced a horrific tragedy together in childhood to build the case for why they should get together, the show is building a relationship for present-day them. I loved that they got to spend an afternoon together largely in silence to read comic books and drink beer, that Kang-doo will go to a restaurant he doesn’t particularly like just because she wants to, that he listens to what she says, that she notices all the kind things he does in spite of his selfish words, and that she is genuinely concerned for his safety when she remembers he has the night shift and it’s raining.

I’m just worried about what will happen when Moon-soo remembers the mall collapse. Kang-doo is conflicted about it—on the one hand, it seems horribly unfair that she has forgotten and is seemingly living an easy life while his life is awful. On the other hand, the medicine seller pointed out that just because she isn’t making a big deal of her pain doesn’t mean she isn’t experiencing it. We’ve been privy to more of Moon-soo’s pain than Kang-doo has, and I’m grateful that he hasn’t tried to push painful memories on her.

Also, he said he would hide his hypothetical romantic feelings if it meant he could stay a hypothetical woman’s friend (read: Moon-soo), and I will confess to that being one of my favorite tropes (when it’s done right) when it comes to guys. 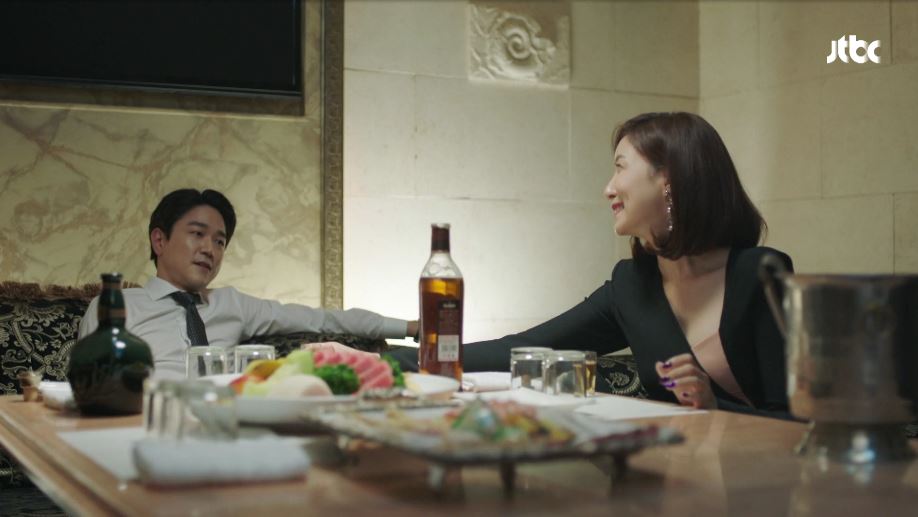 One thing I am not grateful for are the small ways in which the show tries to make Yoo-taek sympathetic. The instant you beat a room salon girl is the moment I want to set you on fire always, so I don’t care at all that Ma-ri called him pitiful. Oh no, the rich dude who married for money/power/something other than love is sad and in over his head at work due to being appointed to a position out of his range thanks to nepotism and being the oldest son and takes his frustration out on those weaker than him, boo-hoo. *insert massive eye roll here*

Consequently, I love each and every scene where Yoo-jin gets in digs about Yoo-taek’s incompetence and otherwise cuts him down several pegs. (Or whenever Kang-doo gets in under his skin.) She ought to be in his place—she would do much better in his place—but she isn’t, and she dislikes having to step in to fix things and/or prod him into doing the correct thing (like replacing the memorial) that his petty pride is preventing him from doing. He has no redeeming qualities, and I’m resentful of every moment he is on camera. Just go lurk until the finale when you can get arrested or otherwise disgraced, okay? 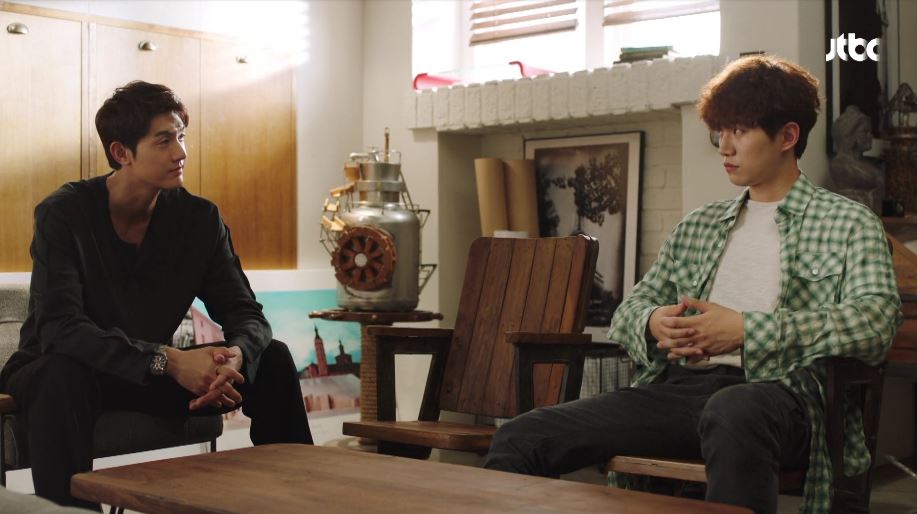 Joo-won, in the meantime, is really starting to rub me the wrong way. While I wouldn’t say he has crossed any serious lines, he’s tiptoeing right around the boundary of creepy and considerate. I’m very displeased he went through Moon-soo’s notebook, and him filling her lunch container with food before returning it just made me cringe. (And I don’t know if it’s that way in the original Korean, but the English subtitles for his conversation with her about not being intimidated because she was his person just made me go yikes.) Couple that with his general poker face, and I can’t tell how much of his interest is genuine and how much of it is Moon-soo being a diversion from his actual complicated feelings toward Yoo-jin. I’m concerned that Joo-won now strongly suspects that Moon-soo’s sister died in the mall collapse. What is he going to do with that information? Will he use it to try to bond with Moon-soo? Where was Joo-won during the collapse, anyway? We know he was on site shortly before it happened.

Another thing that concerns me right now is how Yoo-jin’s unseen—assistant? underling?—employee knew that Kang-doo was a victim of the collapse. (Yoo-jin’s attempt to fire him was too predictable to be funny, sadly.) Has the company been keeping tabs on the families of those they wriggled out of compensating? Why? And why is Yoo-jin willing to keep this secret from both Yoo-taek and Joo-won but tell Kang-doo she knows?

I feel like we are on the cusp of some serious corporate shenanigans soon, and that makes me anxious. So does the fact that Kang-doo is having flashbacks to another man buried under the rubble with him. Just how much of that is real? How much of it is an awful manifestation of survivor’s guilt?