TL;DR: Our leads are getting so close to figuring out their shared trauma and yet they are so far away. 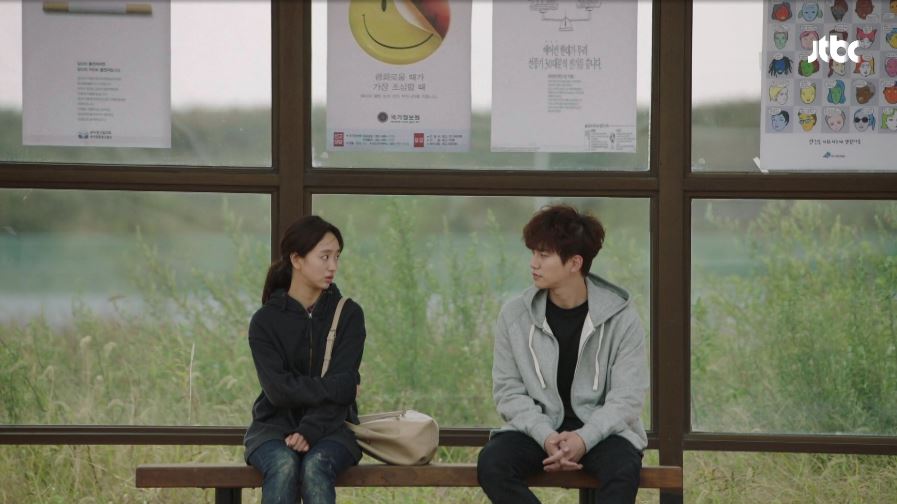 I don’t know about you, but I’m very excited that our leads are inching closer to the truth about their shared trauma. It feels like each time we have a flashback about the building collapse, we learn more about what happened to Moon-soo and Kang-doo. This time we find out they actually came face-to-face underground. The question now becomes, just how much of that does Moon-soo remember?

The Moon-soo we saw in the hospital had a head injury, a broken arm, and a broken leg (from what I recall), but in this episode’s flashback, her mobility seems to be pretty good. It has also been implied that when she was dug out of the rubble, she wasn’t near Kang-doo anymore and was practically unconscious. Did she have to move further back because of structural instability? Did she try to go get something that either one of them needed and get caught somewhere?

I originally thought that Moon-soo had been lying to her parents about not remembering what happened, but now I’m questioning that. Post-head trauma, does she legitimately not remember the boy who sang to her under the rubble? Or is it just that she never found out the name of the song Kang-doo sang and thus didn’t recognize the name of the band when he threw it at her at the memorial? She remembers portions of the ordeal on some level, considering her panic and flashbacks. It’ll be interesting to find out the particulars. At least she suspects that he was in the disaster as well, and I wonder how that will change their dynamic. 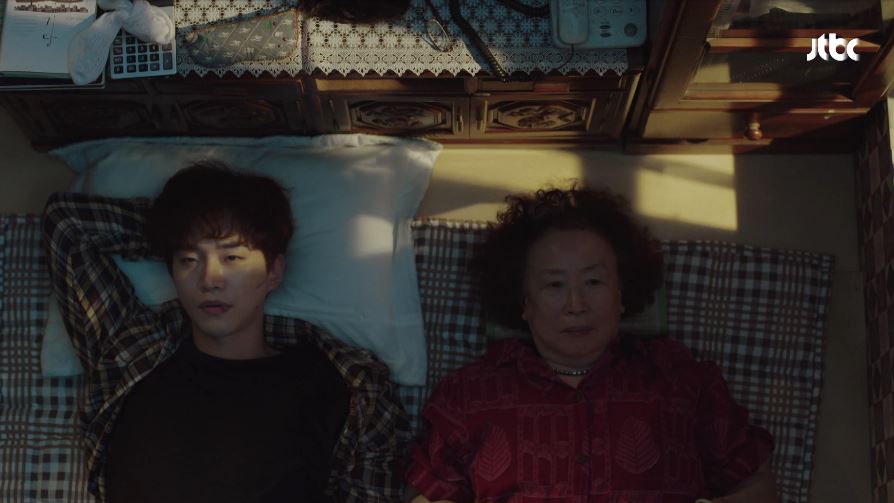 Kang-doo continues to be a caring guy, which makes me very happy, even if he shows it in unorthodox ways. When he heard the medicine seller hadn’t opened her shop, he broke in to check on her and then insisted on staying to keep her company/watch over her under the pretense of being too tired to go back home. Then he went to the hospital to ask Jae-young to come do a house call (which the medicine seller had her lie about, yikes), and he helped Wan-jin into the taxi (…which got some side-eye from me, but that’s not a topic I think I’m equipped to tackle). When Ma-ri checked up on him, he even reiterated that he wasn’t angry at the room salon girl for hitting him on Yoo-taek’s orders.

So I can trust that his kindness toward and consideration of Moon-soo isn’t a one-off thing that will make her responsible for his good behavior. Kang-doo going in search of her and rescuing her, offering her his jacket, giving her a hoodie, and going to get medicine for her isn’t just about him being nice toward the person he is developing soft, squishy feelings for—it’s about him actually being a pretty decent but prickly person.

(And all the points to him for stumbling on top of Yoo-taek under the pretense of being too drunk. That made me snicker, and Yoo-taek deserved that much payback for the slaps, at least.) 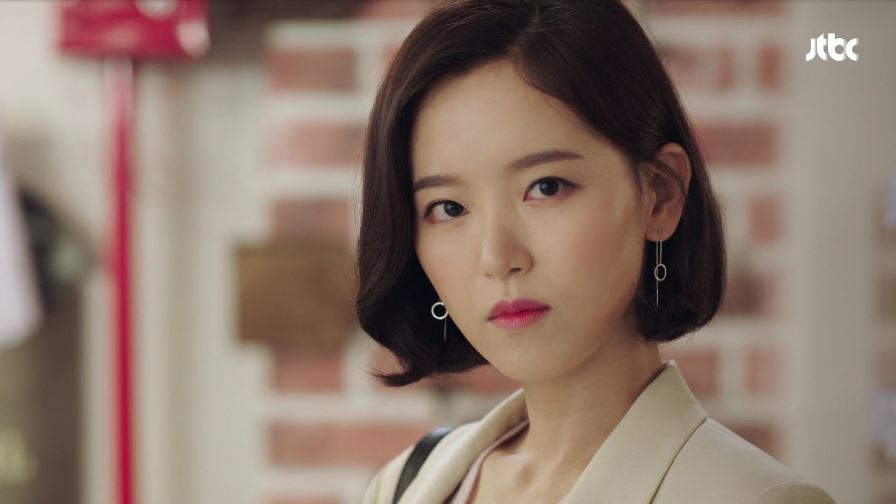 Right now, though, I’m most worried about Moon-soo and all of the office politics she’s getting caught up in. I’m glad that her misunderstanding/fight with So-mi was resolved so quickly—internalized misogyny and hellish cultural expectations can mess with anyone—and that they seem to be on track for being office friends. It was sweet of Moon-soo to get So-mi a skincare item she had remembered she was running low on (it showed she had been paying attention to what So-mi used), and it was equally adorable that So-mi got Moon-soo an all-in-one item (because that showed So-mi knew that Moon-soo wouldn’t be the kind of person to have a complex skincare routine). I’m hoping the two of them can band together against Yoo-jin, if necessary, who is shaping up to be a much larger threat.

Dramaland has taught me a lot of things about Yoo-jin-esque characters—mostly disastrously low expectations peppered with a fuckton of girl hate—so I’m hoping that the writer does Yoo-jin better than some of the other incarnations I’ve seen. Right now she appears to be aware she might have some competition for Joo-won’s affection, but other than wanting to scope out Moon-soo, she hasn’t done anything cruel to her. Keep it that way, please. (And that goes for Joo-won, too—don’t use Moon-soo to get a rise out of Yoo-jin.)

I find it interesting that Yoo-jin is blatant and direct about her feelings, but at the same time, she’s only doing so where it’s safe for her to do so. Joo-won correctly guessed that she hadn’t told her father that she wanted to get together with him, and he was right to stand up for himself and say he didn’t think he ought to start a relationship where you couldn’t tell the people closest to you about it. That’s as clear a signal as any that Yoo-jin won’t be making any headway with him until she’s willing to upset her father and brother by declaring her feelings openly, even if it causes problems for her in the family business.