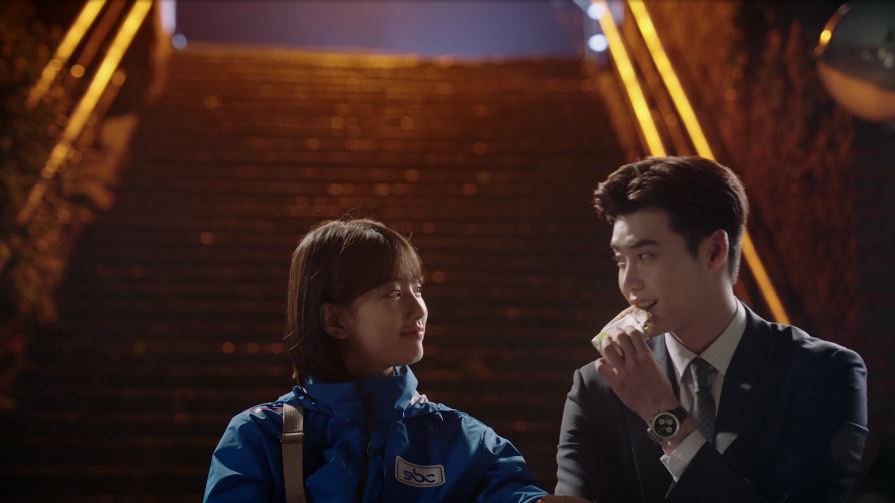 I feel like it has been a long time since I’ve seen a male lead so uncertain about his work. Dramaland is no stranger to a plethora of male geniuses who get by on the-end-justifies-the-means results and assholery, but Jae-chan is keenly aware of the many ways in which he lacks. From embarrassing moments to social blunders to just being terribly slow with paperwork, he leaves so much to be desired that everyone agreed it would be way better for Hong-joo to shadow anyone but him on a day at the job. Meanwhile, Hong-joo is respected at work, and her colleagues generally think she has good ideas and a keen sense of finding and pitching stories. So it was nice that this episode took a moment to delve into Jae-chan’s insecurities and how, sometimes, the things that make him awful at his job are also an asset.

(Except for the typos.)

One of the themes While You Were Sleeping keeps coming back to is that when you’re under pressure to hit your numbers, you end up overlooking crucial things. If someone like Jae-chan had been around in the prosecutor’s office ten years ago, could he have prevented the cell phone thief’s daughter’s death? All signs point to Dae-gu’s father being wrongfully convicted due to fabricated evidence, and Jae-chan still has to decide to investigate after hours because his boss believes there’s nothing there. Jae-chan is easily swayed by a good story, and that drives him to actually investigate every possible thing. Most of the time it’s a waste of effort—but this time it’s setting him on the path to clear an innocent man’s name (sadly, far too late) and uncover corruption within the justice system, starting with Yoo-beom.

In Jae-chan I see echoes of I Hear Your Voice’s Lawyer Cha, a man who wanted to defend his assigned clients to the best of his ability so they would receive just treatment. Jae-chan is working on the other side of the courtroom, but he is also concerned about justice—especially in preventing its overreach. He was swayed by the story of a daughter who needed care, and even though it was a fake story this time, he still felt the need to apologize for the time when it was true but wasn’t believed. And even if those traits are ones that get him yelled at by his boss, the kindness and care in that gesture earned him a copy of the cell phone data, which will be crucial for this case. 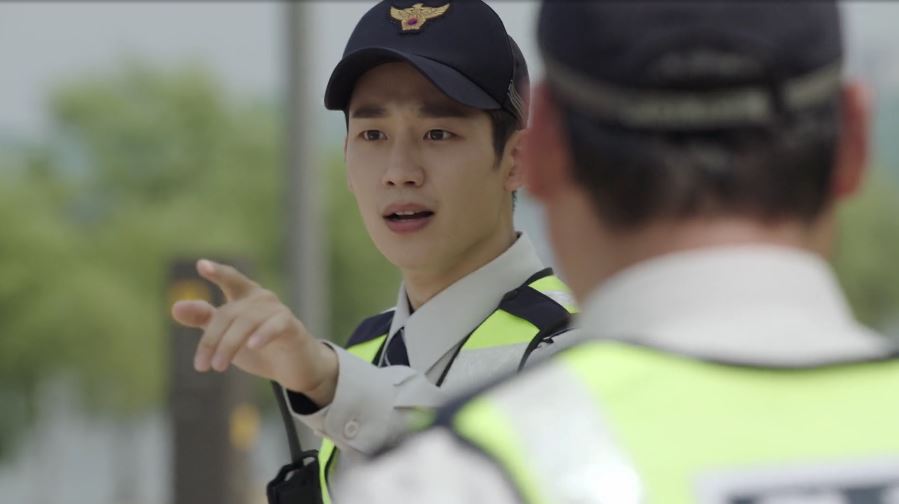 Woo-tak’s secret—colorblindness—was confirmed with these episodes, as was the fact that his sunbae has known and kept quiet about it for some indeterminate amount of time. And while their little exchange was heartwarming, I can’t help but find myself concerned by it. It’s great that Woo-tak has a good partner who will help him out when necessary—the checkered pants thing was an excellent on-the-fly adaptation to an unhelpful description—but how long is that really sustainable? He surely can’t be in that same job with the same partner his whole career. At some point he’ll have enough experience and will have been on the job long enough they’ll want to promote him to at least the senior in a patrol partnership. What happens when his current sunbae gets promoted or retires or is out on sick leave or vacation?

What happens when the next suspect that needs to be chased down is wearing a gray shirt and blue jeans and there isn’t a distinctive pattern for him to latch onto? What Woo-tak has right now is a secret that can easily come back to bite him. It’s great that he somehow passed the vision tests without lying (how did that work?), but he is in a precarious position right now. Will this ever be addressed again? Or since we got our thematically appropriate feel-good answer, will this matter be dropped? 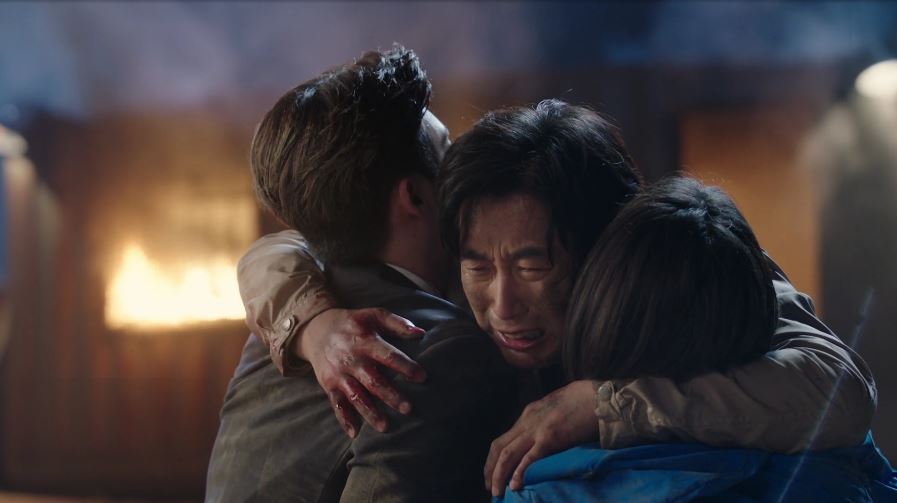 In other news, it turns out that the deserting soldier’s cop brother is none other than Dam-dong, which was a pleasant surprise. The question is, has he been having these dreams the whole time? And if so, why has he so spectacularly failed to intervene before? Did he have a case of “can’t ever change anything” like Hong-joo did earlier? Or, since both Hong-joo and Jae-chan saved him, does he only dream of them when they’re together? If that’s the case, he wouldn’t have begun dreaming until the show itself started, which would be an interesting spin on it. Does he only dream of when they’re both in peril? If so, that means he should have had at least one other dream—the first time Hong-joo changed something on her own. Hong-joo dreamed of someone catching fire, Jae-chan dreamed of Hong-joo being chased, and then Woo-tak dreamed of both of them getting caught. Shouldn’t Dam-dong have had Woo-tak’s dream as well? If he did, did he try to intervene and just fail?

There are so many questions I have about this, and I’m hoping that we’ll be able to answer them quickly. The reveal of his identity probably means that this IV serial killer case and his unwitting help with falsifying evidence will be the final major plotline that helps bring down Yoo-beom. I’m excited to see what happens. Will he fess up to his true identity and connection with Hong-joo and Jae-chan?

(Though this doubles my concern about his mortality—older mentor figure who definitely feels like he has to atone for at least one, possibly two big things? He would make an excellent sacrificial lion heading into the finale.)