TL;DR: I was not expecting them to all be in such close proximity so quickly. 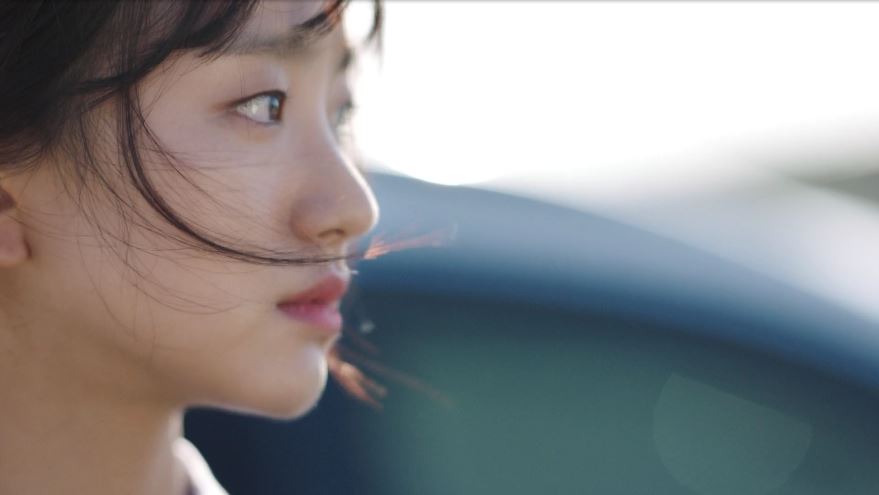 Oh, Moon-soo. With every episode, she breaks my heart more. She has a tighter leash on her trauma than Kang-doo, but we got to see more of her breaking points this episode, from flashbacks at the construction site to her literally screaming in fear over her mother.

This episode confirmed that Moon-soo has been her mother’s caretaker for years—likely from before her parents separated in the wake of Yeon-soo’s death. She spends most of her scenes with her mother either forcing her to go about her daily life or running interference with neighbors/customers she picks a fight with or taking care of her when she’s too drunk to take care of herself. It’s no wonder she has a breakdown in this episode over the drowning scare. I can’t imagine carrying that fear that her mother will someday commit suicide, especially not when she has taken on so much responsibility for her mother’s life already. Moon-soo’s breakdown in the kitchen was awful and heart-wrenching, and I can’t help but wonder how many times she has done this before in the privacy of her own room. And while it’s nice that we had a cute scene where the mom tried to get her shit together and make dinner, my second-hand experience with alcoholics says that the bad times will be back in short order if Moon-soo’s mother doesn’t actually deal with her issues.

In other news, I’m proud of Moon-soo for deciding to stick with the BioTown project, even if I’m still concerned for her mental health. Helping construct a safe building on that spot could probably do a lot to help her with her healing, but it could come at too high a cost. I’m glad she has put two-and-two together and recognized Kang-doo as the guy she rescued in the alley. Here’s hoping we can go from curious glances and passing words to more substantive interactions. 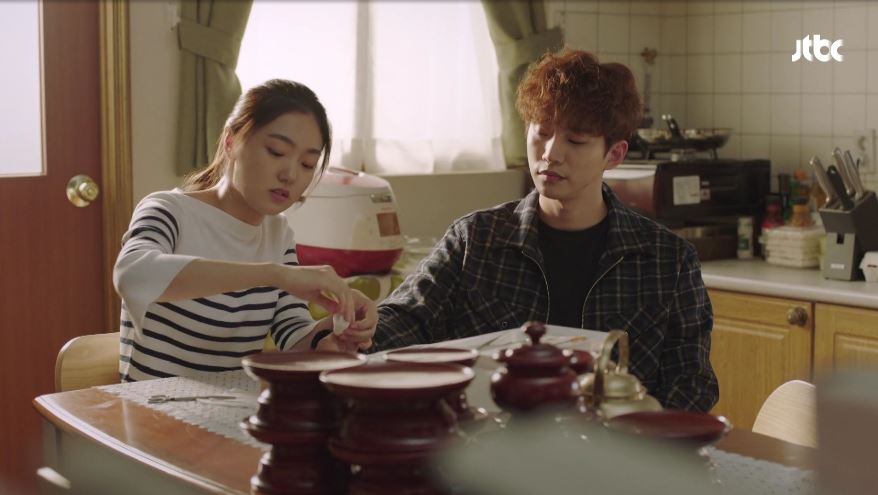 We got more of Kang-doo’s backstory in this episode: his mother died after a long illness, and his sister is struggling in her medical residence. (Side note: Fuck her boss. You don’t kick your employees in the shins.) But we still don’t know why he hasn’t come home—both his parents are dead, and he clearly cares about Jae-young, who is worried about him and wants him back. Are there too many bad memories in their old (now rented) house? Did something happen to make him feel like he was unworthy of living there? He loved his mother enough to come back and perform a jesa ceremony for her, so what gives?

I do like that, despite his gruff moments and temper, Kang-doo has been kind/nice to a lot of people. I’m almost universally wary of male characters who are nice only to their love interest (because it’s not the beauty’s job to tame every beast who gets a fancy for her), but Kang-doo loves his sister, has a good relationship with the medicine seller, and wasn’t angry at the room salon girl for slapping him repeatedly on Yoo-taek’s orders. (He asked if she was okay! He tried to refuse his split of the money!)

He’s cocky and blunt and a bit of a misanthrope—When you’re about to die, you only care about yourself—but he hasn’t been cruel or violent to anyone undeserving of either, so I’m still hanging onto my hope that he’ll behave and I can ship him and Moon-soo happily. 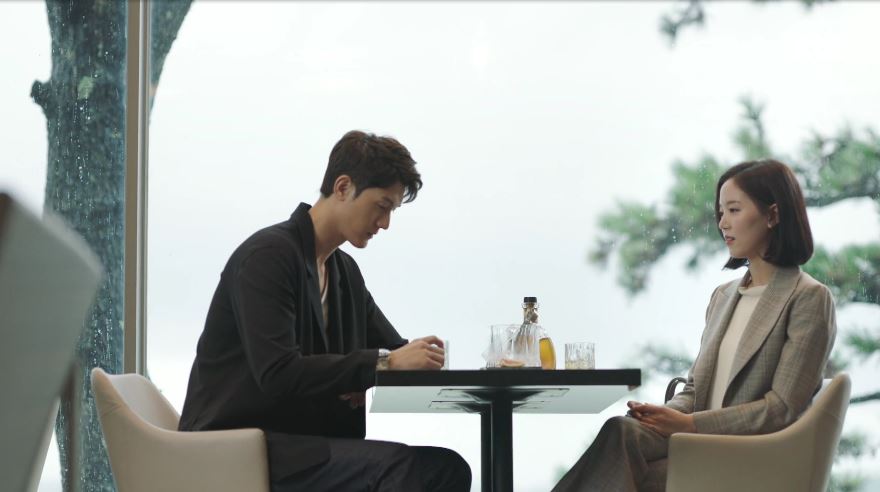 Meanwhile, over in Dysfunctional Romance Land, it looks like Joo-won and Yoo-jin had a thing for each other, once upon a time, which Joo-won’s mother and Yoo-jin’s father ruined by going and marrying one another. And while Yoo-jin is obvious and aggressive with the torch she still carries (I am so fucking excited for her character, please do her justice), Joo-won is far more difficult to read. That fist-clench at the end of their private talk makes me think he still has a torch of his own for her, but he has also started being attentive to Moon-soo, and that doesn’t really please me.

To me, Joo-won feels more like a mid-2000s second male lead—you know, generically kind, a little bland, with a massive guilt complex and a paternalistic side that makes you want to stab him sometimes. I can easily see him slipping into a Daddy Long Legs role with Moon-soo, whether or not she wants that. He’s also got that mid-2000s second male lead snake-y vibe—you know, you can’t trust him because under that milquetoast demeanor he’s actually unbelievably shady. Did you see how expertly he blackmailed Kang-doo into being his spy? And how easily he let go of the destruction of the memorial in exchange for getting something that benefits his agenda? Couple that with his comment to Yoo-jin about how accepting help from her instead of her father would have been more difficult and I am suddenly extremely distrusting of this man. I’m pretty sure Joo-won’s not a bad guy (that’s clearly Yoo-taek’s job), but that doesn’t mean he won’t be an obstacle in the future.

(Right now, the two of them strongly remind me of the second leads in Coffee Prince. Anyone else see it?) 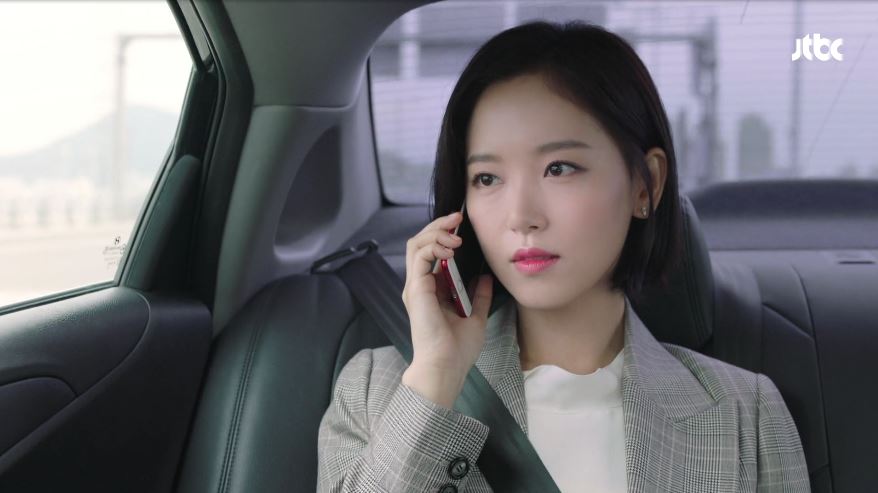 I’ve got an extremely soft spot in my heart dedicated to brittle, prickly women with hurt feelings and lots of power, so I am delighted by Yoo-jin’s presence in the show. We know far too little about her for me to accurately gauge what her ultimate character arc will be, but I’m guessing it will narrow down to whether she finally sides with her brother or with Joo-won. Unresolved feelings will probably be the deciding factor.

For now, I’m interested in seeing how she upsets the balance Yoo-taek and Joo-won have found in their lives. Yoo-taek fought to keep her out of the country, but she overcame his professional objections and returned to oversee Joo-won’s quiet architectural firm. She doesn’t seem to have much affection for her brother, considering how coolly she pointed out that he didn’t marry for love, and I can see her eventually getting fed up with Joo-won’s avoidance. Yoo-jin could very easily go for scorched earth on both sides if neither man can persuade her to be an ally. Just so long as she keeps any potential jealousy carefully controlled when it comes to Joo-won’s consideration of Moon-soo, I’ll be happy to have her on my screen.

With Yoo-jin’s entrance and Kang-doo’s new status as spy, we’ve added corporate machinations to our plot. Let’s see how it all plays out.

(And oh, by the way, if anyone can point me to commentary on this show by someone who uses a wheelchair, I’d love to see what they make of Wan-jin.)