TL;DR: Oh, hey, the show remembered all that ominous foreshadowing it did way at the beginning. 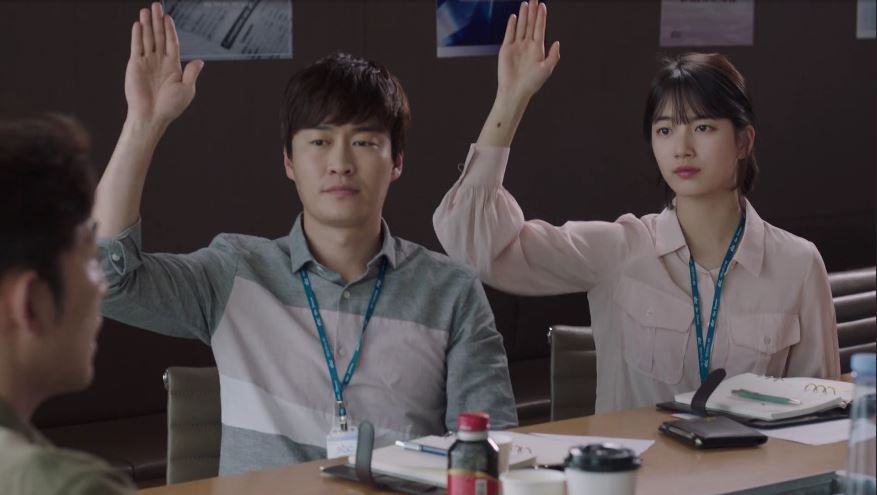 These episodes took a long, hard look at the stories we feed others and just how far our responsibility extends to them. Even though Hong-joo rightfully refused to report on Hak-yeong’s criminal record, other stations and society at large dove straight in, dragging an innocent man and Jae-chan through the mud for things they didn’t do (murder and a careless investigation). Public sentiment, as they say, has inertia, and the people already had a narrative they liked.

So I am happy that our heroes proved themselves worthy of that title. Hong-joo and her sunbae pushed back repeatedly against their boss when he didn’t want to admit that their station had gotten the facts wrong. That’s the kind of integrity any journalism industry needs if they are to ever serve as a healthy check and balance upon government and society (*pointedly stares at her nation’s mass media*). A man had been wrongfully accused, and they needed to own up to the part they played in it. So while Woo-tak’s suggestion for an interview was also motivated by the desire to keep Hak-yeong from stabbing Jae-chan, it doubled as—well, just the right thing to do. They allowed a wrongfully accused man the chance to proclaim his innocence when he hadn’t been given a voice before. That’s how SBC could make amends for their sensationalistic reporting, and with any luck, it mitigated the damage, just a little bit. 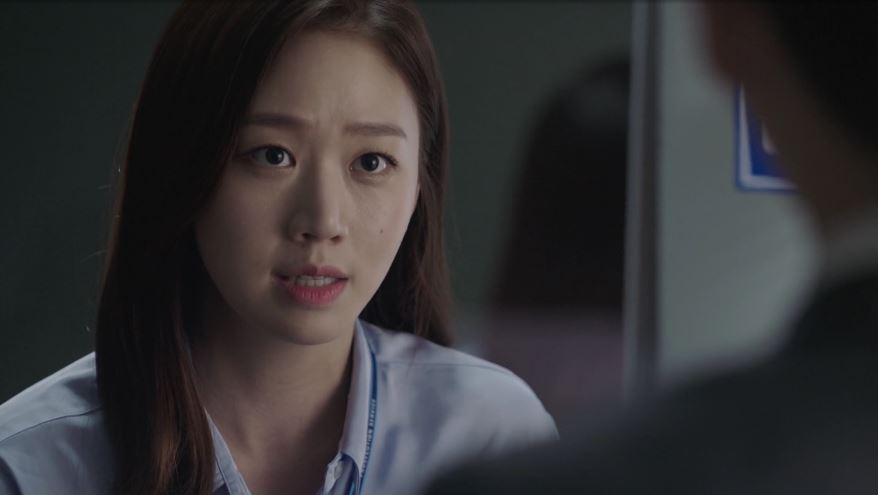 Even though I’m singing Hong-joo’s praises for her moral choice, I also wanted to give a brief shout-out to Hui-min, who offered practical, if somewhat cynical, advice to Jae-chan. Hui-min and Jae-chan still don’t really get along, but Hui-min had the real-life experience that Jae-chan lacked and that he needed to hear. She warned him that the rumors of him being unable to indict due to incompetence would be something that could shadow the entire rest of his career. This was the kind of case that could break a prosecutor’s reputation with the public, especially one just starting out. Hui-min’s advice to indict, go to trial, and then let the judges take the public opinion hit when it was obvious there wasn’t enough evidence for a conviction is the advice of a senior to a junior. If he does the moral thing, he could ruin his career—and undermine all the future good he could do as a conscientious, careful prosecutor.

I’m glad that Hui-min was the one to give the morally complicated advice so that Jae-chan could make a fully formed decision. Story-wise, it is far better when the hero makes the right decision after knowing that it could come at a great personal cost. 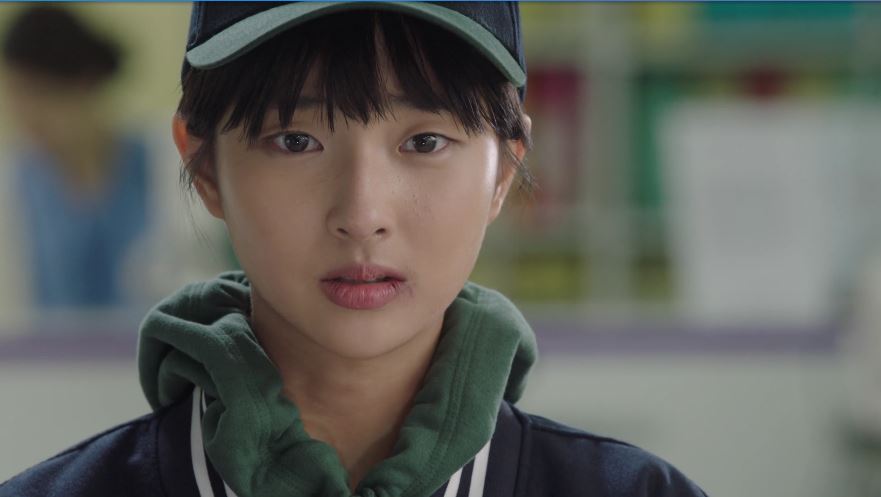 Which leads us to Jae-chan’s realization that Hong-joo is Chestnut, aka the kid who altered the course of his life. I’m glad that a young Hong-joo was able to let go of her anger enough to tell the soldier’s cop brother that she didn’t blame him and that he should live. Does that mean she has to be instantly happy? That she just has to get over what happened to her father? Of course not. But she realized how close she had come to making an irreversible, awful decision, and she was grateful that she had pulled herself back from the brink, thanks to some wise words from Jae-chan.

I’m pleased that Hong-joo passed on her father’s words about anger clouding obvious choices all those years ago to Jae-chan. Their relationship had been feeling a little uneven to me since Jae-chan seemed to have most of the words of wisdom, so the fact that Hong-joo’s sticky note was such a big deal that Jae-chan kept it—memorized it, even—makes up for a lot of that. She passed on the advice he needed today a decade ago, and that’s pretty cool

And it’s that advice that made Jae-chan connect the dots between Chestnut and Hong-joo. I hadn’t really expected either of them to figure it out yet, so it was a sudden surprise. Honestly, I’m not quite sure why it’s that revelation that prompted Jae-chan to go buy a ring, but  hey, I guess discovering that one of the most important people from your past is one of your most important people in the present is the kind of shock your feelings need to go into overdrive. 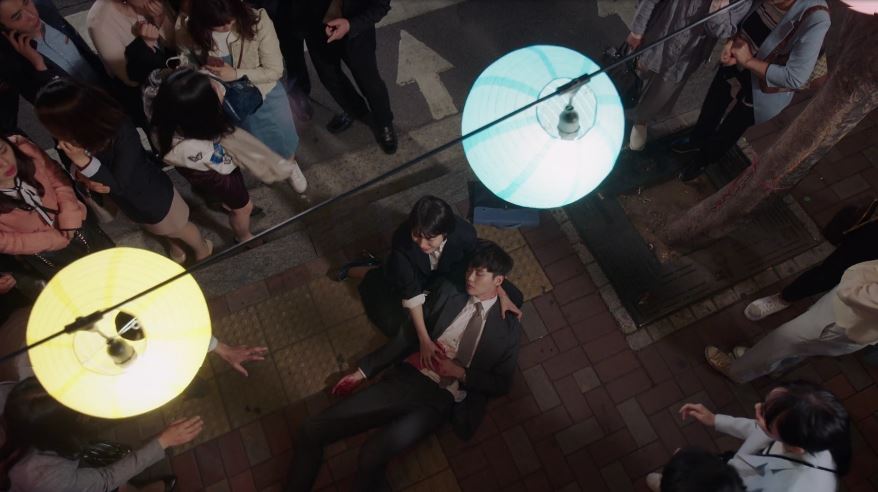 As for the ending, well—I had guessed that Soo-gyeong’s father was going to be the one attempting murder, I just didn’t realize that he was going to use a shotgun for it. (At least not until we got that lingering image of him aiming a rifle.) Up until now, changing one of the trio’s dreams has generally worked for their benefit—with the notable exception of Woo-tak getting stabbed, which was never in a dream, and I still maintain he is in the most danger since he doesn’t have anyone regularly dreaming about him—but this is the first time that things arguably got worse.

And I’m so glad that they did. I’ve been waiting for the other shoe to drop ever since Hong-joo’s little speech about not knowing if the flow of time had changed for better or for worse, only that it had changed. The trio got complacent, thinking that since they had gotten justice for Hak-yeong, they were in the clear.

But they weren’t. The dreams have always been a double edged sword—you definitely knew what could happen if nothing changed, but the act of trying to change the dream means that you can’t trust it anymore. They had no idea that Yoo-beom was feeding Soo-geyong’s father’s rage, so they were entirely blindsided by that threat. Even when they had contradictory dreams, they knew which decisions would lead to which outcomes.

But now they have been made aware of all the things the dreams don’t tell them, and that makes things a thousand times more interesting.

(P.S. Why didn’t Woo-tak have a dream about Jae-chan being in danger?)