TL;DR: Turns out that Jae-chan can have his own words of wisdom. (And I use too many parentheses.) 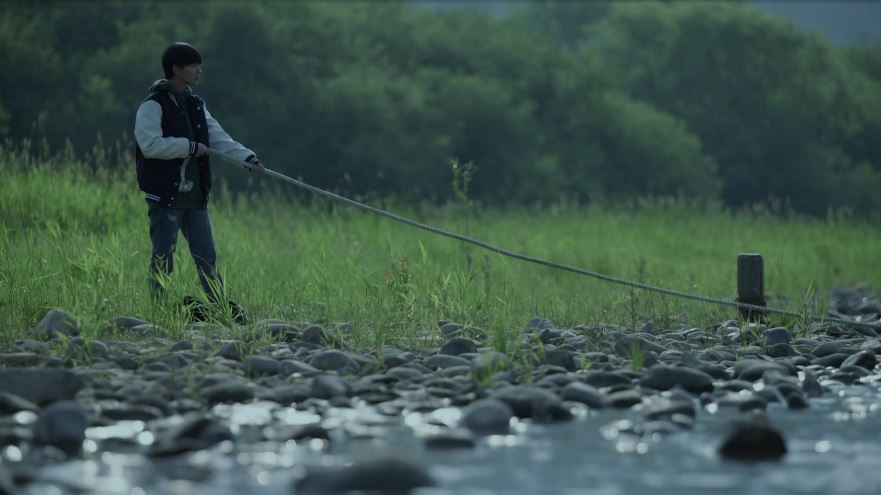 One of the many things I appreciate about Park Hye-ryun’s writing is that when she picks a theme for an episode, she goes all in. Episodes 13 and 14 were about handling interpersonal debts, and episodes 15 and 16 were about weighing the cost of someone’s life against devastation and grief. In this I think that Writer Park did a pretty good job of balancing yes, your feelings matter and also justice isn’t about satisfying those feelings.

(Brief side note: It didn’t occur to me until watching the flashbacks in these episodes that if the cop brother is sending envelopes of money to Jae-chan and Seung-won, shouldn’t Hong-joo and her mother be getting them, too? Are they? If they aren’t, will that be explained?)

Personally, I am happy that Hong-joo was the holdout in her anger, both in the past and in the present. Too often female characters aren’t allowed to express rage, or if they do, that anger is portrayed as their first step toward villainy. They’re usually the ones who have to talk men down from the ledge or have to do the Cooldown Hug™ to prevent a man from going overboard. But Hong-joo got to scream that she wanted a stranger to die for the crime of nothing more than being related to the man who killed her father.

(I’m less than thrilled that Jae-chan slapped her for that, even if the later implication was that he wouldn’t have done it if he’d known she was a girl. I would have preferred he just grab her by the collar like he had with the cop brother because then the level of violence would have been equal. As it is, it comes off that he slaps her because he knows he can get away with it when he couldn’t get away with anything more than a collar grab and slam with an adult male.)

Both then and in the present, Hong-joo had to weigh what would satisfy her feelings against what was actually just. It’s great that she had her moment to be tempted by Yoo-beom and his honeyed words about how it was up to her to make sure that Hak-yeong was indicted. Hong-joo’s decisions prove her to be a messy but ultimately good person, and I like that she was presented with that choice.

(Also, several points to Hong-joo’s boss for trusting her judgment call re: Hak-yeong’s police record. I love it when male characters respect female characters’ expertise and judgment. If she says there isn’t a story there, then he believes her because she has proven herself before.) 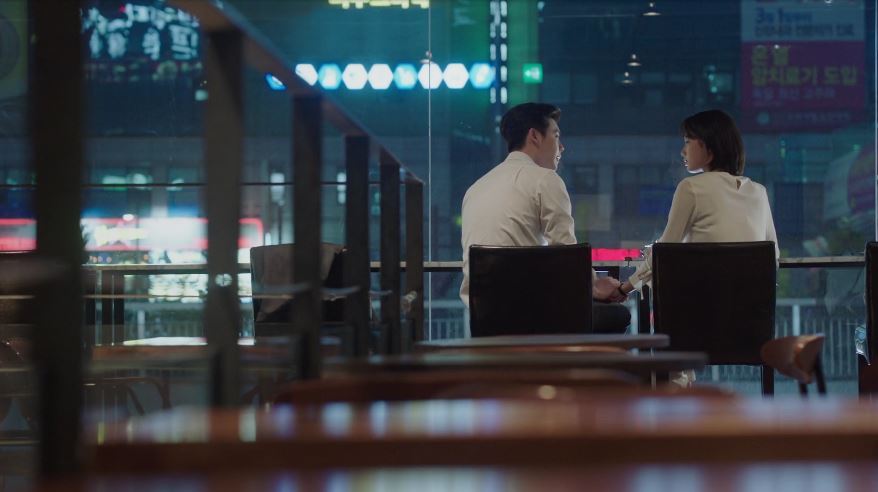 I find myself liking Jae-chan’s character growth in this show. On the last case, he swooped in and saved his seniors’ asses when they screwed up their investigation—but that still doesn’t mean he knows everything. Dam-dong has really been stepping up into a mentor role for Jae-chan recently which makes me fear for his longevity, and it’s something that Jae-chan needs in the office. I loved that Dam-dong pointed out Jae-chan’s arrogance in assuming he would be the only one to see the truth re: the evidence not fitting Hak-yeong.

It made me very happy that Jae-chan went to each of his seniors and (politely! to Hui-min! THANK GOD) asked that they observe his interview with Woo-tak. Sure, it was definitely a manipulation tactic on his end, but it also demonstrated a lot of trust. Despite the wrong foot they got off on, Jae-chan believed that his seniors could come to the same conclusion with regards to the lack of evidence and would back him on his decision to let Hak-yeong go. It was such a grown-up move, and I’m glad it was rewarded with them agreeing that he made the right choice.

Similarly, that trust paid off with him in his conversation with Hong-joo. His confession to her was so sweet—that he liked her, enough that he hated that he was going to disappoint her by releasing Hak-yeong. Jae-chan took the time to explain to her why he was making this particular call, and why it was in the best interest of justice. Even though she didn’t directly respond to his confession, she did give him a twisty-tie that conveniently demonstrates her ring size, which seems like a pretty damn good indication of her feelings, though Jae-chan hasn’t realized that yet.

Good luck on surviving the stabbing. 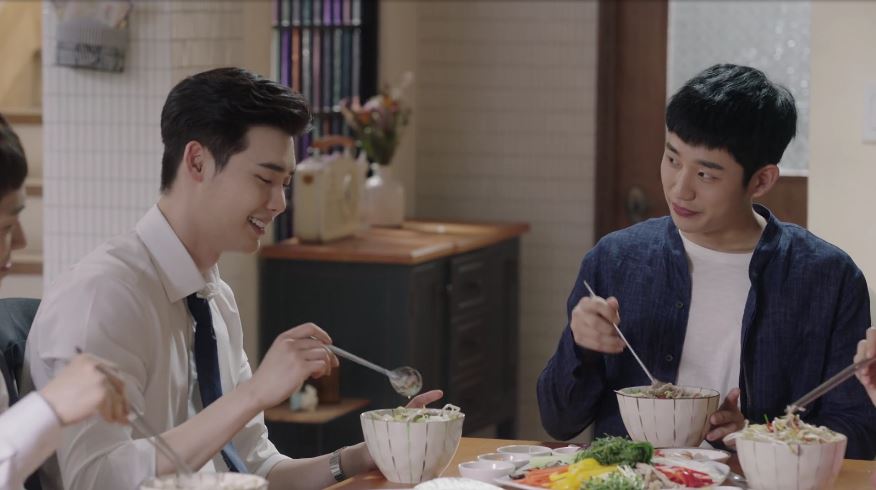 I enjoyed seeing our main trio at odds in this episode, at least when it came to the case of the week. (Yes, I’m annoyed that Jae-chan blocked the hug, and I am also a little annoyed at the implication that this is turning into an unrequited love triangle on Woo-tak’s part. JUST LET MEN AND WOMEN BE FRIENDS SOMETIMES OKAY.) Stories where the good guys take opposite sides can be really engaging when they’re handled well, and I liked that Woo-tak had taken the position that Hak-yeong was innocent while Jae-chan and Hong-joo were initially on the guilty side.

The shift in tone between Woo-tak and Hak-yeong in these episodes was surprising. Last time we left off, Hak-yeong was far more menacing, but these episodes softened him quite a bit. His crying and desperation for Woo-tak to believe him, and then the reveal that Woo-tak knew Hak-yeong’s mother, coupled with the fact that Hak-yeong turned himself in thanks to Woo-tak’s persuasion, has me hoping that there’s something more than friendship here. (BECAUSE MEN CAN BE ROMANTICALLY INVOLVED WITH OTHER MEN OKAY.) But the fact I haven’t heard anything about that being confirmed means I shouldn’t even entertain the idea of it happening. *sighs*

I hope that the conclusion to Hak-yeong’s story means that we’ll find out what Woo-tak’s secret is. (Good job on Hong-joo for keeping the fact that there is a secret private, by the way.) In contrast to Hong-joo and Jae-chan, we still know very little about him even though we’ve reached the halfway point in the show. It would be such a waste of his character if we don’t get to know more about him.