The nights have been getting longer and the temperature has been dropping, and for me that means fuzzy blankets, boozy hot chocolate, and my favorite tv shows. If you’re looking for some heartwarming dramas this winter, you should check out (or revisit) these ones. 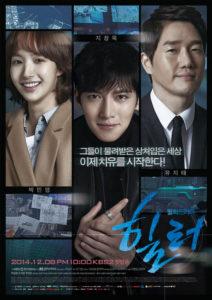 You can level several complaints at Healer: the early wire-work is worth a few raised eyebrows, a good chunk of the bad guys were barely better than low-level NPCs, coincidences abounded, the finale felt rushed, etc., but no other show came close to generating the same kind of excitement for me in 2015 as Healer.

From its adorable and believable OTP to its masterful use of flashbacks to a cheesy love song that won me over to a world populated by smart, determined, and different women, writer Song Ji-na proved that she is excellent at building characters and crafting a story the audience will care about. 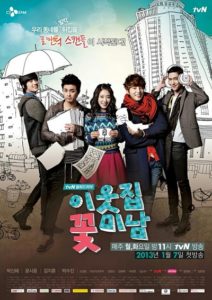 This well-beloved Flower Boy installment is a charming slice-of-life drama anchored by a wonderful lead couple. While many people are (rightfully) enthusiastic about the kind, caring, and quirky male lead, my love for our depressed, introverted heroine knows no bounds. Her sometimes dark, often painful, always insightful voiceovers have stuck with me after many other details have faded. The sweet romance draws out the best in both leads and makes for a memorable relationship. The “neighborhood” has a few standout characters, including a hilarious webtoon editor.

This drama stumbles in a few places, particularly in the home stretch, but it is otherwise a memorable contemporary drama. 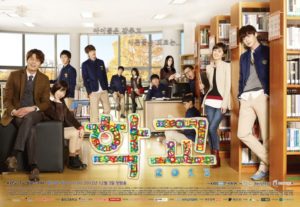 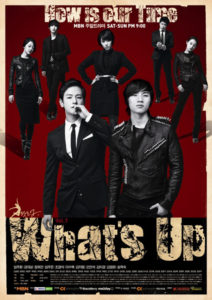