I hope you have plenty of free time this week, because that’s the only way you’re going to be able to watch all of the dramas that premier this week. Are any of these on your watch list? 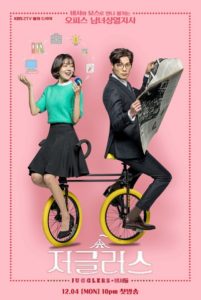 Jwa Yoon-yi is a phenomenal secretary with a reputation for getting things done, has a supportive personality, and is involved in an online community for secretaries. Unfortunately for her, Nam Chi-won is her new boss at HB Company, and he has a reputation for not wanting to interact with others and doing all of his work himself. Yoon-yi has to come to his rescue despite his prickliness, and things only get more awkward when it turns out that Chi-won is Yoon-yi’s newest tenant. Will Yoon-yi—and the other secretaries—be able to save their bosses from themselves? 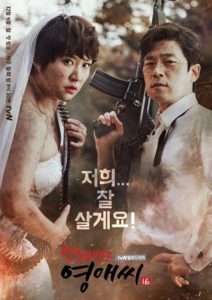 Lee Young-ae is back for a sixteenth season. Once again she and her friends will have to fight to survive the workplace and their thirty-something lives. But this time she has a new battle to fight: marriage. 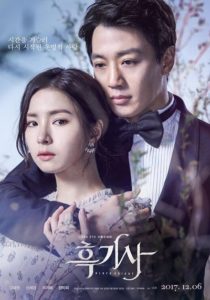 Businessman Moon Soo-ho has a pure heart—so pure, in fact, that he chooses to face a terrible fate for the woman he loves. His 200-year love for Jung Hae-ra, now a travel agent in the modern world, may put them both in danger when they reconnect abroad. Hae-ra is a hardworking woman who maintains an optimistic attitude on life when everything seems to be going wrong for her. Meanwhile, a mysterious woman who has survived two hundred years entangles herself with Soo-ho and Hae-ra. 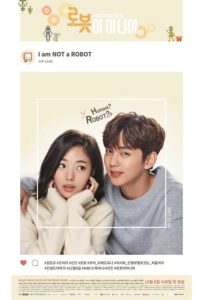 Kim Min-gyu is the largest shareholder of KM Financials, and he is as isolated as he is wealthy due to his “allergy” to other humans. Hong Baek-gyun is one of the top robotics engineers in the world, but when it comes to romance and relationships, he is clueless. Baek-gyun doesn’t know why Jo Ji-ah dumped him, but he used his ex-girlfriend’s face for his most recent robot model. Ji-ah is an entrepreneur who is developing a proxy shipping service, but she ends up taking Baek-gyun’s part-time job offer: pretending to be the newest version of the robot at Min-gyu’s estate, without Min-gyu catching on to the fact that she is human. 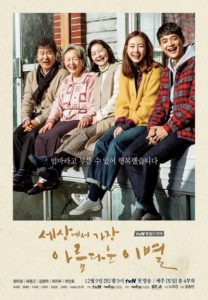 The Most Beautiful Goodbye in the World
4 episodes, tvN
Saturday/Sunday
Availability unknown

Kim In-hee is living an ordinary life, until the day she is diagnosed with late-stage, terminal cancer. In-hee prepares to say goodbye to the family she has been devoted to: Jung-chul, her husband; Yun-soo, her daughter; and Jung-soo, her immature son. This is a remake of the 1996 drama of the same name.