I don’t know if I’ll check any of these out, though they all have elements that intrigue me. Will any of these make it on your watch list? 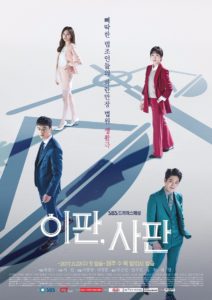 Nothing to Lose
32 (mini) episodes, SBS
Wednesday/Thursday
Available on Viki.com (as Judge vs. Judge)–and presumably KoCoWa.com as well

Judge Lee Jung-joo has something of a reputation at the Seoul District Court, where she has been known to tear into smug and shameless defendants. Her fierce personality will help her reveal the truth behind her older brother’s tragic story: he was framed for murder and then was killed in order to protect powerful people. In court, Jung-joo quickly clashes with her new bench partner, Judge Sa Ui-hyun, whose cool-headed and exacting reputation is at sharp odds with her. While Jung-joo works to uncover the corruption that lead to her brother’s death, she and Ui-hyun are drawn to each other. 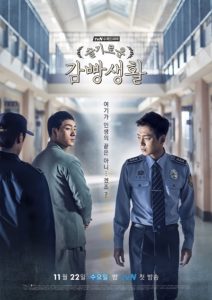 Kim Je-hyuk is a famous baseball player at the top of his game, but his dreams of Major League stardom head straight for the dumpster when he winds up in prison. Even though he has some dedicated fans as fellow inmates, Je-hyuk struggles to adjust to life in prison. In the meantime, Lee Joon-ho, a prison guard, takes a special interest in facility’s newest arrival. Along with the other inmates and guards, Je-hyuk and Joon-ho will all have to figure out how to survive prison life. 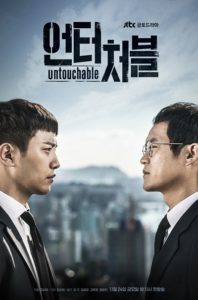 For the last three generations, the Jang crime family has controlled Bukcheon. Jang Beom-ho is the current family head, and his oldest son, Jang Ki-seo, wants to inherit the family’s corrupt and bloody legacy of power. But the favored second son, Jang Joon-seo, wanted a cleaner life and became a police officer—though that didn’t protect his wife. After Joon-seo vows to uncover the truth behind his wife’s murder, the clues take him right back home, where Ki-seo has turned into a ruthless crime boss. But Joon-seo isn’t the only threat to the Jang family: Ki-seo’s wife, Goo Ja-kyung, is a former president’s daughter who hides her rage at her thwarted ambitions, and Prosecutor Seo Yi-ra is a junior prosecutor investigating Joon-seo’s wife’s death. Will the Jang family’s legacy survive to the fourth generation?