TL;DR: Would you look at all that cute. 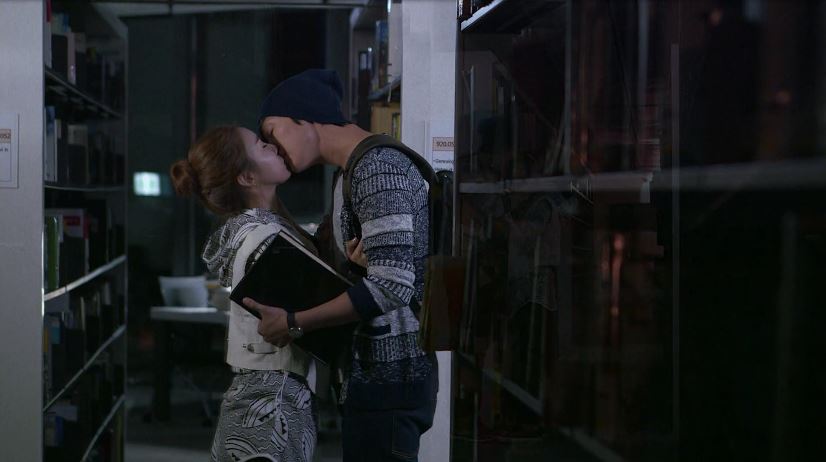 When I say that QIHM is one of my all-time favorite romances, this episode is one (of many) that serves as evidence. Too often speculative fiction crashes and burns when it forgets about its characters and their relationships for the sake of being flashy and clever and smug, but QIHM never loses sight of the fact that the heart of the story is getting Hee-jin and Boong-do together. Now that they’ve become intertwined in each other’s lives, their desire to see and be near one another—and all of the forces working to keep them apart—is what drives the story.

Boong-do returns to the library after hours in order to find out crucial information about his future without being a nuisance to her, and Hee-jin heads back for fear of a potential scandal if the CCTV footage of their kiss got out. So of course Hee-jin spots Boong-do skulking about and goes to warn him about security cameras, and he gets to theorize that at this point they have moved from coincidental meetings to something closer to inevitable. The thrill of them meeting up sneakily, their nearness to being caught, and their mutual attraction means that Boong-do takes his chance to return Hee-jin’s surprise kiss and tease her about the ways people say goodbye in the modern world.

I love that playfulness between them, especially since it isn’t mean-spirited. They aren’t trying to score points off one another. Instead, both of them got swept off their feet receiving the surprises kisses, Hee-jin knows her excuses/lessons are totally outrageous (and that he doesn’t believe her), and Boong-do plays the straight guy and insists on his sincerity (while totally struggling not to laugh at her boldness). It makes for a fun dynamic that made me smile through a lot of this episode. 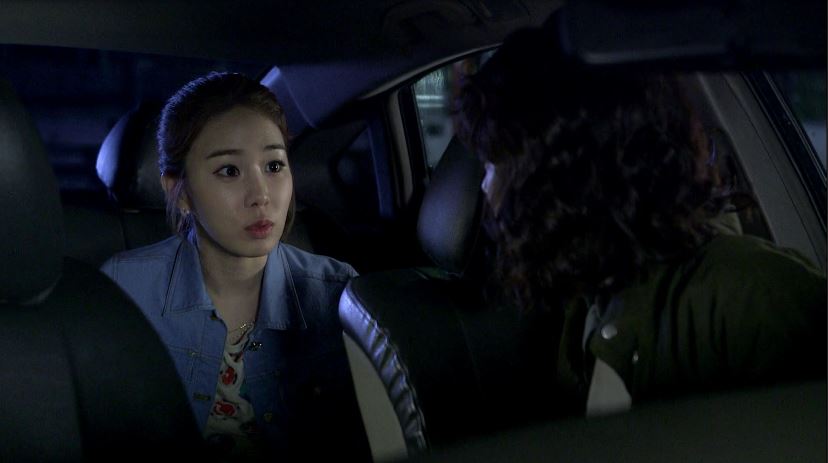 Meanwhile, Soo-kyung did a lot less smiling. Even though she and Hee-jin are close, Soo-kyung’s job is to manage Hee-jin, from her hair to her makeup to her clothes to her personal life. Since her professional fortune is directly tied to Hee-jin’s career, she has to strike a balance between mom friend and boss and look out for Hee-jin even when Hee-jin is insistent on doing things that make both their lives more difficult.

I love that Soo-kyung knows exactly when Hee-jin is up to something and immediately zeroed in on Boong-do. Her attempted interrogation and subsequent lecturing of Hee-jin was hilarious, especially when it turned into half-pleading, half-threats about not doing anything that would ruin the start of Hee-jin’s first big role. She also took the time to realize that Hee-jin was in a down mood and tried to coax her to share, even though she couldn’t make heads or tails out of Hee-jin’s story without the time-traveler context. 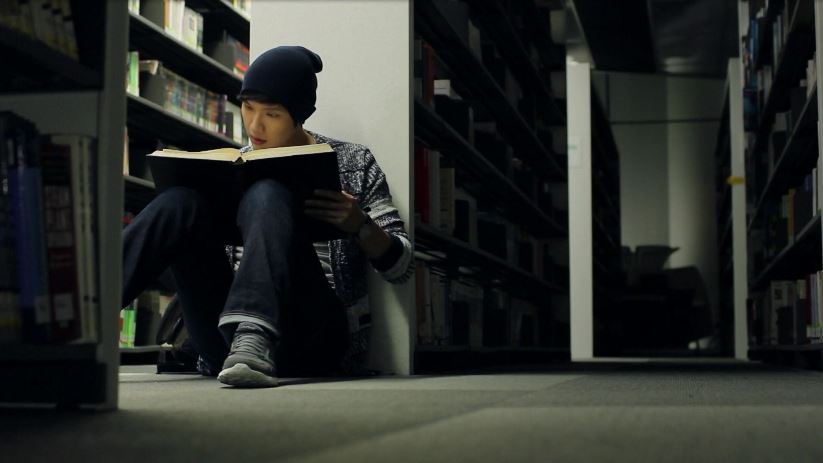 And speaking of our time-traveler, Boong-do’s starting to realize that his ability to jump to the future really isn’t the failsafe he thought it was. Once he knew that Queen In-hyun would regain her throne and Consort Jang and her faction would be killed/punished, he allowed himself to celebrate and relax. And yet he is just starting to see how his time traveling hasn’t been entirely beneficial for him—there are ripple effects going on in the background that could kill him.

I had forgotten about Boong-do’s conversation with the monk in this episode, where he theorizes that the talisman doesn’t provide a happily-ever-after for him. Just because he escaped death once, twice, a dozen times already, doesn’t mean that this will put him onto a path of longevity and wealth. (But it has put him onto a path with Hee-jin.) That’s undoubtedly the reason he went back to his own time and place, to see if this pull toward death would play out like the Annals said it would.

They did, all the way to the point where Boong-do realized he wasn’t getting sick and that the likely true cause of death would then be poison. (In true academic fashion, he tested that hypothesis out on rats and confirmed it.) His reported death in the Annals allowed him to prepare to save himself and escape, and yet him changing his own fate again will just cause another series of changes to how everything played out in the past. Boong-do is just beginning to realize that victory isn’t as permanent as he hoped it was.