TL;DR: How am I supposed to be objective about the progression of the romance when the cinematography is so pretty? 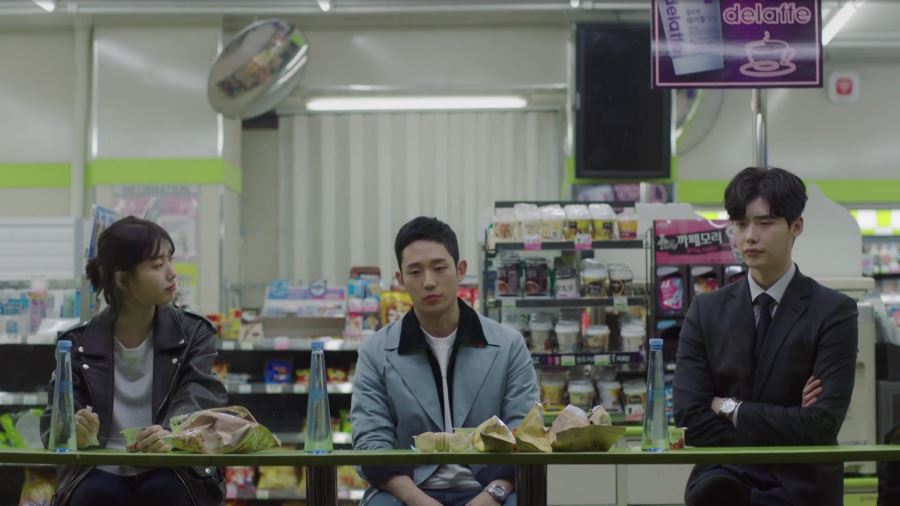 While I am extremely happy that our dreaming trio has been able to change their dreams, I am also feeling a little disappointed by it. This show kickstarted with a fiery ball of death and the dramatic proclamation that Hong-joo has never changed a single one of her dreams, and now we’re a quarter of the way into the show and all three of them are changing their dreams with just the smallest amount of effort. I feel like a lot of the dramatic tension has been undermined, especially now that they’re even dreaming separate outcomes and can make informed changes to get the exact result that they want. Where did all the life-or-death tension go?

(Or is this supposed to be a sign that the three of them have to be together/connected/around one another in order to change things? Now that could be clever…)

That said, I am happy that Hong-joo, Jae-chan, and Woo-tak have all teamed up so early on. Now that we have a full(?) team, I’m ready to move on to bigger and better stories. I’m glad that Woo-tak is keeping notes about their similarities (and all the ways they aren’t the same) in an attempt to figure out what connects them, though I doubt that will be solved before the midway point. And yet I’m a little sad that Hong-joo isn’t taking more interest in it. She has spent the last decade believing herself completely alone, and yet when two other dreamers show up in her life, she isn’t trying to get to the bottom of it? Maybe with the house guests gone, she’ll be able to take a more proactive role in main parts the story. I hope so, because right now she seems delegated to emotional labor while the boys scoop up the rest of the narrative. 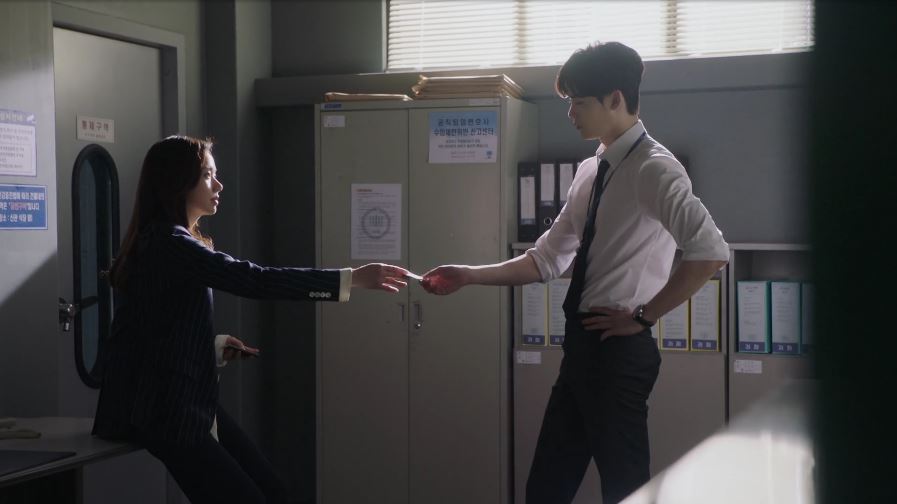 I’m glad that this case was resolved so quickly. That win properly set up Jae-chan and Yoo-beom as professional rivals (though, again, it makes me worry that Hong-joo’s story will be marginalized in return), and it allowed Jae-chan to have a win at the office, which he needed. I’m less irritated on that front now that he actually bothered to not be condescending to Hui-min, and I’m happy that she passed on a divorce attorney’s card. She said some hard things he had needed to hear in the last episode, and he appears to have taken her advice into consideration off screne to go above and beyond the regular prosecutor role.

So-yoon and her mother deserve to have new, happy lives, far away from her awful father. I’m glad she got her scholarship to a foreign music school and that the case for divorce is starting. With any luck, they’ll take So-yoon’s father to the cleaners and will never have to see his face again. (Also, So-yoon and Seung-won’s little high school romance is the cutest and I approve.)

The office politics seem to have settled down to a manageable level. It helps that Jae-chan was shown to be far more bluster than anything (and that Hui-min got to tease him about his dramatic practicing). His ability to take his ego—and his hasty judgments of Dam-dong’s character—out of the equation for a moment and trust in what Hong-joo and Woo-tak told him about their dreams showed some maturity and growth I honestly wasn’t sure he was capable of at this stage. Undoubtedly, he would have tripped himself up in his overdramatic bluster, but Dam-dong’s methodical, sympathetic questioning gave So-yoon’s father enough rope to hang himself. I’m hoping that the two of them and Hyang-mi end up becoming a tightknit investigation team just like the public defenders did in IHYV. Please give that to me? ;_; 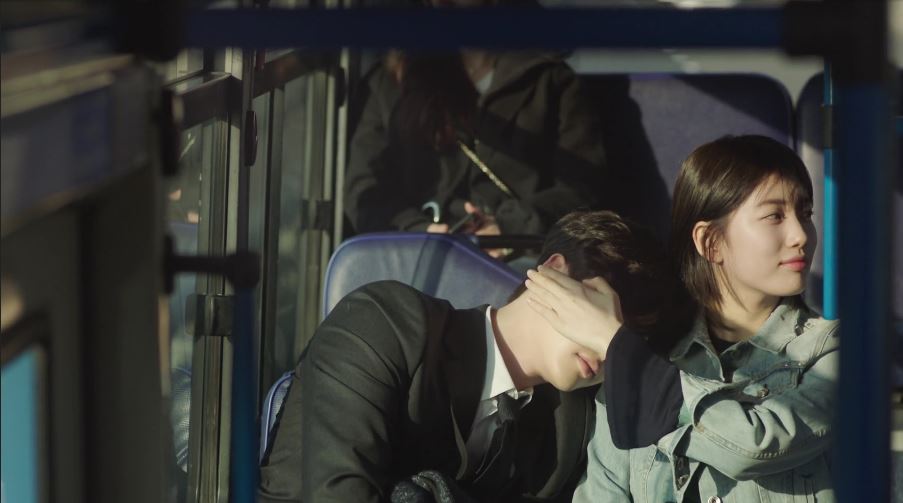 As far as the romance goes, the pretty cinematography and Jae-chan’s vulnerability are entirely unfair tactics to get me on board. I’m a sucker for a gorgeous shot, and wow, does this director and lighting crew now how to stage a swoon-worthy scene. Sometimes it edges close to cringe-worthy, but it’s the quiet, dialogue-less moments and the soft lighting and the general composition that really make Hong-joo and Jae-chan seem very comfortable and meant-to-be.

I thought it was sweet that Hong-joo helped save Jae-chan from one (of two) potential professional disasters, though I’m still trying to sort out the depths of her feelings. To me, she seems very much in the teasing-probably-a-crush stage. She’ll get frustrated about dreaming she kisses him, or she’ll tease him about falling for her without any verbal reciprocation on her part, but when the moment is right, she’ll still try to kiss him and then be annoyed at her (and him) that it didn’t play out that way.

Which is why I was so surprised that we got a full-on monologue from Jae-chan about his feelings:  She’s someone who will tell me “it’s okay,” whether or not I pull through. But even so, I find myself wanting to pull through. I’m afraid of how she feels. Before I grow weary, before my feelings grow stronger, I want to run away before it all happens.

Sounds to me like he has fallen, and fallen hard. Yet he’s scared by those feelings (and maybe the pressure they would put him under?), preferring to pull back instead of taking a risk on a relationship. Considering that Hong-joo hasn’t obviously demonstrated romantic feelings—until the attempted kiss—it has me wondering if he has been burned in a relationship before.

I guess we’ll find out. Just know that I nearly screamed when the show revealed he had the same dream of them kissing and purposefully decided not to kiss her even though he knew she would make the first move so it wouldn’t have been unreciprocated. Someone needs to sort out their feelings, stat.