I’m a little overwhelmed by just how many dramas are starting this week. There are a couple I have my eye on–Witch’s Court, Avengers Social Club, maybe Black–but we’ll see what I actually end up trying out. There are just so many to choose from. Have any of these caught your eye? 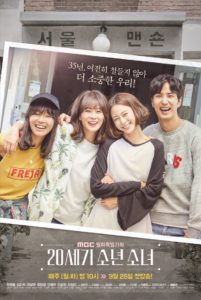 Sa Jin-jin is a former idol who has since become an actress. She reconnects with her childhood friend, Gong Ji-won, now a successful businessman. At the age of thirty-five, Jin-jin and her two best girlfriends have to navigate their familial ties, friendships, and romantic relationships while sorting out what they want from this period of their lives. 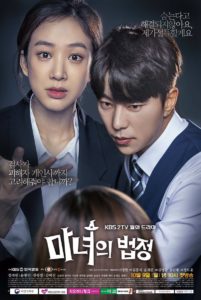 Prosecutor Ma Yi-deum has been in the courtroom for seven years, and she has built a reputation for playing dirty (and even illegally) in order to win the case. After an incident derails her career plans, she gets transferred to a special team that investigates sex crimes and crimes against children. Yi-deum quickly grows to hate Prosecutor Yeo Jin-wook, a rookie prosecutor also on the team, but the two of them have to figure out how to work together if they’re going to get convictions on their cases. 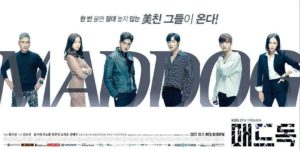 Former detective Choi Kang-woo switched career paths to being a top investigator of insurance fraud scams, particularly among the upper class. He forms a team of specialists—the Mad Dog Team—who do everything in their power to investigate and expose fraudulent claims. Together with Jang Ha-ri, Kim Min-joon, and the rest of their team, Kang-woo sets out to ensure that the rich don’t abuse the system and the poor get the compensation they deserve. 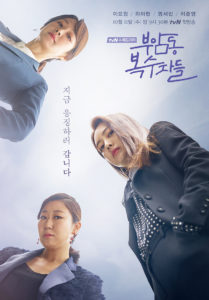 Kim Jung-hye, a naïve chaebol daughter, had an arranged married to benefit both her and her husband’s families. Even though she has tried to be a good wife, her life gets upended when she discovers that her husband has betrayed her. In order to get revenge, she forms the “Bok Ja Club” with two other women she meets: Hong Do-hee, a fish seller at a traditional market whose son has serious problems at school; and Lee Mi-sook, a housewife who is struggling in an abusive marriage to a university professor. The final member of the club is Lee Soo-kyum, the bastard son of Jung-hye’s husband. 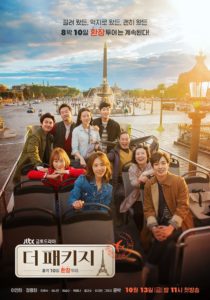 Yoon So-so lives and works in France as a travel guide. Her new assignment is a group of Korean tourists who have all signed up for a package tour: San Ma-roo, who has just been dumped by his girlfriend; Kim Kyung-jae, who is in a ten-year relationship; Han So-ran, who can’t decide if being single or getting married is best; Jung Yeon-sung, who booked the tour with a partner but refuses to disclose their relationship; and four other people round out unconventional the group. While a mysterious man begins to follow So-so, the group slowly becomes entangled in each other’s personal lives. 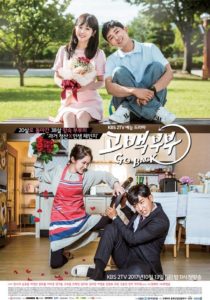 Ma Jin-joo and Choi Ban-do are both thirty-eight, married, and miserable together. While they were both in love when they married at a young age, over the eighteen years they’ve known each other, they’ve grown to hate each other. Jin-joo feels stuck as a housewife, and Ban-do struggles under the burden of providing for the household on his own. When they both travel back in time to their twenty-year-old, university-attending selves, they have the opportunity to do things differently and escape from their unhappy future. It’s up to them to decide if they should choose other paths—or try it all again. 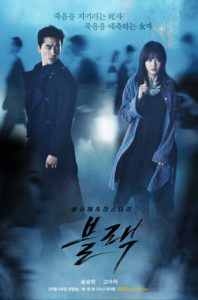 A grim reaper called Black walks the world in the body of a police officer. While he is there, he meets Kang Ha-ram, a woman who can see the deaths of the people around her. The two of them form an unlikely team and break heaven’s rules to stop people from dying, and in the process, the two of them fall in love. 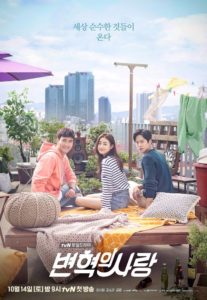 Even though Baek Joon graduated from a good university, she hasn’t been able to find a stable, full-time job. Her strict budget and part-time work means that she lives in a poor area while she continues to search for something better. Byun Hyuk is the last person who would be expected to move into her neighborhood as a somewhat naive and friendly third-generation chaebol son, but he ends up trying to live entirely on his own in a tiny studio apartment. Hyuk hides his background while he struggles to find work as a normal person, thanks to his lack of ordinary life experience.

4 thoughts on “Couldn’t you have staggered your schedules a little?”