TL;DR: We have three dreamers now, and surprisingly, it lessens the sting of there being a second one. (Also, more domestic violence in this one.) 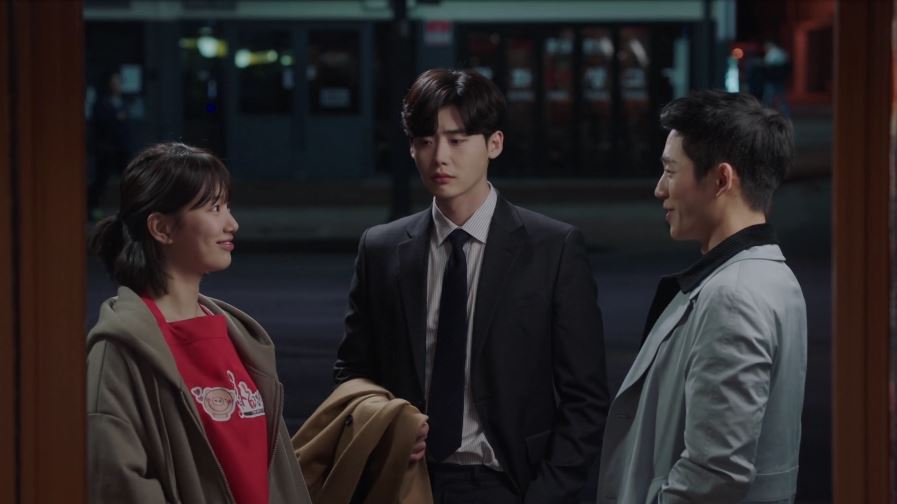 If you’ll recall, I was rather concerned when Jae-chan began having his prophetic dreams. I was concerned that Jae-chan would take over the narrative, and while my fears haven’t entirely been assuaged on that front (see: his plot and emotional turmoil being entirely front and center in these episodes), the reveal of a third dreamer means that I’m feeling more confident that Jae-chan won’t be able to shove everyone else out of the spotlight.

(Weird, right? It’s more an emotional reaction than an intellectual one. Woo-tak also having dreams means that Jae-chan is now less special than when he also usurped Hong-joo’s power, so it isn’t just a battle between Jae-chan and Hong-joo for best dreaming abilities. Which I think Hong-joo would win, by the way. Her dream of possible manslaughter—not murder, come on, would Seung-won have actually been charged with murder for that scenario? if the asshole abuser was dead, surely the mom and So-yoon would have testified in his defense—was far longer and more detailed than Jae-chan’s was.)

However, now that we know Jae-chan’s father was also killed by the same soldier who killed Hong-joo’s father, the question is how Woo-tak is related to that same soldier. Was Woo-tak’s father also murdered by him but killed in such a way it was attributed to an accident or didn’t leave any witnesses? There must be some kind of connection between him and the solider—his older brother, perhaps?—because if there isn’t, I’ll be disappointed. It’s too big of a significant moment in Hong-joo’s and Jae-chan’s lives for this to be entirely coincidental. 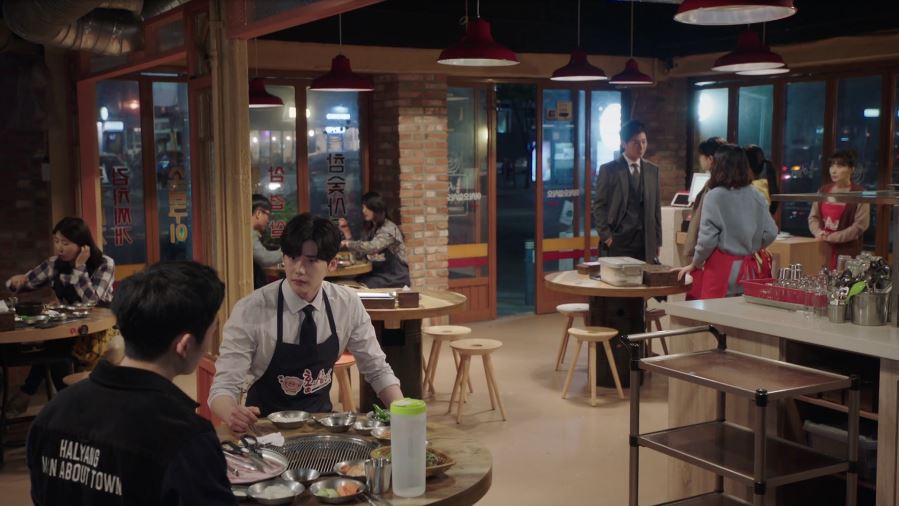 Regardless, I like that Woo-tak is taking the time to verify his dreams. What happened at the apartment building would have been so off from his dream that he probably couldn’t be sure it was real—I don’t think he even saw Jae-chan or Seung-won there. Points to him for recognizing/remembering Hong-joo, though, and backing her up on seeing smoke.

(I am just a little upset that Hong-joo didn’t get to make a big deal out of being able to help change a dream, though. Last time, Jae-chan changed the dream without any action on her part at all. I wanted to see her do a little victory dance for coming up with the idea to sync her and Jae-chan’s dreams to figure out time and location and for pulling the fire alarm. I wanted that moment of triumph for her, and I’m feeling a tiny bit cheated that she didn’t get to have it.)

So far, Woo-tak is surprisingly methodical about his dreams. He saw a (withheld from the viewer, of course) tragic event and decided to deliberately change something to test whether or not things would continue to play out like he saw. And they have so far, so I’m hoping that he and Jae-chan will be able to team up (preferably with Hong-joo) in a way that he and his sunbae couldn’t to stop whatever awfulness is headed So-yoon’s and her mother’s way. 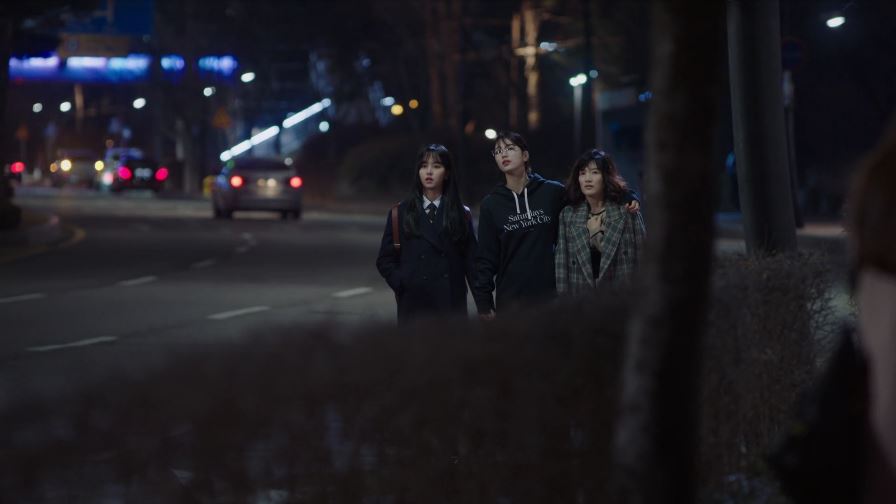 One of the things that made me the happiest in this episode was how swiftly Hong-joo stepped in to whisk So-yoon and her mother away. Women helping other women is the best thing in the world, and because of her and Jae-chan’s dreams, she knew they needed an escape and a safe place to think and regroup. Hong-joo and her mother are good people.

I’m also glad that the show took a moment to point out just how fucking difficult domestic violence cases are. Hui-min’s scene with Jae-chan was great. It’s not simply a matter of charging in and locking someone up—though we wish it were that simple. If the victim isn’t able to cooperate due to threat of harm or lack of economic options or dozens of other reasons, you can’t force them to testify. And you sure as hell shouldn’t judge them for taking what they see as the best options in their specific circumstances. 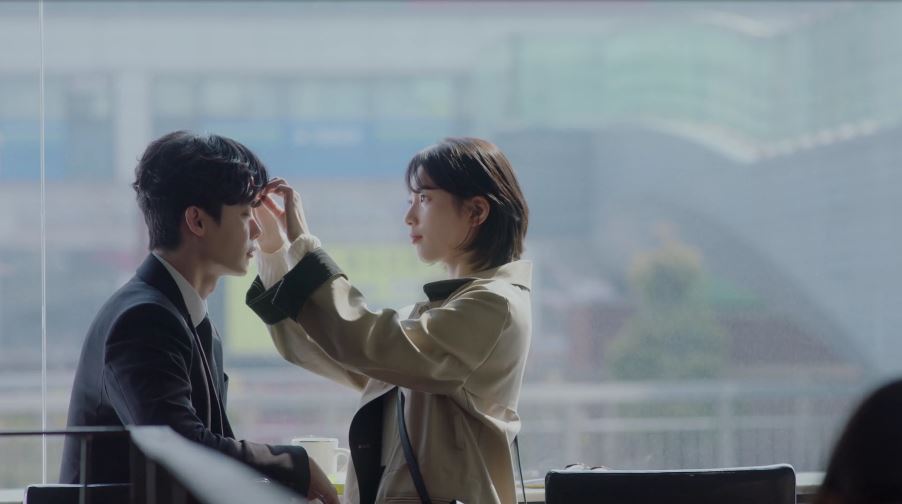 The romance is certainly budding, though I’m a little surprised it is happening so quickly. I think it’s fun that Hong-joo teases Jae-chan about falling for her while being annoyed at herself for having dreams where she hugs/kisses him. She is pretty friendly with him, but I don’t think she’s really had any serious heart-fluttering moments with him on her end.

(Thank god he didn’t make any irrevocable decisions based on those lottery numbers, though. I about died when he spelled out his loan agreement on his wrecked car. Didn’t you have insurance? Maybe it wouldn’t have covered the full loan amount, but still. You’re a fictional character who is giving me serious financial anxiety, stop it.)

But Jae-chan has certainly started falling for her. I won’t lie, I thought it was super cute when he spotted her with medicine/bandaids and hid his own—to the point of taking one bandaid off!—so she could doctor him up. However, his face-making when Woo-tak and Hong-joo hit it off at the restaurant is not cute, and I hope he confines any potential jealousy to himself. Dude, if you like Hong-joo, use your words and confess. You don’t get to be prickly and then be upset when a non-prickly guy makes her laugh at his silly puns.

(Also? Hong-joo is super cute in those glasses, and I’m going to be sad if she doesn’t wear them again.)

Right now, I’m most looking forward to the three dreamers finding out about each other and teaming up to stop whatever catastrophe must be headed their way. I find it fascinating that Hong-joo does appear to be the genesis of all this, with Jae-chan’s first dream starting in order to save her and Won-tak from bad ends and Woo-tak’s dreams revolving around the two of them as well. I’m hoping we get an explanation for all of this soon.