TL;DR: And I am suddenly reminded of  how much I hate workplace dramas. (You guessed it—more on that later.) 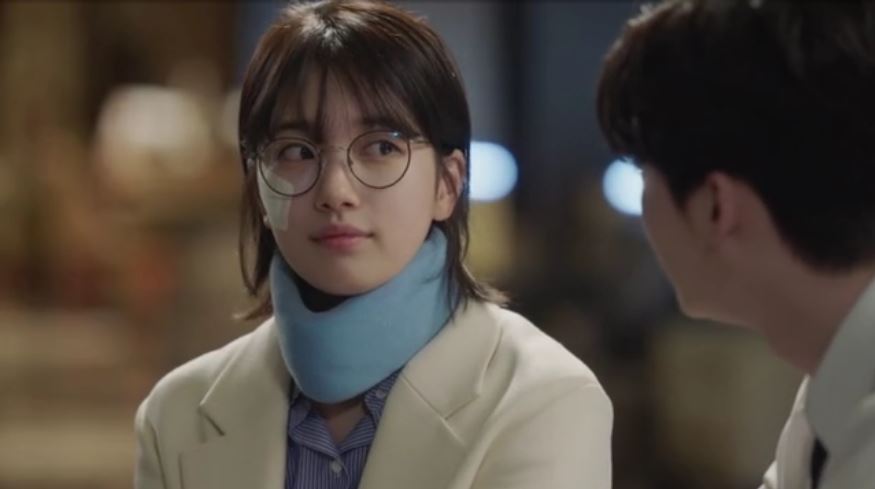 Writer Park Hye-ryun is doing a masterful job of interweaving her A and B and even C stories together to the point that I was feeling smug about correctly predicting a reveal, only to be blindsided by one I never saw coming. What a delight it is to be surprised (in a good way) by a writer, especially when you realize she was answering a question you had only just started to ask.

But first, a couple caveats. While I loved the fact that Hong-joo totally believes she could be insta-love-worthy, her…pre-following? Jae-chan around his mourning routine, including telling two complete strangers his name, felt uncomfortably close to stalkerish. If I didn’t have a lifetime of media forcing the stalking-as-true-love-and-not-horror-story narrative, I would have enjoyed the sequence more. Instead, I kept getting distracted by the fact that I would be more than a little horrified if their roles had been reversed. (Once they’re both equally into each other, I assume this kind of thing will land solidly in the cute section—and with him doing little nice things for her, too. It’s his ignorance of what was going on that skeeved me out the most.)

On the other hand, the sequence worked as a way to demonstrate just how excited Hong-joo is to finally meet another person with prophetic dreams and how fascinated she is by his ability to change his dream. She thought that she was alone, and suddenly she isn’t, and what’s more, he stopped her and her mother’s deaths. I totally understand why, with her personality, she has made these leaps—just as I understand why Jae-chan’s utter refusal of the call to action threw her so off-balance. 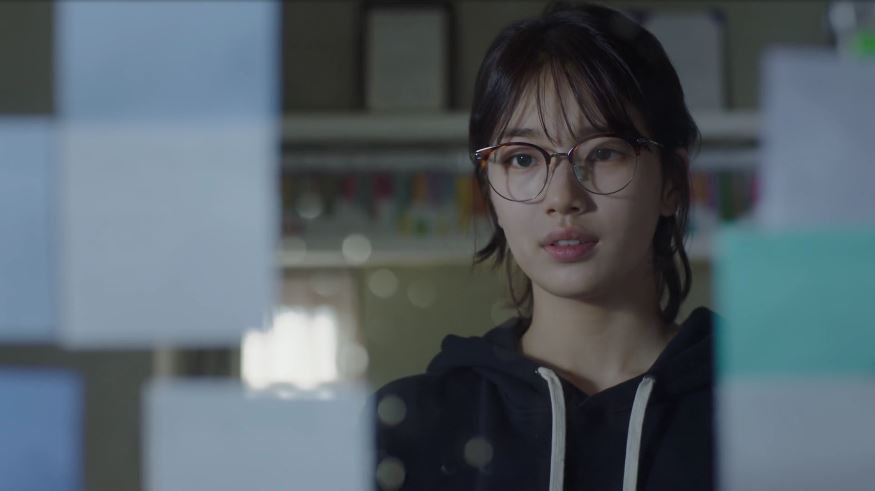 The fact that they’re talking about blocking off future paths and forcing the world to flow in other directions already makes me very excited. This is the kind of speculative fiction stuff I love, and I’m hoping that if they continue to block off bad paths, that there will come a point where both their dreams become useless as a predictive tool for the ultimate, looming disaster. Ripple effect stories are at their best when events spiral out of control and leave the protagonists flailing.

Is the domestic violence plot just the first in the new path the world had to take? In the previous timeline, would Yoo-beom have had to fake being more injured than he was after supposedly being knocked out in the fatal crash and thus been unable to get the charges dismissed against his client? What other things changed that night just because one pedestrian didn’t die and Hong-joo didn’t end up in a coma?

Those kind of questions is what led me to believe that the pedestrian might have some connection to the AWOL soldier and the plot with the little kid and her father. Thanks to some mild spoilers, I knew the child was a girl, but I wasn’t sure why keeping her gender a secret was a big deal. Honestly, I just set that aside because I totally believed that we had a third dreamer on our hands. But no—what we had was Hong-joo’s first important dream, the tragic death of her father, and the first time Hong-joo and Jae-chan met, and it left me gasping. What a masterful bit of misdirection that was. Since Writer Park does an excellent job with first meetups being in childhood, I’m not worried about her building a solid case for them to be a romantic pairing beyond the childhood connection. 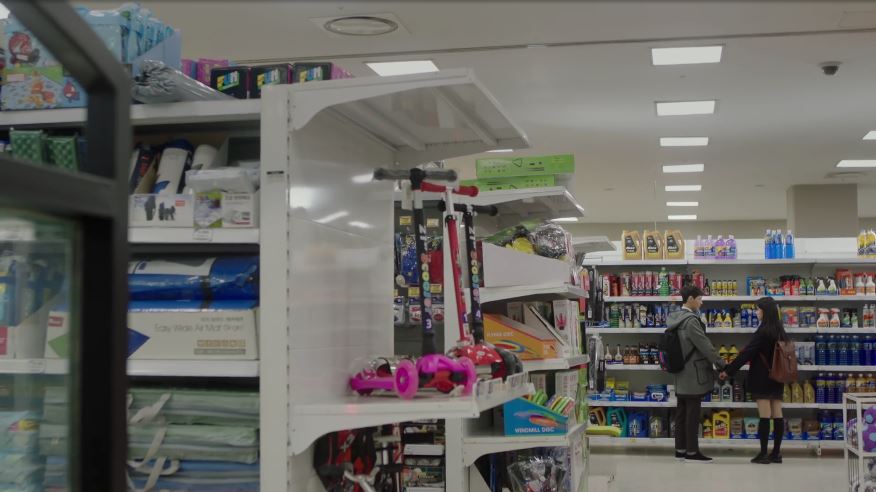 Jae-chan clearly hasn’t watched any of the recent three incarnations of Spider-man, otherwise he would know that heroes who refuse the call to action are prone to getting punished for their reluctance. I can understand why he didn’t want to take on the burden of not being able to save everyone—Hong-joo had a bit of that, too, with her belief that nothing she did could change her dreams—though I was a little disappointed that he cloaked it in his “I’m a prosecutor, so I’m only supposed to care after bad things happen” philosophy. Maybe you can’t prevent all harm, but shouldn’t you reduce what harm you can when you are able to?

I correctly predicted Seung-won’s identity when he was upset that So-yoon didn’t remember his name, so I spent the second half of the episode just giddy at the idea that he was going to try to make up for Jae-chan’s failure in the domestic violence case. (I may have a soft spot for boys who commit murder to protect other people.) Attempting to keep your younger brother from becoming a well-intentioned murderer will force Jae-chan to answer the call—here’s hoping you can get your act together in time in this aspect of the story… 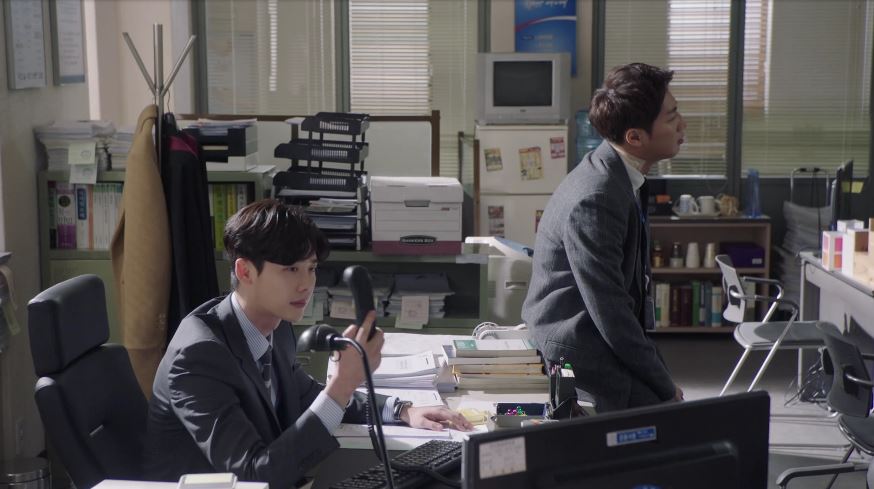 …because you’re pissing me off elsewhere. Well, really, your whole office is. I get very tired, very quickly, of workplace stories like this. I don’t mind that Yoo-beom is being a manipulative asshole—he’s the villain, of course he’s going to shit-talk Jae-chan to his face and in ways that make himself look good—but for the love of god, could everyone else show some common sense? Why the hell is the assistant gossiping about someone who outranks her (her immediate boss) on a company computer? Why are all the other assistants immediately blurting this juicy gossip to every member of the teams they work on? I’ve worked at companies where this exact shit has gotten people fired as it fucking well should. If you’re going to gossip, do it face-to-face or via your personal cell phones so you don’t get yourself canned. Have some self-preservation instincts!

And Jae-chan is driving me up the wall with his behavior in regards to Hui-min. So what if she was your junior in school? She outranks you now, and she already has refused to acknowledge you if you don’t address her like your superior, which she is. And it isn’t like she’s breaking any kind of social norms to do set this expectation—Jae-chan, the chief prosecutor told you to your face to address her properly, so get your shit together because this is the exact sort of petty thing that will get under my skin and make me drop the show if it goes on too long.