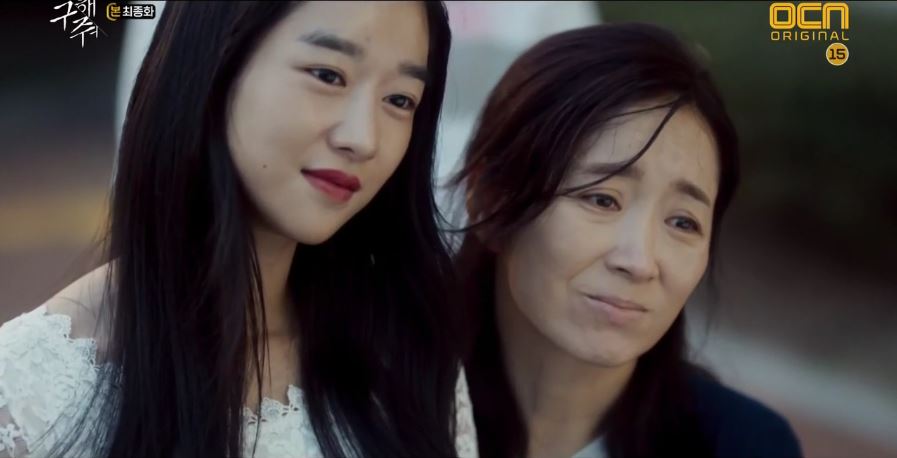 I am thrilled to report that the good people ultimately triumphed. (Some folks got a lesser punishment than I’d hoped for, but others exceeded my wildest dreams. YAY FOR FIRE.) After the hell she went through, Sang-mi certainly deserved it, and few things were as wonderful as seeing her reunited with her mother in the end.

It was a bit dodgy for a few moments there as all of the characters and all of the plot lines came crashing into one another. Luckily, Sang-mi’s, Dong-chul’s, and Sang-hwan’s planning all sorted itself out, despite some minor hiccups and rogue agents. I am extremely relieved that the timing worked on Sang-mi’s plan to get Jung-ki to confess to murder on tape because that could have gone horrifically wrong otherwise. Even if Sang-hwan hadn’t shown up in time for a dramatic punch, the fact that she had the syringe full of tranquilizer hidden on her means that she had a backup, and that soothes my heart.

Especially since she ultimately got to use that backup to save herself from Jung-ki anyway. My bloodthirsty side is so pleased that she got to taunt Jung-ki before Sang-hwan reminded her that her goal was to escape the cult and live in the real world, which, admittedly, might be pretty hard as a murderer. And her reward for not being a murderer was to watch Jung-ki accidentally set himself on fire for her anyway, watch him burn for a little while, and then declare that she would leave Guseonwon on her own two feet. I could not be happier with Sang-mi’s character arc, her triumph over the cult, and her reuniting with her mother (without her father). It was so satisfying. 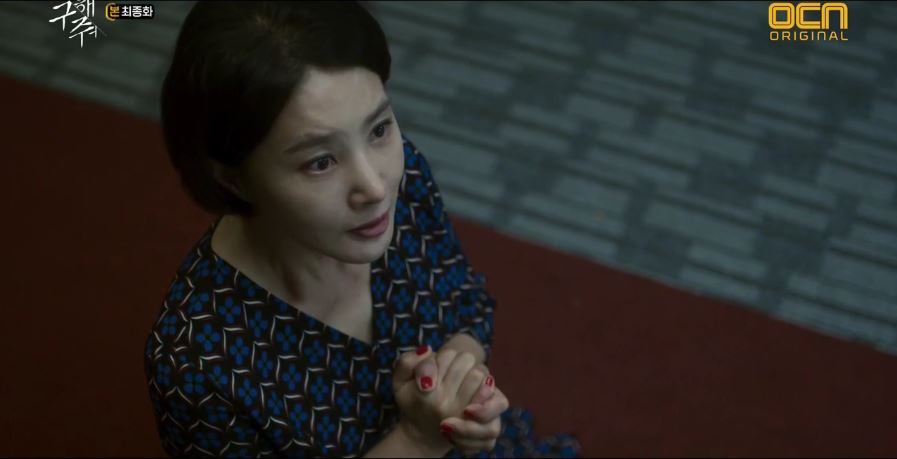 Speaking of fitting ends, I’m a little surprised that Eun-shil turned out to be a mostly neutral participant in the finale. Apart from dousing the pulpit area with gasoline (which wasn’t intended to lead to Jung-ki’s death from what I can tell), she kept herself out of the fray. Her “revelation” from New Heaven’s Sovereign is a sobering reminder of what the sunk cost fallacy can do to someone. Eun-shil couldn’t believe that she was wrong in her faith, so the only thing left to believe was that the current Guseonwon had gone astray and needed to be purified and started over. She may coolly watch Jung-ki’s body burn, but she is simply unable to do any inward reflection about what all this says about her and the decisions she’s made.

I found it interesting that the show implied that the Guseonwon had split into two groups: Eun-shil’s, who felt they had to start over and raise the Ship of Salvation (how’s that cleansing of original sin going to work if their leader is female?), and the red cross group that Sang-mi’s dad belongs to, who believe that Jung-ki is going to be resurrected and return. It’s not surprising, considering what tends to happen after the deaths of charismatic religious leaders, but it was a little sad, too. Despite all the evidence that Jung-ki was an evil man through and through, there are still people who cling either directly to him or to the theology he originally espoused.

Wan-tae’s beatdown and arrest cheered me up quite a bit, as did Ji-hee’s ability to calmly sever ties with Yong-min when it became clear that he was going to fall. I’m a little annoyed that Kang-soo escaped with his good police officer mask intact, but if one of the minor bad guys was going to get away with something, I don’t mind too much that it’s him. I am happy that Choon-gil turned himself in, though, because that puts him back squarely on the side of good and cements his place as the only non-shitty dad in the show. 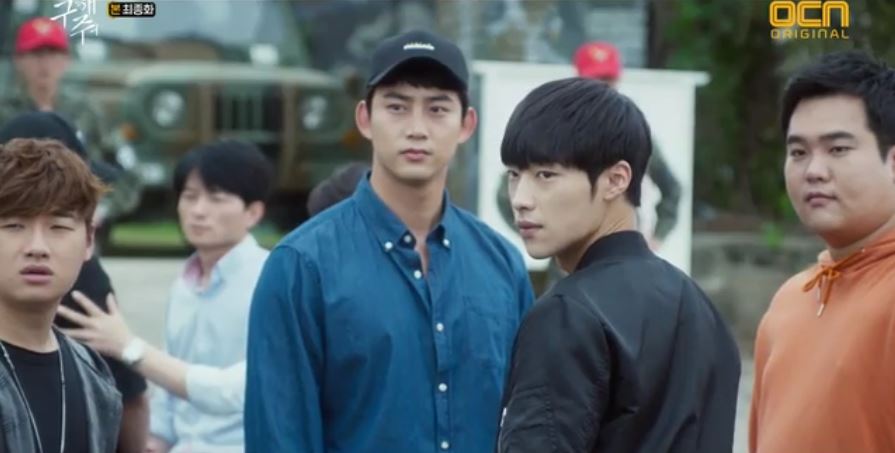 It was good to see the boys as they restarted their lives. Sang-hwan shed light on his father’s crimes, just as he had promised, and it looked like Min-hwa was recovering from her illness/injuries, which was great. Dong-chul tentatively reconnected with his father, while Jung-hoon got to do some silly internet stuff with his dad. Man-hee bonded with his brother, Joon-gu, and the delivery guy, which was cute, too. (I’m also relieved that both Jung-goo and So-rin got mentioned so that their deaths weren’t entirely forgotten, though I wish someone had taken a moment on-screen to pay their respects to them.)

Sang-mi’s ending monologue about the three hopes—she would escape someday, there is a real god, someone will answer when she shouts in desperation—that sustained her was touching, as was her and Bo-eun’s quiet farewell to Sang-jin. Those two things coupled with Sang-mi showing up to see Sang-hwan off to the military and agreeing that she was friends with the boys was a fitting end to the series.

Show, you did a good job. Thanks for entertaining me over the last eight weeks.