TL;DR: All of the things are happening all at once. It’s almost like this is the penultimate episode or something. 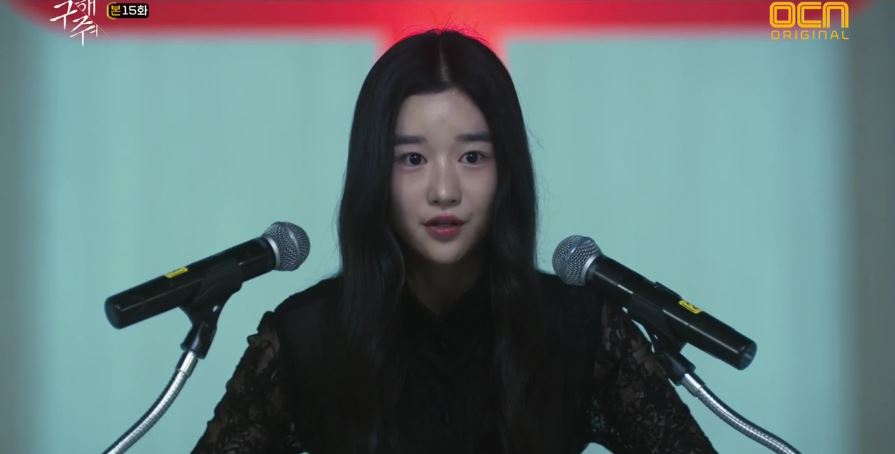 There was way too much either happening in this episode or being set up to happen in the finale, so I’m going to stick to the most important bits to keep this post mostly coherent.

One of the things that I have most admired about Sang-mi in this final act is how she has starting to work within the Guseonwon rules to further her own plans. She plays the faithful Mother of Spirits in order to buy herself trust and increased privacy, and then she uses that to plot behind Jung-ki’s back and gently control the faithful. If she were still lashing out publicly all the time, she wouldn’t be able to maneuver like she is doing now. I’m thrilled that she has taken several levels in cunning.

But I’m also extremely concerned by her plan to trap Jung-ki. Sang-mi, I’ve never doubted your courage, but I’m worried for you. Jung-ki is flat out evil by every measure, and you’re putting a whole lot of faith in Dong-chul, who may or may not be in a new secret dungeon at the time you need him. You guys have been getting the upper hand lately, but you’ve also suffered some significant losses, most notably So-rin. (I AM SO SAD about this, but also not surprised.) Please be as careful as you can be. (You, too, Dong-chul.) 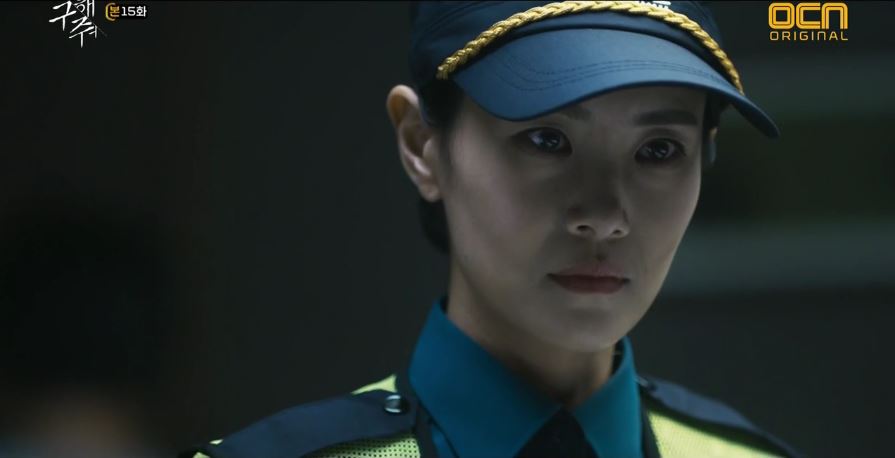 Speaking of leveling up, this episode was filled with people doing awesome things. While I’m side-eyeing the sudden he’s-like-a-father-to-me speech from Soon-kyung (neither of you had enough screen time to warrant that), I love that she confronted Jung-ki about the bribery and—in spite of his polite threats—then immediately told Choon-gil to turn himself in. That’s the kind of parent-child love that should be championed more: you love your parent enough to hold them to the standard of not-abetting-evil. I’m pleased that Choon-gil in turn saved Soon-kyung from a possibly serious stab wound, which allowed her to make an arrest (and probably get more evidence against the Guseonwon, if the man’s testimony can be used). I am equally happy that Choon-gil decided to take that as a sign and confess to Jung-hoon that he hasn’t been the upstanding police officer he was pretending to be. I accept your sliced-up hand and confession as proper restitution. Thank you for officially becoming the one non-shitty dad in this show.

Sang-hwan, on the other hand, spent the whole episode aghast but not completely surprised by the depths to which his father would sink. I’m glad he has been jaded about his father for a while now because we got to skip the typical agonizing over familial betrayal and go straight to the two sides trying to outsmart each other. Thank god Sang-hwan had a dummy voice recorder. Also, I’m very happy he took a page from his mother’s book re: secret recordings and laid a trap for and caught Wan-tae in it, even if Kang-soo couldn’t hold him. It’s also good to see that he learned from his poor decisions three years ago and is determined not to abandon his friends again in the hope of saving his mother. You can save all of them, Sang-hwan, if you and your friends work together. (Please?) 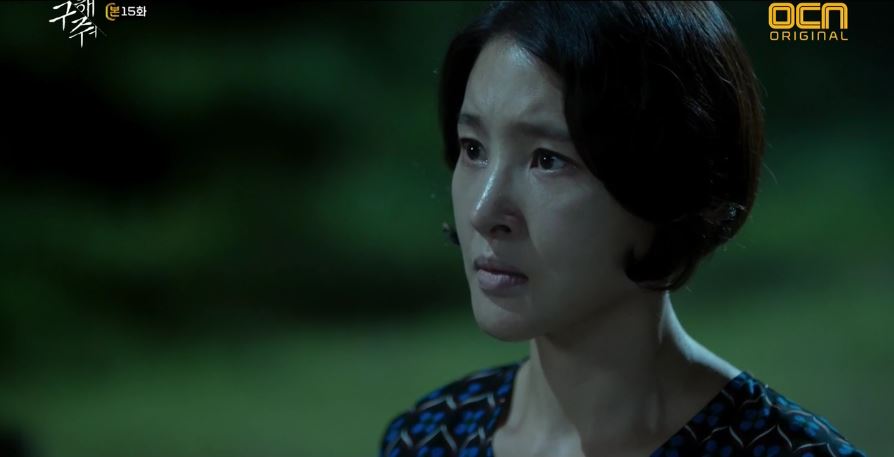 Going into the finale, we have two rogue agents affiliated with the Guseonwon: Wan-tae and Eun-shil. The second half of this show has ramping up the pressure and discontentment for Wan-tae, and hearing that the attempted murderer is claiming he gave the order to kill Soon-kyung appears to have pushed him over the edge. (New Heaven’s Sovereign apparently didn’t teach Jung-ki that you don’t piss off the man who has been hiding your bodies for you.) With any luck, his attempt at revenge/retribution will be gloriously bloody.

Eun-shil’s the enigma. She knows that Dong-chul has been undercover, and she also knows that Jung-ki is repeating the exact same script from when he failed to make Yoo-ra the Mother of Spirits. This finale will allow her to determine her fate. Will she become victim to the sunk cost fallacy and reaffirm her commitment to New Heaven’s Sovereign? Or will she accept that the last several years of her life have been wasted on a scam that cost her her beloved daughter?

The good guys are going to have to move fast if they’re going to earn themselves a victory with all the forces against them. Best of luck.