TL;DR: Look at all these young people calling out their elders and gathering evidence. 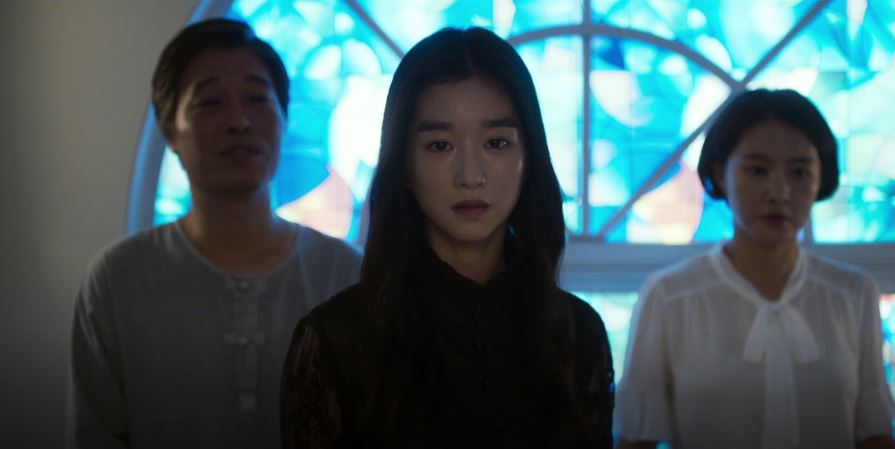 Sang-mi was magnificent in this episode, and I’m happy to report that she is doing an excellent job walking the line between complying with her captors and keeping a tight hold on her soul. I adored it when she said she was going to save everyone—and how her father and Eun-shil completely misunderstood what she said to their faces.

Seo Ye-ji is killing it in this role. One of my favorite scenes in this episode was when Sang-mi’s Mother of Spirits training began and Eun-shil had her ritualistically confess her sins. There was such vehemence in her voice when she got to express her anger and resentment and hatred out loud, and all Eun-shil could do about it was listen. The Guseonwon leadership had best beware, because Sang-mi is just warming up. 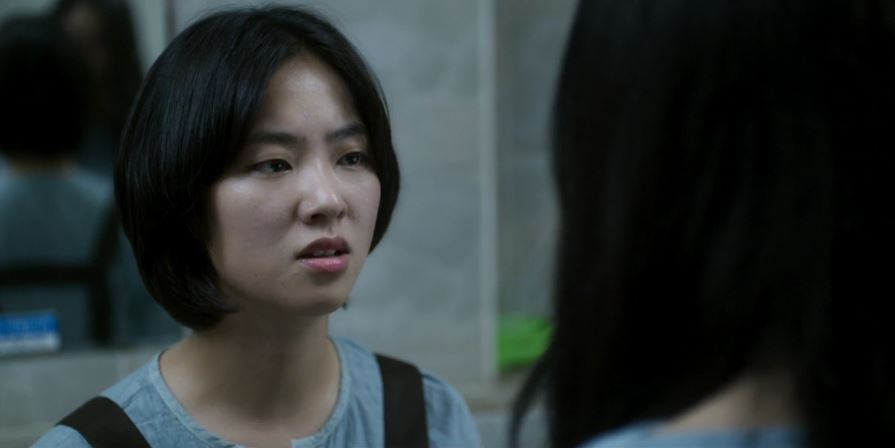 But my absolute favorite scene in this episode was the conversation between So-rin and Sang-mi. I am so relieved that So-rin is in fact an ally—and better than just any random believer undergoing a faith crisis, she is an undercover reporter who has spent a year trying to uncover the truth. With her now being appointed as Sang-mi’s accompanying sister, I’m hoping this means that there are more moments where both women can let down their carefully controlled and composed masks and confide in each other.

However, I’m really worried that it isn’t a coincidence that So-rin’s undercover status and an actual fucking dungeon were both revealed in the same episode. Will So-rin end up down there at some point? I hope not, especially because she is really good at maintaining her cover. That split second where she went from reporter to groveling believer was both amazing and unnerving. Good on Sang-mi for playing along with it, though it is ridiculously creepy to have three women weeping and wailing at your feet, begging you to take their prayers to a man you despise. Eeeeek.

The boys are getting much smarter in this episode. Sang-hwan earned himself several points for calling out his father in the hospital. He’s not the sort who is willing to roll over anymore, and he also isn’t trying to defend his father in the least for his corruption. Thank you. Too many kdrama protagonists get all angsty about “betraying” their scum-of-the-earth progenitors, but at least Sang-hwan has learned that lesson and isn’t about to bury his head in the sand anymore.

I would appreciate it if he curbed his impulsiveness more often. He’s really lucky he didn’t get caught snooping around the Guseonwon, but at least he got himself some video of Jung-ki being creepy to spread online and provided evidence to the audience that Jung-ki is most likely a true believer in himself and his cult. I have spent most of the time just waiting for Jung-ki to reveal himself as nothing more than an opportunist; looks like he is a believing opportunist, which makes this all a little more interesting.

Dong-chul continues to be great in his own undercover operation, and I’m pleased that he and Sang-hwan worked together to verify So-rin’s story instead of just blindly trusting her. Please don’t let that abandoned phone in the bathroom screw anyone over. (I’m terrified it will.) It’s also good to see the two boys reconcile further. It will probably be a long time until they’re buddy-buddy again, if ever, but I am content for them to work it out slowly. 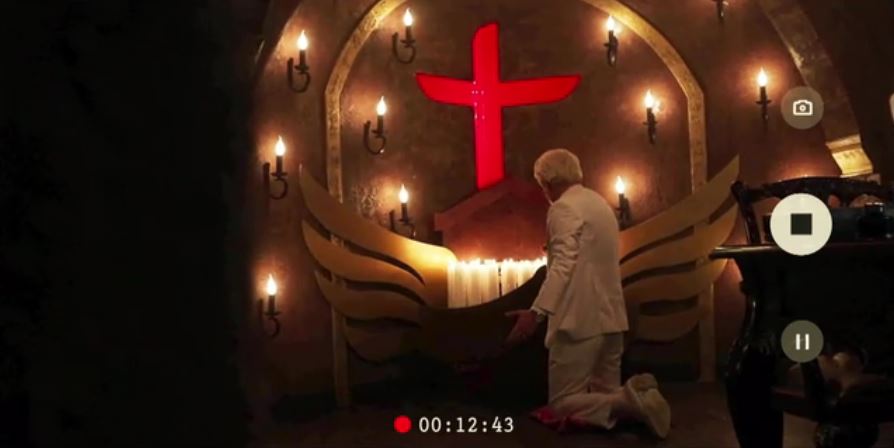 Back to this whole secret dungeon thing. Like—wow. That’s all sorts of levels of fucked up that this cult can just make people disappear into a hole in the ground for doubting their church and its leadership. How many other people are they locking away in dark stone cells and beating under the guise of exorcism? Sang-mi’s father has absolutely become a full-fledged fanatic, and I will be very upset if he gets redemption later on. How far gone do you have to be that you happily go along with torturing a prisoner because it’s an honor to be told you have the greatest faith?

It looks like they’re continuing to develop fractures among the villains, though. I fully expect for Sang-mi’s father, Eun-shil, and Wan-tae to end up tearing each other apart in an attempt to hang onto their positions within the Guseonwon. Outside of it, Yong-min and Congressman Park/Ex-Governor Han are poking at each other via proxies. Something has to give at some point, and I’ll admit that I’m hoping that the villains bloody each other first before going after the good guys.