We’ve got a little bit of everything this week, though none of them really speak to my soul.  Are any of these on your to-watch list? 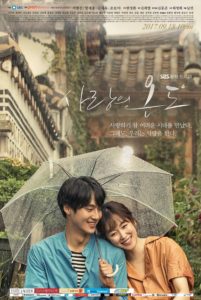 Lee Hyun-soo has spent the last ten years as an assistant screenwriter, and she had been gaining recognition in her field. She goes by the username Jane online, and she strikes up an internet friendship with the username Good Soup. Their chatting turns into flirting, and Hyun-soo finds herself with a crush on Good Soup. Good Soup is really Ohn Jung-sun, a restaurant owner who often clashes with his distant mother. Things get complicated quickly when Hyun-soo’s friend, Ji Hong-ah, falls in love with Jung-sun, and Park Jung-woo, primary investor in Good Soup, falls for Hyun-soo. These four friends will have to sort out their romantic feelings and their friendships when Hyun-soo and Jung-sun meet face to face for the first time.

Temperature of Love is based on Ha Myung-hee’s 2013 novel, Good Soup Never Picks Up the Phone. 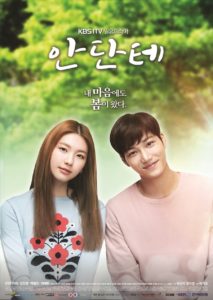 High school student Lee Shi-kyung has earned his antisocial and computer nerd reputation. He’s far more interested in what’s going on in his neighborhood PC room than his family, so his life gets turned upside down when they suddenly move to the countryside. He and his younger sister, hot-tempered cosplay nerd Lee Shi-young, end up being sent to a really weird high school. There they meet Park Ga-ram, a top student who wants to become a doctor, and Kim Bom, a mysterious and shy girl. Shi-kyung will have to force himself out of his comfort zone in order to survive and thrive in this new place.

And the one I missed last week: 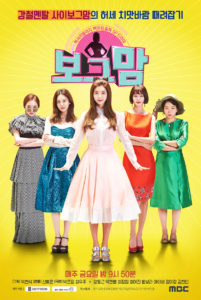 Seven years ago, Choi Go-bong’s wife died not long after giving birth to their son, Yool. Yool is now ready to begin his school year at a prestigious kindergarten, and because of this, Go-bong believes his son needs a mother. Since Go-bong is a leader in the artificial intelligence and robots fields, he decides to build Yool a mother. This “borg” mother clashes with the other mothers at the school and their obsessions with status and wealth.

2 thoughts on “Two new dramas, plus one I missed”