TL;DR: Our heroes are preparing for a counterattack, but I’m still extremely anxious about everything. 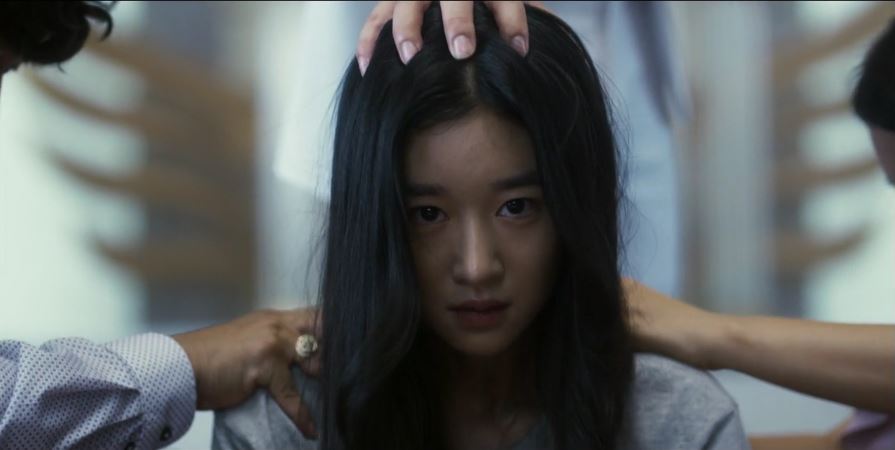 I honestly didn’t think my love toward and protectiveness of Sang-mi could possibly increase, but this episode proved me wrong. She is easily climbing up my list of favorite kdrama heroines, in no small part due to the opening scenes where she defies Jung-ki to his face in front of the entire congregation. Even though no one is ready to listen to her, I got some immense satisfaction from her rebuking the members and telling them all to go home to their families. There is no salvation to be found here, only corruption and horror.

The “exorcism” was difficult to watch not only because of the physical abuse of Sang-mi and then her mother endured to “drive Satan out” of them, but because Sang-mi was also restrained rhetorically. There was no way for her to win that confrontation with Jung-ki because all of the church members believe in a devil that can keep them from salvation; ergo, there is a very real possibility that a devil has taken over Sang-mi. After all wouldn’t it be Satan’s ultimate goal to overtake the Mother of Spirits so no one can board the Ship of Salvation?

In order for them to be saved, they must drive the evil out of Sang-mi. Any show of disbelief from her just reinforces their need to save her so that they, in turn, can be saved. Even if it means slapping your mentally ill wife across the face when the priest claims that Satan has his grip on her, too, or going along with depriving a young woman of food and drink and locking her in a room until she submits to reciting scripture. These people believe they are doing New Sovereign’s will, but all they are doing is evil.

One thing I must commend this show on is its use of flashbacks. Instead of needlessly rehashing points made just a few minutes ago, Save Me’s flashbacks tend to drive the story forward or to explain character motivation. In this episode, the flashback recharacterized scenes in episode nine: Sang-mi had realized long before heading into the police station that running away to the wouldn’t work. Her motive isn’t to just save herself and her mother—it’s to tear the Guseonwon down. Now her decision to go back to the taxi driver makes better sense, as does her calm when offering to go back in the police station.

Sang-mi returned with a purpose, and now I’m wondering just how far ahead of time she has calculated her moves at the Guseonwon. It makes her resistance to Eun-shil and her father’s pleas more a theater than anything else. The leaders wouldn’t believe she had finally submitted unless they felt they had done enough to break her. It makes her decision to eat and the recitation of the scripture in front of Jung-ki into a triumph for her—they’re starting to believe they have worn her down into compliance.

After Eun-shil’s outburst at Bo-eun (YIKES), I’m uncertain if I can count on her to turn into an ally for Sang-mi. I’m particularly disturbed by the insinuation that Eun-shil’s daughter, Yoo-ra, was the previous attempt at a Mother of Spirits. Will Eun-shil’s bitterness about her daughter’s death keep her locked into her monstrous path of forcing yet another young woman to fulfill a cult role? Regardless, I’m hoping that her decision to select So-rin as Sang-mi’s accompanying sister will backfire on the Guseonwon. So-rin is still not giving Bo-eun the suspicious medication, and So-rin had the presence of mind to ask if their recruiting tactics could be taken as lies. She has been there for a year, but there is room for doubt in her (I hope). 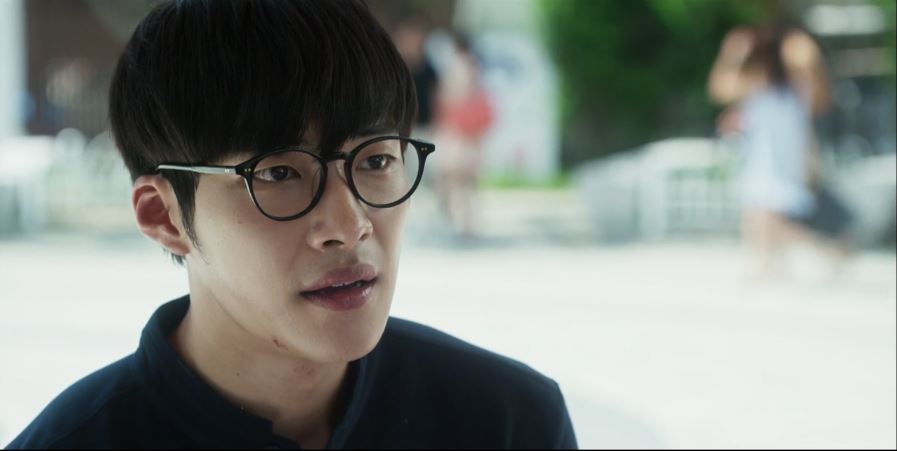 In the meantime, I’m actually quite pleased with the boys for putting their heads together and coming up with alternative plans now that they believe they are on their own. Dong-chul’s decision to go undercover is a bit of brilliance (and not just because he does the cute dweeb thing well). As outsiders, they have little chance of breaking into the inner workings of the Guseonwon because—let’s face it—the cult members believe the outside is filled with evil. The only way to get to the bottom of the cult is to head deep inside. The little touches with Sang-hwan’s watch and Dong-chul’s lines hinting about a rich father are great bait. Now if only someone will take that cell phone away from Jung-hoon…

Sang-hwan’s strategy surprised me the most. I’m glad that he isn’t in denial about his father’s corruption at this point—I hope he doesn’t try to protect him when the shit finally hits the fan—and readily bargained with him over helping Sang-mi. There’s a quiet heartbreak in how transactional it was: help me save my friend, and I’ll go live the life you planned out for me. But it was his follow-up with Ji-hee that made me very happy. Sang-hwan remembers what happened with Dong-chul and knows he can’t trust his father, so he basically turns that deal into a threat for Ji-hee: help me save my friend, and I won’t spread rumors about your affair with my dad because we both know he’d cut you loose to hang onto his power.

Too bad it appears to have backfired. Did Ji-hee rat on Sang-hwan? Or is Sang-hwan’s father playing some other kind of game by inviting Jung-ki to the hospital? Regardless, Sang-hwan is unprepared for this face-to-face meeting with Jung-ki, and I’m concerned he is going to give something away that could put Dong-chul and/or Sang-mi at further risk.