TL;DR: I understand that this is only episode nine and that of course the heroine can’t win at this point, but damn it I want her to win. 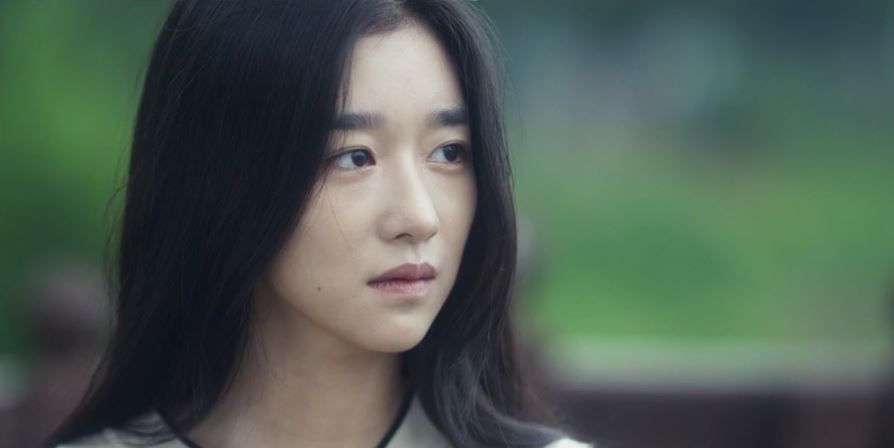 In many ways, this was the episode that finally cut off all of Sang-mi’s escape routes. She has incontrovertible proof that it is useless to seek help from the authorities in Muji County. Whether it is the bad guys’ connections or the simple fact that no one besides the boys is willing to believe her when she explains what she has been suffering, the only recourse she has for justice is to walk back into the fire and drag the evidence she needs (and her mother) back out with her.

Yet even though this episode ends with her returning to the Guseonwon, the show took the opportunity to highlight the deliberate choices Sang-mi made. She chose to divulge her story to the quartet, she chose to go back to the taxi, she chose to surrender in an attempt to keep the boys from being locked up, and—most importantly—she chose to walk back up those church steps on her own instead of being dragged. Even though she is physically trapped again, these moments prove that Sang-mi will continue to make the best choices she can to save herself and her mother.

(She is not a thing to be possessed or the vessel for salvation; she a person.) 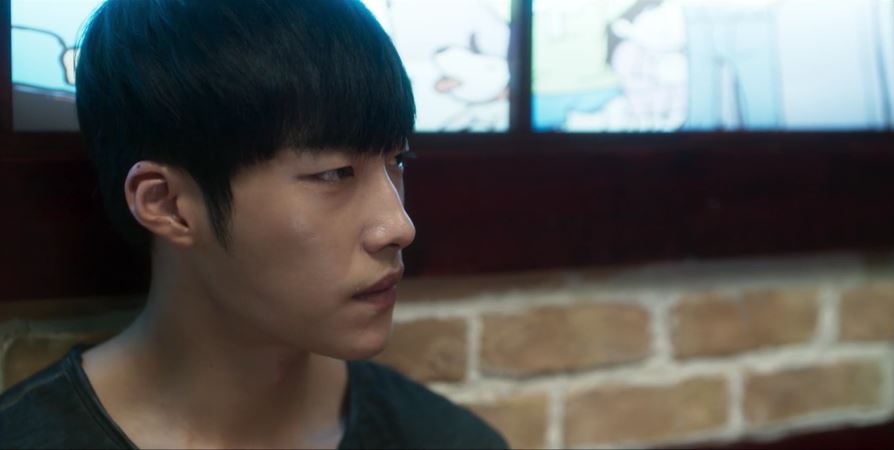 There were two great commentary moments in this episode, one about privilege and the other about family/domestic violence. Dong-chul, of course, is the one to point out that Sang-hwan has the luxury to believe that going to the authorities will be the ultimate way to solve the problem. The system has always worked for him, as the son of the wealthy governor. But Dong-chul has seen how the system is shit for the poor and the powerless—he spent three years in jail because of it—and he is far more skeptical because of it. (I was glad, too, that they took a moment where Jung-hoon acknowledged that his police officer father was wrong for just believing Sang-mi to be mentally ill and handing her right back to her father. Respected people are more readily believed than a woman screaming about murder.)

The other bit of commentary came during Sang-hwan’s argument with Kang-soo about whether or not Kang-soo should believe Sang-mi while Sang-hwan throws legal statutes at him like a first-year law student. About whether or not Sang-mi has actually experienced any familial abuse because there’s no hard evidence and it’s really just a family matter that should be solved privately because it’s just way too troublesome to believe a possibly mentally ill young woman who is having a religious dispute with her father.

Maybe now that Sang-hwan, Jung-hoon, and Man-hee (though I don’t really think Man-hee needed the lesson as much) have been tossed in jail to cool off, they’ll come to that same understanding that Sang-mi and Dong-chul have: the system is too corrupt to help.

Speaking of the system, this episode finally cleared up a lot of my own confusion about who is connected to whom in this county. Jung-ki has Congressman Park on speed dial, Congressman Park regularly dines with Yong-min, Yong-min has Kang-soo in his pocket, and Kang-soo has Joon-gu’s leash (at least for now). Yong-min’s rivalry with ex-Governor Han looks like it’ll be carried out via their proxies, Kang-soo/Joon-gu vs Jin-seok, respectively. Sang-mi and the guys really don’t have any clue about the full strength of what they could be up against, do they?

Meanwhile, the villainy I’m most interested in is the Guseonwon. I’ll admit to snickering when Jung-ki lost his temper, but my amusement faded quickly when he took his wrath out (calmly) on his underlings. Jung-ki is driving Sang-mi’s father further and further into his maniacal devotion, and his hostility toward Wan-tae is increasing, too. I find myself hating him a little bit more every time he questions Eun-shil, though, mostly because this was yet another episode in which we could be foreshadowing a future break for her in her true belief. Eun-shil has first-hand experience with domestic violence and, at least on one occasion, shielded her daughter from it. Could she choose to save another young woman again? I hope so.

And even if she doesn’t, I’m pleased to announce that So-rin hasn’t totally become a true believer yet. She’s suspicious enough of what’s going on that she chose not to feed Bo-eun the suspicious medication. Please, please let her become Sang-mi’s ally.

I feel like with Sang-mi’s return to the Guseonwon that we have officially started a new act in the show. All of our heroes have been disillusioned re: the system; now they’ve just got to figure out how to take it down.