TL;DR: Just imagine me screaming in the background the entire time.

Every time I think we’ve hit rock bottom, this show reminds me that we’re actually still in freefall. Just about the only good thing that happened in this entire episode was that Sang-mi got to stab people, which, while momentarily satisfying (I laughed in utter delight, my friends), came at way too high a price.

(Side note: I need to find resources on disability representation in Korean media. Jung-goo’s death via train to further Sang-mi’s trauma and despair and the presence of Wan-deok on Team Cult have me giving the show some pretty suspicious looks.)

Before I started Save Me, I was really worried that Sang-mi would turn out to be an object that needed to be protected versus an actual character, but five episodes in and her story only rarely intersects with the boys. She gets plenty of screen time as the window into the shitfest that is the Guseonwon while Sang-hwan, Dong-chul, and the other two boys flit about setting the stage for future things. Crossing my fingers that even when the boys finally answer her call to save her that Sang-mi maintains her POV and relevance to the story. 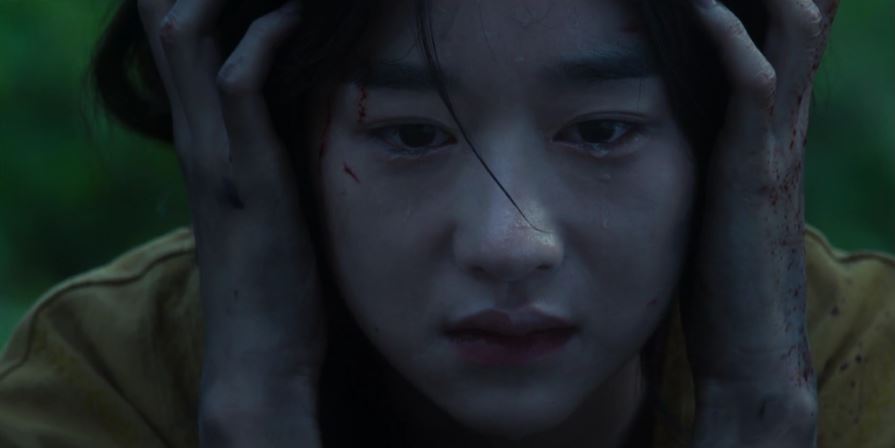 Because let’s be honest—right now, Sang-mi’s story is the one with the highest emotional stakes. I loved that this episode took the time to explain why she hasn’t tried to run away from the Guseonwon before: her mother’s mental illness. Sang-mi is entirely right to want to stay near her mother to care for her as best she can because there is no way in hell she can trust the Guseonwon people to not make matters worse than they already have. She loves her parents and has only now been pushed to the point where she has to accept the fact that she cannot save them.

And now, having realized that, she decides the only thing she can do is save herself.

People who have no knowledge of how emotional or religious abuse works (*snarls at some commenters on the internet*) should keep their mouths shut about how Sang-mi should have just tried to run away before now. Ignoring the fact that this episode shows how much sway the Guseonwon has over the local police and the even regular citizenry and how good Eun-shil and Wan-tae and Jung-ki are at manipulating people with their piety, Sang-mi has literally no resources. The Im family clearly didn’t have any relatives they could crash with or else they wouldn’t have moved out to the sticks in the first place. Sang-mi had no time to make friends before her brother died and it was implied she was pulled out of school, she lives at the Guseonwon and has no one and no place to run to, and the police think she’s mentally ill and are willing to hand her back to the Guseonwon despite her protests and screaming that they killed someone. To top it off, the Guseonwon is so isolated that it requires long drives to get there, through a fairly heavily forested area, and it doesn’t appear as if there are any busses nearby. She works at the Guseonwon, and they sure as shit aren’t paying her, so it’s not like she can squirrel away money to plan for an eventual escape. Sang-mi has been deliberately isolated and trapped—physically, financially, and by her love for her family. 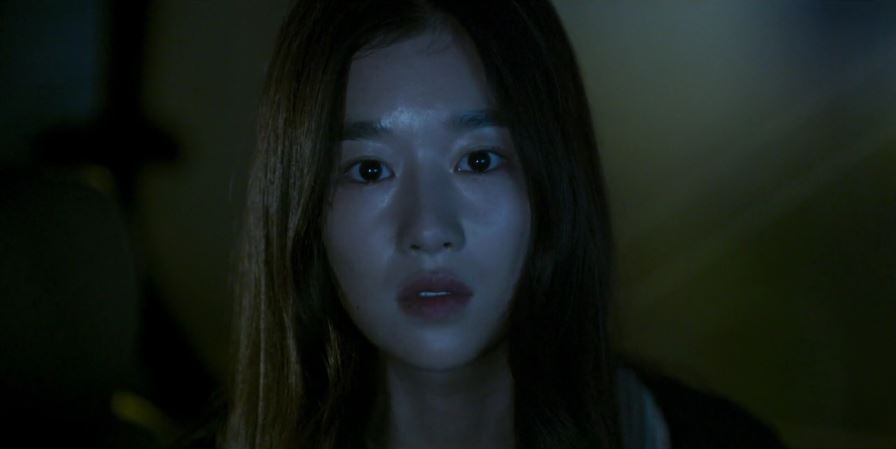 Being moved outside the Guseonwon will be her first real opportunity to seek help, though it clearly won’t be any easier than it was before. I’m hoping that Dong-chul’s reconciliation with Sang-hwan won’t take too long (though Dong-chul definitely deserves to feel angry and betrayed and want nothing to do with him) and the quartet will support Sang-mi in her bid to escape. With any luck, that will happen soon, and then the five of them can work on dismantling the Guseonwon and taking down Sang-hwan’s corrupt father.

I’m definitely way ahead of myself considering this is the one-third mark, but I’m going to cling to the belief that the drama will hit act two soon and provide at least a small upswing in Sang-mi’s fortunes. I need her to get in another win, no matter how small.