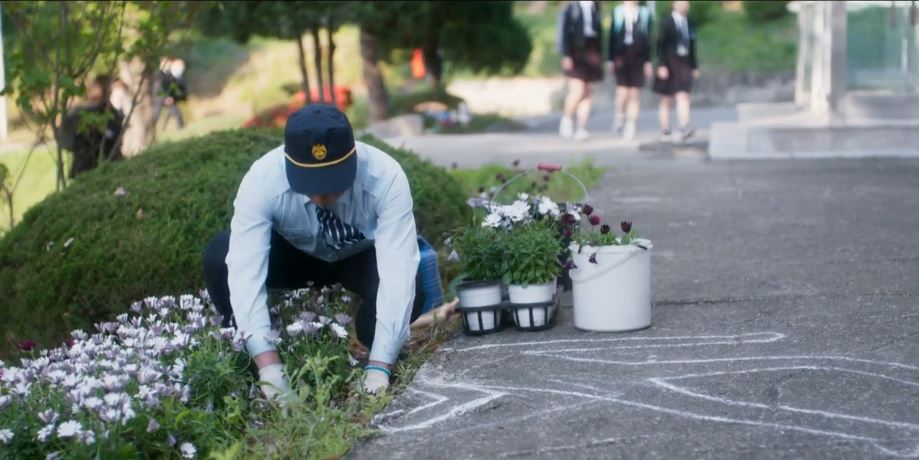 This, basically, is an episode of misery. Sang-mi’s family is falling apart in their grief, and basically all of the adults who aren’t useless turn out to be evil (or at least willing to look the other way while people sweep things under rugs). And even though I’m angry about all the injustices that are perpetrated in this episode, I have to admit that this is an effective way to get the good guys headed straight for rock bottom.

I’m a little disappointed that Sang-mi didn’t get many scenes in this episode, though the few she had were effective. I liked that she called out Sang-hwan for failing to help her after he went out of his way to try to be friendly with her. It’s questionable whether or not Sang-hwan would have been able to change the outcome on that rooftop, but it was a great way to foreshadow the fact that Sang-hwan isn’t a hero yet.

For all he (and his friends) are used to tossing his father’s weight around to get their way in petty things, Sang-hwan has fallen short of the hero slot. Part of that is because he wants to be a good son, and he hasn’t yet learned that his father may not be worthy of his love. (I give him until the mid-point to realize this—my wild guessing is that his mom found out something unsavory about his father and had to be “dealt with.”) The rest of it is because he simply is used to being the big fish in a small pond, and he just doesn’t realize yet that his sleepy country town has darkness in it that can’t be driven out by bluster and his family name.

Second to the Im family, the person I felt the worst for this episode was Dong-chul. His actual attempt at heroics—trying to stop the rooftop scene—ended catastrophically for him. Because of his lack of “pedigree” and the word of four well-connected brats against his, he ended up expelled when the quartet started the violence at school. Had Sang-hwan agreed to help Sang-mi and gone up there with Dong-chul, perhaps things would have gone differently.

So while I appreciated the whole “keep your head up” sentiment from Sang-hwan, the fact of the matter is that his dithering about being a good son kept him from coming to Dong-chul’s defense yet again. This twice-in-a-row failure on Sang-hwan’s part to be a proper hero had better motivate him to accept the heroic call to action the next time it shouts in his face. I’m glad that Dong-chul refused to acknowledge him at the side of the road, because Sang-hwan isn’t going to grow up at all if he doesn’t have some kind of consequences for his decision not to act.

Not that Dong-chul’s decisions have been the greatest, either. I wholeheartedly approved of his attempt to intervene on the rooftop, but beating one of the bullies—while temporarily satisfying—was an incredibly reckless move. He could have been the one to break his back on that rock. However, the contrast between Sang-hwan’s inaction and Dong-chul’s impulsive actions make it clear that neither extreme is going to get them very far. A middle way will be necessary if any of them are going to actually be helpful in the future. 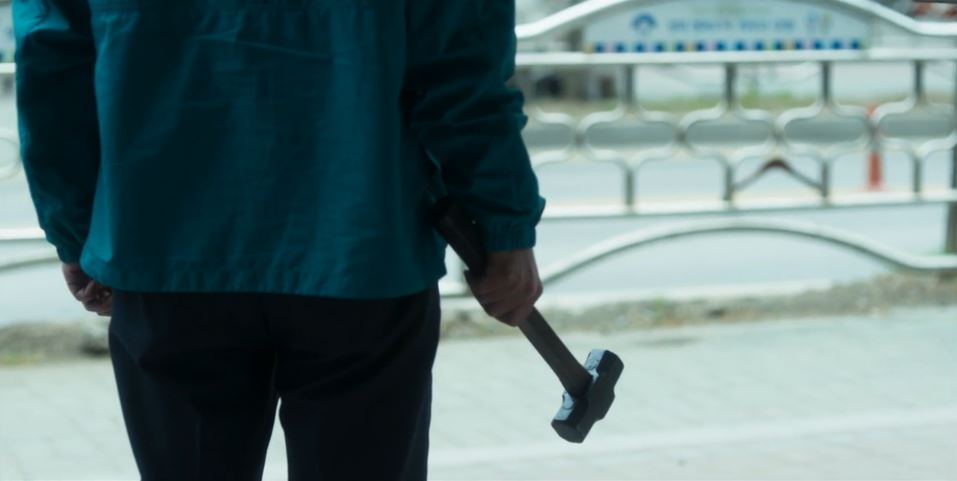 In the meantime, the Im family is entirely falling apart. I’m not sure yet if the mother is continuing to see Sang-jin’s spirit or if her grief has overwhelmed her. (I think she saw Sang-jin’s spirit in the hospital, and I think Dong-chul saw him in the prison, but since the audience wasn’t privy to any other “sightings,” I’m considering all others suspect.) Regardless, she isn’t capable of handling her grief right now and has made some heartbreaking accusations against her husband and Sang-mi about their inabilities to protect and/or provide for Sang-jin.

The father isn’t handling it much better; he is turning all guilt inward and blaming himself for the circumstances that led him to take his family out of Seoul and for his inability to murder three teenagers with a hammer. On the one hand, I can understand that kind of grief, but I want to shake him, especially after Sang-mi begged him to not fall apart on her, too.

Sang-mi’s just a teenager—a teenager whose twin brother committed suicide right in front of her, and her mother blames her for not stopping it and her father is too consumed by guilt to give her the support she needs. I’m also skeeved out that Baek Jung-ki continues to be fixated on her in this particularly vulnerable time: “Sang-mi is a chaste virgin who will help us board the ship of salvation.”

Ummmm, I’m sorry, but what the ever-living hell? I am suddenly concerned that there’s a possibility of human sacrifice in the future. Why else does a cult leader need a virgin?

I’ve got a feeling we haven’t quite hit the bottom yet. Hang in there, Sang-mi—here’s hoping by the time you really do need help, the boys will actually be useful.