TL;DR: I can’t believe I had forgotten so many tiny moments that make this romance one of my favorites. 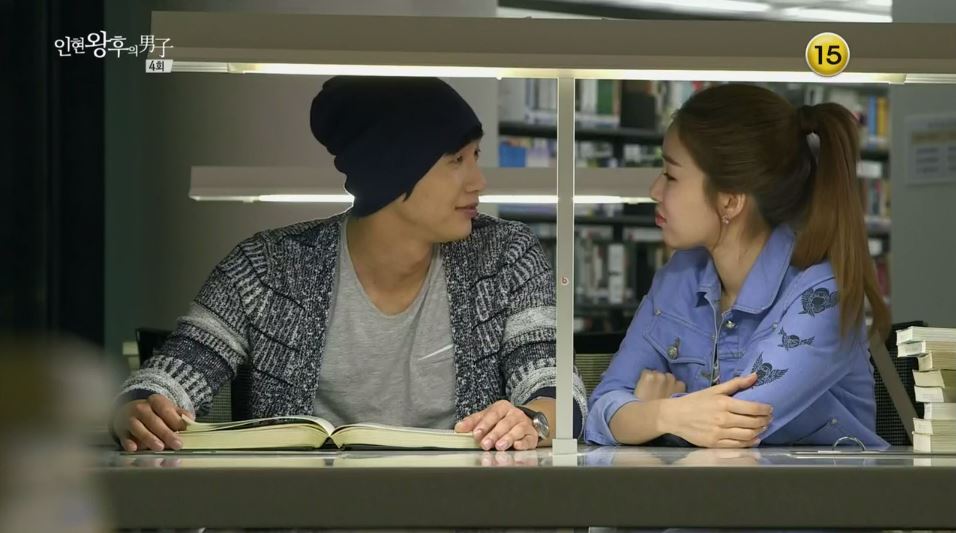 It has been years since I’ve seen the first half of this drama, and this episode reminded me exactly why I fell in love with it. Hee-jin and Boong-do were my very first kdrama OTP (for me, there are only three couples worthy of that title), and it is in no small part because of how things played out this episode.

First of all, Boong-do isn’t an asshole male lead. He doesn’t blame Hee-jin for the trouble he gets into in the modern world (other male leads would have fussed at her because they decided to pop in randomly, were attacked, and got their own damned selves locked in the shower), he worries about how she has been since she got attacked with a bouquet of flowers, and he comes to her to ask—not demand!—for her help. He might not get modern beauty standards, but when he realizes she is uncomfortable when she’s being swarmed by fans, he extricates her from the situation. Boong-do is highly intelligent and excellent at adapting to circumstances, but he is also completely willing to ask for her help and humor her when he realizes she’s poking gentle fun at him.

And he has the cutest, most swoon-worthy smile, my friends. (I’m a little sad that Ji Hyun-woo has had braces since this role, but hey.)

It’s so refreshing for a heroine to have a crush that she isn’t ridiculed for. Hee-jin’s curiosity about the time-traveling, sword-wielding nobleman turns into a full-on crush in this episode, and it is just so fun. She gets to tease him and admire him and preen in front of him, and her little oh no I have it bad realizations (like when he hugged her) were great for selling her feelings. The surprise kiss in the elevator is a bit problematic, though at least it’s immediately obvious Boong-do doesn’t buy Hee-jin’s platonic goodbye explanation. (His smile after she exits says that it was a surprise he liked, so there’s that.) 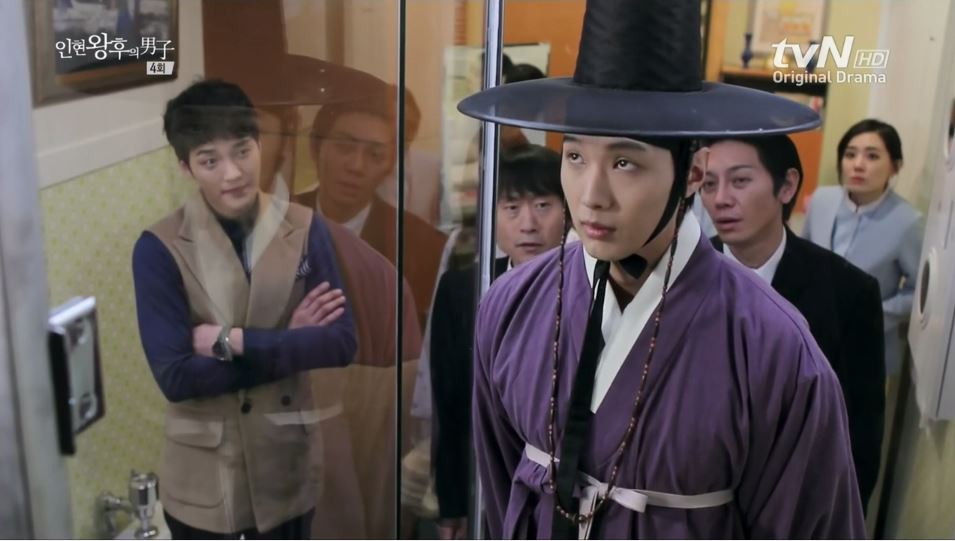 There were a couple of plot-centric/foreshadowing things that were interesting in this episode. For one, it seems as if the talisman really only cares about the x- and y- axis in space, not so much the z-axis. One could have argued that the talisman couldn’t preserve the z-axis when Boong-do left the bathroom at the end of the last episode (because him plummeting thirteen stories upon return to the Joseon era would be fatal and counter the talisman’s purpose), but that doesn’t hold for Boong-do reappearing in the bathroom. The talisman could have had him emerge on the first floor, but it looks like Boong-do has some limited say about his altitude.

This episode also marked the start of Boong-do’s arrogance when it comes to the talisman. He actually said straight out that he can do anything as long as he has it—even though it was also shown that he can be quite vulnerable without it (e.g., getting trapped in the shower). That confidence in the talisman as his trump card was what made him exchange an extremely valuable bit of evidence against the Right State Councilor for Yoon Wol when he probably should have used the talisman to rescue her and turned the evidence over to the king. But Boong-do got too cocky, and that’s going to come back and bite him.

We also had a gut-wrenching moment where Boong-do threatened Han-dong into shooting an arrow at him to prove his theory on how the talisman worked. Boong-do has figured out some of the talisman’s rules—but he doesn’t know all of them, and that’s going to be a problem later on, too. Even though this is largely a light-hearted and triumphant episode, we have the seeds here for future problems.