TL;DR: Boong-do can recite Confucius but doesn’t know what to do with seatbelts. 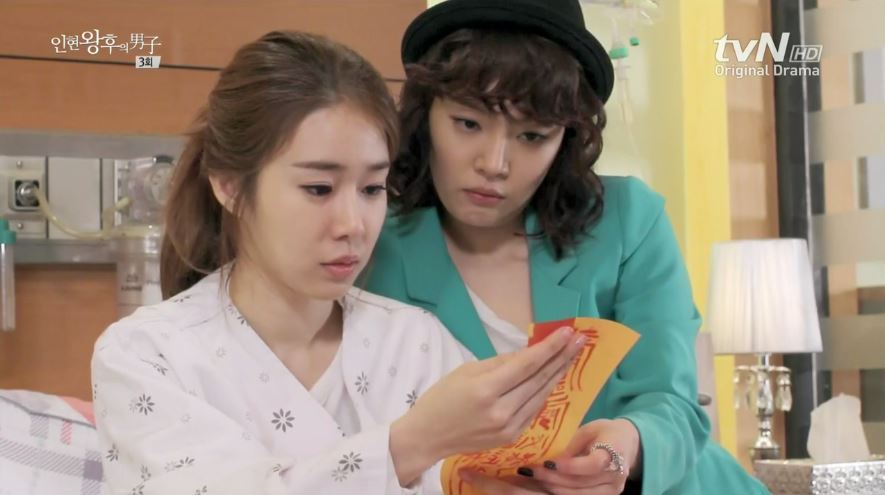 I had forgotten how quickly Hee-jin begins doubting her own memories. In hindsight, this is some pretty damned good foreshadowing. I like how she latches onto a fact that proves she wasn’t just dreaming after fainting (that poor horse) and immediately zooms off to go find her phone and the nobleman with a sword. That’s one of my favorite parts of Hee-jin’s personality: how she blazes forward in search of whatever she wants. Sure, hiding out in her hospital room is the most strategic thing to do, but that won’t get her what she wants now, so she makes the leap.

For the record, I’m rather fond of Soo-kyung. This role could come off as insufferable, but the actress playing her has an epic side-eye game and a lot of sass, so her grumblings about Hee-jin and all the woes her client puts her through are pretty cute. While I do wish we actually got to see Hee-jin’s mother in the show—what does she think of her daughter’s first big television break?—Soo-kyung steps in nicely to fill the mother-shaped void in Hee-jin’s life. 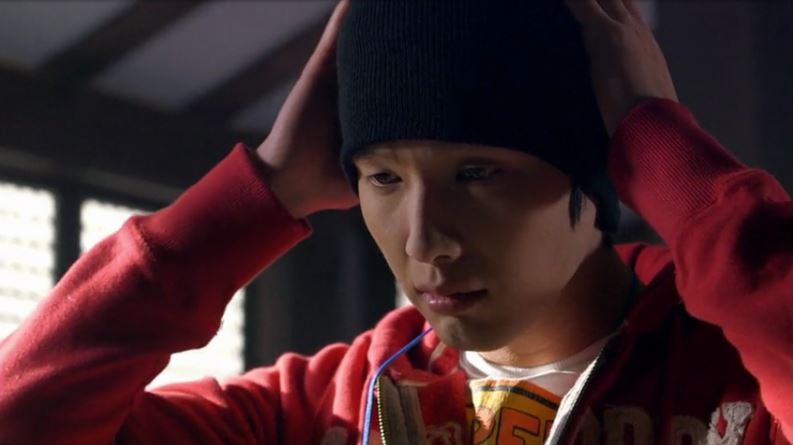 Meanwhile, poor Boong-do has sorted out that he’s traveled through time, though he doesn’t know how far and just…really cannot even with skyscrapers and cars and seatbelts in this future world. We got several great dialogue-less moments from him as he tried to puzzle out cell phones and beanies, and his please-be-kind-to-me-and-pretend-I-know-nothing smile was quite endearing. (No wonder Hee-jin will fall for him.)

While his confusion is fun, what I really love is how Boong-do’s scholarly side shines through. His ability to observe, hypothesize, and then draw reasonable conclusions served him well in his own world, and it definitely makes his ability to navigate the modern world a whole lot easier. He might not have context and he doesn’t understand how things work, but he can sort out zippers and sequences/patterns, so he’s got a solid foundation. 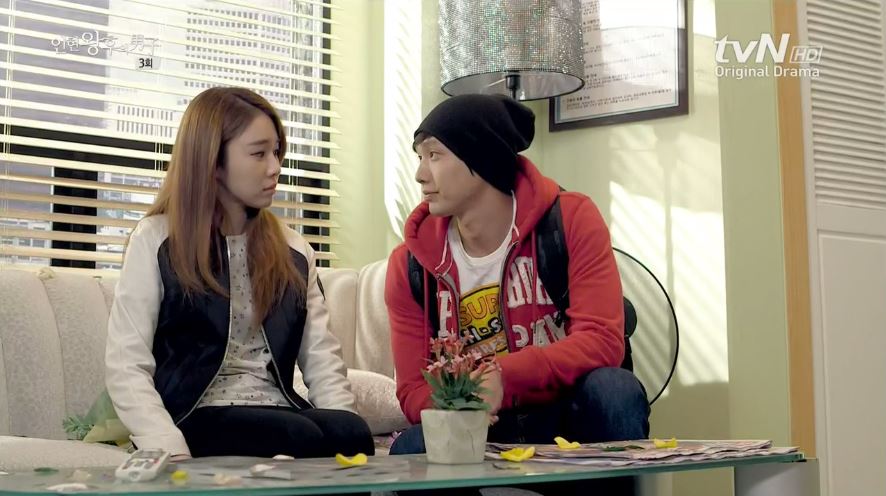 I love Boong-do and Hee-jin together. She is a whirlwind, and he tries so hard to keep up even though she talks a mile a minute and uses a ton of vocab he’s never heard before in his life. I loved how he stepped in to force Na-jung out of the room. He didn’t understand the dynamics at play between a Hallyu star and a rookie actress that made it difficult for Hee-jin to defend herself; he just saw that she was being physically attacked and intervened as quickly and efficiently as possible. (And then he had to ask Hee-jin how to secure the door!)

They’ve got a great dynamic already, and their banter is cute. Both of them throw each other off-balance for different reasons, which is a thing I appreciate. (Plus, he totally comforted her when she was upset, and that’s definitely boyfriend material.) Looking forward to the next episode.