There’s something new for pretty much any taste this week, from the latest installment of the School franchise to a fantasy romance. I’m definitely going to check out The King Loves–please handle kings and romance and tragedy better than SDQ did–and may pick up another, depending on how I feel. 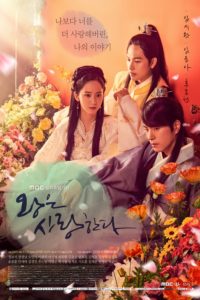 Crown Prince Wang Won is eager for his father’s throne. His closest friend and trusted ally is Wang Rin, who also serves as his bodyguard. The two of them meet and become friends with the beautiful Eun San, daughter of the wealthiest man in the Goryeo Dynasty. The trio’s deep friendship is eventually put to the test when Wang Won and Wang Rin both fall in love with Eun San.

The King Loves is an adaptation of a 2011 novel of the same name by Kim Yi-ryung. 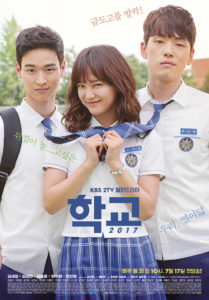 High school student and webtoon artist Ra Eun-ho is determined to keep her sixth-place class ranking in order to get into the same college as a boy she has a crush on. But her academic future gets thrown into uncertainty when school officials believe she is a delinquent student. Meanwhile, the wealthy and rebellious Hyun Tae-woon gets transferred to Eun-ho’s school after being kicked out of his U.S. high school and immediately begins causing problems. Song Dae-hwi is a handsome student who gets good grades,. stands up for the weak, and often butt heas with Hong Nam-joo, another student. Eun-ho and the others will try to figure out how to survive a school system that puts their academic rankings above all other aspects of their lives. 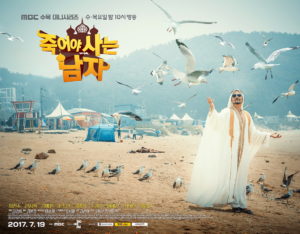 In the 1970s, Jang Dal-goo traveled to the Middle East, where he adopted a new identity and became a successful count. He eventually flees the country in order to avoid a marriage he doesn’t want and returns to South Korea. Lee Ji-young, Dal-goo’s now grown up daughter, is married and an aspiring writer. Her husband, Kang Ho-rim, is a regular salaryman, and the two of them are entirely unprepared for Dal-goo’s reappearance in their lives. 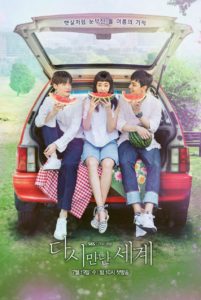 Jung Jung-won and Sung Hae-sung were childhood friends, until Hae-sung was killed in car accident when the two of them were 19. Twelve years later, Hae-sung appears out of nowhere, not having aged a day while Jung-won is now 31. While Jung-won tries to come to terms with the fact that her dead first love is alive again, Hae-sung tries to figure out how to fit back into a family and a world that have left him over a decade behind.

Which of these dramas are on your watch list?