TL;DR: Awww, that was cute. Good job, everyone. 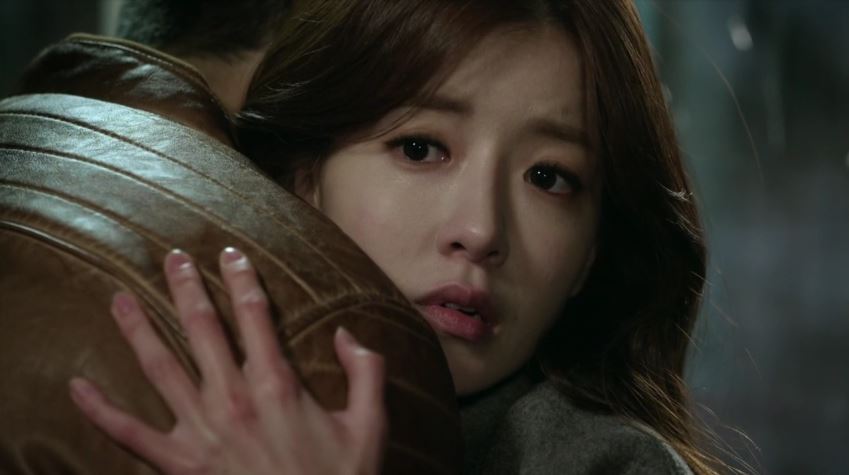 It’s just so refreshing when a show doesn’t fail you in the finale. This episode kept its focus squarely on the two most important things: taking down the bad guy and getting Cheol-soo and Jin-ah together. Everything else—Seong-jin and Song-ja’s relationship, Kwang-ho’s cancer—all took a back seat. There were more important things to tackle, and the episode was all the better for it (while also giving us just enough to be content with its happy ending).

I loved how Jin-ah and Cheol-soo interacted in this episode, with Jin-ah slowly admitting to herself that she trusted Cheol-soo (even though it meant that she had to distrust her ten-year relationship with Detective Kwon). That trust was evident in small gestures like changing her note to large gestures like wanting to warn him to run even if it could cost her her life. It was great to see their little moments together, and even though it’s only been, like, a week in-universe, I am totally behind them developing feelings for each other and starting to date.

And her smile at the end, it was just perfect. She chose to go back to school and was trying to make friends, but she’s still her prickly, blunt self, which means she will just flat out say that she likes Cheol-soo and wants to date. Excellently done, Jin-ah. 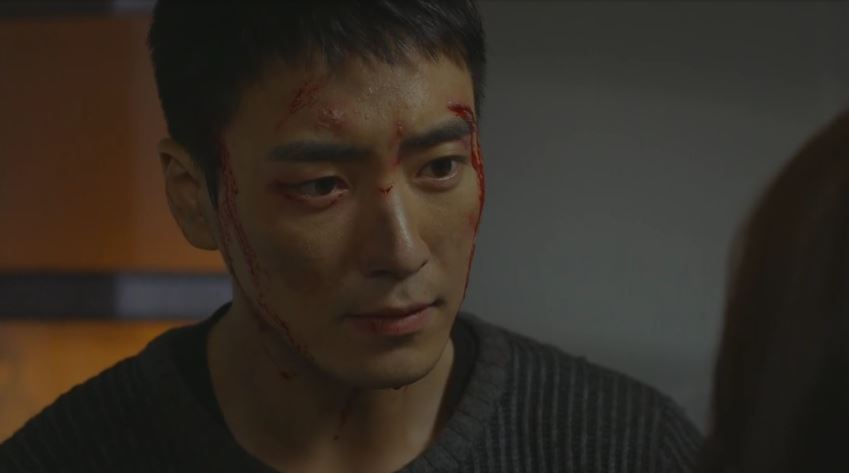 And of course, Cheol-soo wins all of the Big Damn Heroes awards in this episode that Jin-ah didn’t already scoop up. (Repeatedly body-slamming the decorative wall! *swoons*) He got to be clever, had a strong bluffing game, and, most heroically of all, went back to save a man who had tried to murder him. Cheol-soo has had a wonderfully innocent quality about him in this series, and he exemplified it by his willingness to uphold his fireman’s principles even though it would have been much easier for everyone if Detective Kwon burned to death.

Look, I’m all for gray, morally ambiguous characters, but it’s the good (especially reformed good) ones who are honorable and optimistic who truly tug at my heartstrings. Cheol-soo has also been consistently funny in an awkward straight man way (and at times reminding me of Jo Jung-suk in What’s Up) and often cheekily honest about things. He was good right down to his core, no matter some youthful indiscretions, and I loved it. 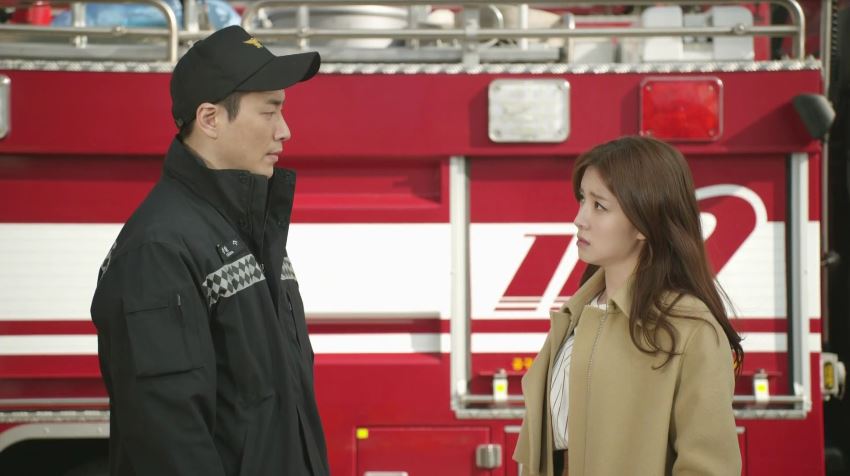 As for the story itself, you could tell that the writer was keeping careful track of the details in order to have them pay off in great ways. From a dropped inhaler to a discarded note to a bottle of pepper spray, the small details mattered and were integral to later parts of the show. What made it even better was how Seong-jin and Song-ja stepped up to help Cheol-soo and Jin-ah defeat Detective Kwon. (I’m hoping that reassuring hand-hold means that Jin-ah and Song-ja are truly family now. That would make my day.)

All in all, Naked Fireman was worth it in spite of its ridiculous premise. It was a cleverly crafted, character-centric show that cared about its viewers. It will definitely make my recommendation lists in the future.