TL;DR: Who said you were allowed to almost make me cry twice? 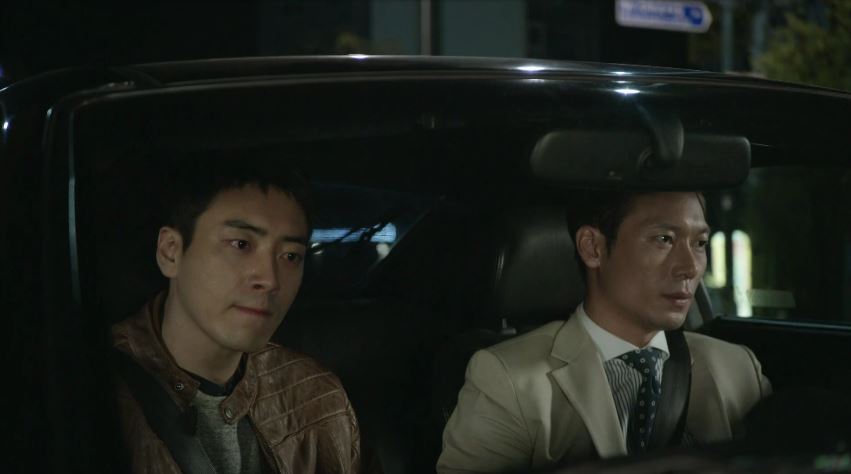 Look, two of my absolute favorite character-related things are loyalty and found family, and Naked Fireman just delivered both of those things to me when I was not expecting them. This episode had some of the best bromance and surrogate father scenes I’ve seen in ages, and I’m both astonished that it happened and upset that I don’t see this quality of relationships in shows that are four to five times as long as this one.

Earlier on in the drama, Seong-jin had a couple little throwaway lines and flashbacks about Cheol-soo “betraying” him and growing up to be a good person. And even though Seong-jin has been using the unwitting Cheol-soo to help with his and Song-ja’s heist against Jin-ah, the two of them are BFFs. Such BFFs, in fact, that this episode revealed that Seong-jin thought Cheol-soo was the one who murdered Jin-ah’s parents and set their house on fire, and he never breathed a word of it to anyone, including Cheol-soo! And then, to top it off, once he overheard that Det. Kwon was on Cheol-soo’s trail, he immediately called to warn Cheol-soo, picked him up in a getaway car, provided him with a burner phone, and planned on smuggling him out of the country all before Cheol-soo even knew what was happening or could protest his innocence. Hell yes, give me more of this kind of bromance and less of the queer-bait-y banter that services fans more than the characters and their relationships.

And then, as if I weren’t already an emotional wreck, Kwang-ho lied to the police when Cheol-soo called him so he could give him praise and fatherly advice when Cheol-soo was at his lowest point. So, of course, those words were exactly what Cheol-soo needed to start mentally retracing his steps and looking for whatever he had missed. Thank you, show, I loved this. 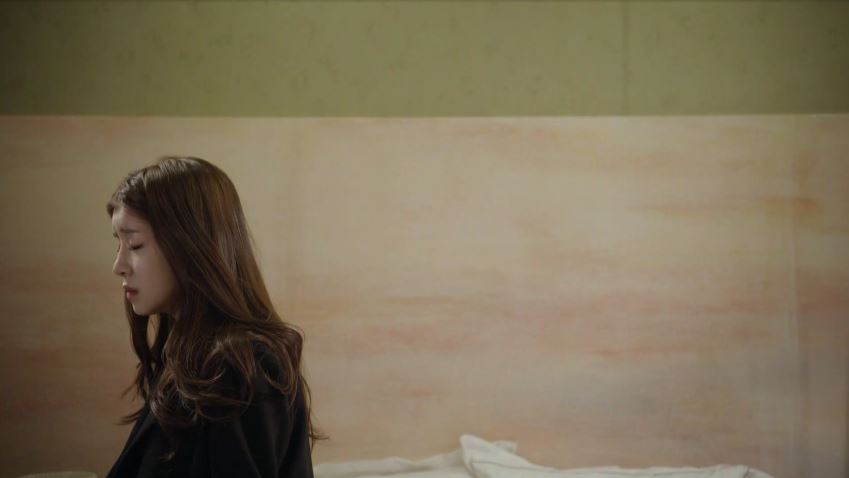 Jin-ah got hit with the one-two punch of thinking that Cheol-soo and Song-ja were dating and that they had swindled her in order to get to her paintings and that Cheol-soo had lied to her the whole time about his identity. She was an emotional wreck this episode, going so far as to ask her housekeeper(/only friend) to leave the house, but that didn’t stop her from realizing that several things were just wrong. With her bruised heart, it would have been easier to write Cheol-soo off as a bad guy and let  Detective Kwon railroad him into a double murder conviction.

But Jin-ah’s prickly personality and artistic eye for detail kept her from falling for Detective Kwon’s lies. I loved that she is suspicious of him both when it comes to Cheol-soo’s guilt and Kwon’s wife conveniently having a case of falling-down-the-stairs-itis. Jin-ah has been determined from the start, and her ability to go wait a second and think through things should serve her well in the final episode.

(Also? I loved that the show brought back the abandoned restaurant and had her look there for Cheol-soo. *rolls about in delight*) 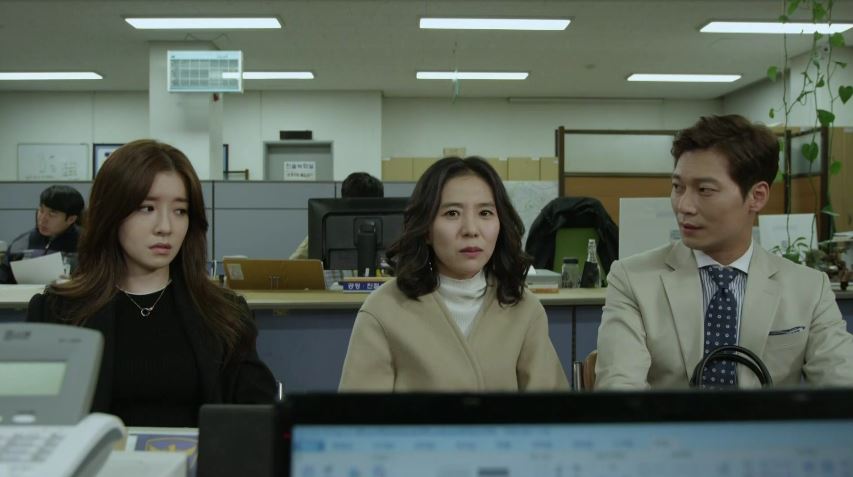 Now that all of the good guys (minus Song-ja) know what’s going on, I hope they’ll all team up to help take Detective Kwon down. After a very intense third episode, I’m hoping we will get to have some fun team hijinks scattered in between the thriller bits.