TL;DR: This drama special is definitely trying to live up to its name. 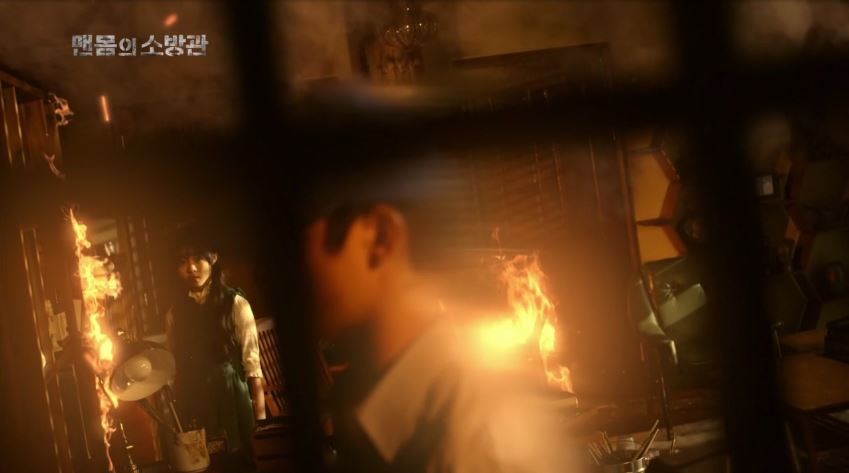 With two weeks to go until the next drama I want to watch, I decided now would be the perfect time to try tackling the drama specials and movies on my to-watch list. I decided to go for Naked Fireman first because I still giggle whenever I see its name. And honestly? The first episode is pretty damned good for what is essentially the awkward mating of a screwball comedy and a murder mystery. Not only did it make me laugh, but it also made me care about the mystery that needs to be solved.

Jin-ah, our heroine, is easy to root for. After her parents’ horrific murder a decade ago, she is still in touch with the then lead detective on the case to try to solve the mystery. Her PTSD-induced amnesia is something she’s actively working on with a hypnotherapist so that, as the only witness to the crime, she can recall the culprit’s face. Even though the memory of the murderer coming by earlier (then as just a thief) and remembering the scar on his back was enough to send her into a full-blown panic/asthma attack, Jin-ah still pushed herself to track down her parents’ killer.

I’m not sure I would have jumped straight to “put out a casting call for nude male models with scars on their backs that will pay an obscene amount of money” myself, but given her artistic talents, it is plausible enough that I’m willing to handwave the absurd setup.

What really won me over was that Jin-ah decided to investigate on her own when Detective Kwon cast (concerned) doubt on her identification of Cheol-soo as the murderer. Going to his place all on her own to snoop/gather evidence was even gutsier. I’m glad she grabbed that screwdriver to defend herself when Cheol-soo got back early (though we know he’s the hero and she won’t need it). Jin-ah was brave when she was younger and she’s still brave now, and I’m looking forward to her and Cheol-soo teaming up soon. 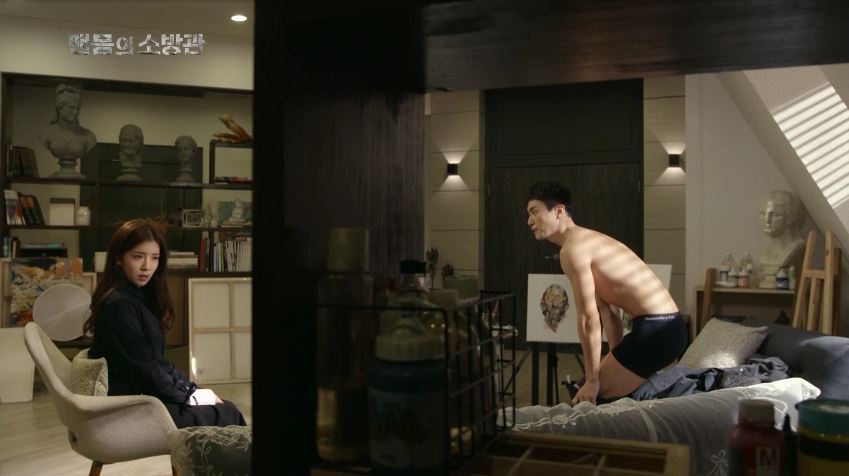 I’ll admit that Cheol-soo is the one who really threw me off. The last time I saw Lee Joon-hyuk he was the uptight, righteous prosecutor in City Hunter, so Cheol-soo was a 180-degree switch for me. I wasn’t sure what to make of his quick-tempered buffoonery or vanity, but underneath all that bluster, he appears to be a good guy. Not just everyone would be willing to pick up a nude modeling gig to help their team leader pay for cancer surgery, after all.

He also helped Jin-ah when she had her panic attack (though I am side-eyeing him giving her a paper bag to breathe into) and stayed until he knew she was okay. I am slightly concerned, however, about whether or not I’ll believe it if the drama takes more of a thriller turn and demands more depth/gravity from him. Cheol-soo has had a few “cool” moments, but they’ve often been undercut afterward by comedy. Maybe the “screw this, I’m just going to do it” aspects of his personality will be taken more seriously when he and Jin-ah track down the real murderer. 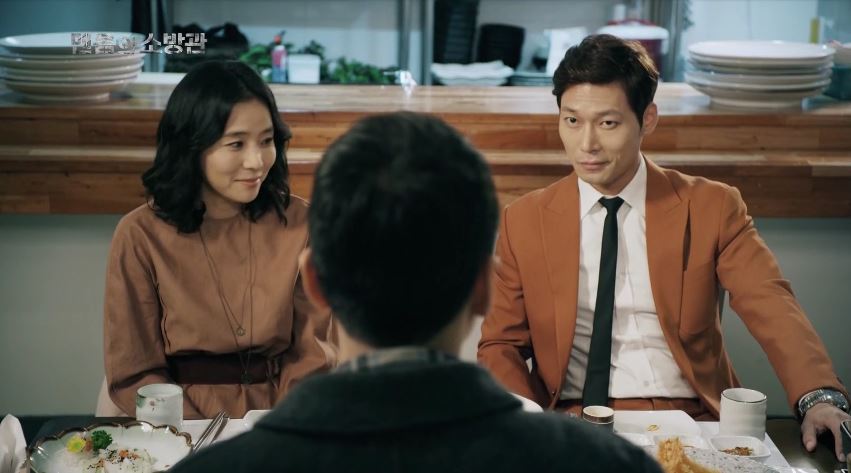 Who I am assuming is Seong-jin, the childhood best friend who has claimed that Cheol-soo betrayed him and became a better person. A fancy car plus nice clothes plus a sugar momma and general shady behavior and ulterior motives is an entire field full of red flags. Since this is just a four-episode special, I can’t imagine there’s time to have Seong-jin be a red herring; the smirk he gave outside Jin-ah’s house pretty much cemented his villain status.

If he is the murderer, then the real mystery is why he killed Jin-ah’s parents and set the house on fire. I’m interested in finding out that answer, as well as discovering whether he intended to toss Cheol-soo in Jin-ah’s path to distract her or if he is ignorant of who she is. Does he have any sinister motives in being with Song-ja, or is she just his latest sugar momma to take advantage of?

I guess I’m just going to have to risk seeing more shirtless scenes to find out. My life is so hard.