TL;DR: I desperately want a reference to “The Ones Who Walk Away from Omelas” now. Please give it to me in the final episode? 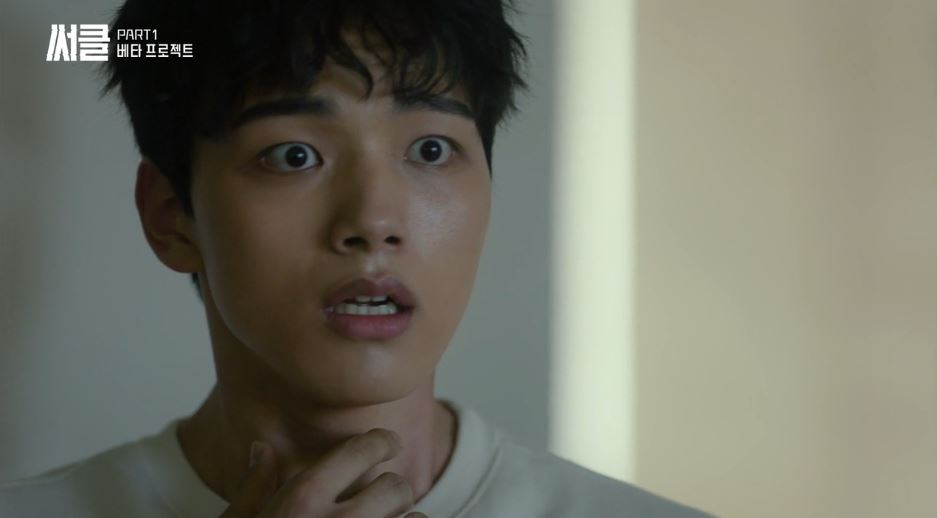 Woo-jin tried so hard in this episode and things did not turn out very well for him, which is fitting as we head into the finale. His character has consistently been in my top three through the entire show, so while I’m irritated by some of the things he did this episode, I’ve already forgiven him for basically all of it.

Because let’s be real—as much as I will happily rail against anything that comes close to noble idiocy, one of my absolute favorite tropes is a person who is willing to sacrifice themselves for the sake of their loved ones. With Bum-gyun’s rapidly deteriorating condition and the knowledge that either he or Jung-yeon was the key to the bad guys’ success, Woo-jin came up with a clever, desperate plan to try to save all three of them (or barring that, two of them).

And, more importantly, once his plan was in motion, he had a contingency in place to let Jung-yeon know everything and warn her that she was in danger and needed to run. That’s what saved his self-sacrifice from the noble idiocy trope—he gave her the information she needed to protect herself and bought her time to escape instead of letting her stew in ignorance and danger. And it worked! She was able to hide for twenty whole years because he gave her that heads up.

(I’m still annoyed that Woo-jin left his hiding place to hit Detective Choi with a rock, though. If he was going to do that, couldn’t he have at least kept hitting him? Instead that impulsive, futile decision led directly to him getting hit by a car—which, to be fair, was the most surprising kdrama car crash I’ve seen in a while. I totally didn’t laugh in shock at how many flips he did through the air.) 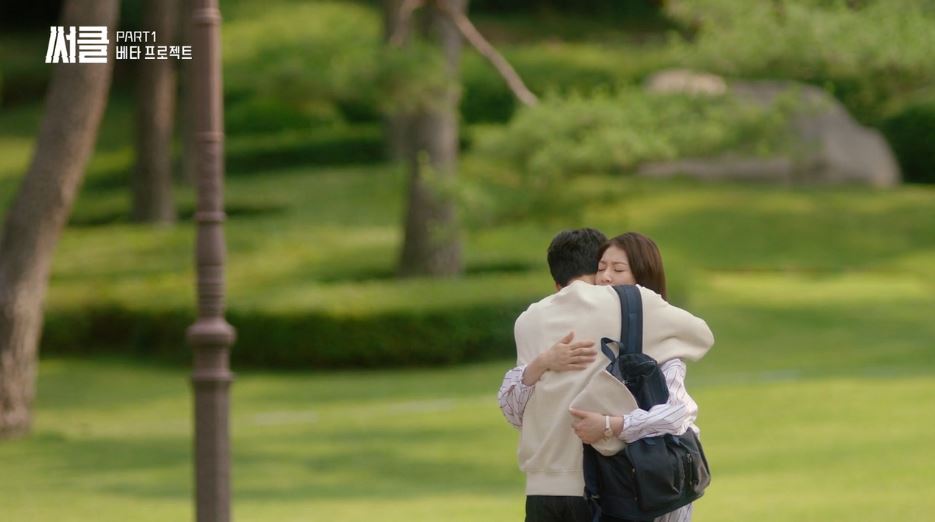 While I haven’t had many problems rooting for Woo-jin and Jung-yeon romantically in 2017, I wasn’t totally sold on the idea of Jung-yeon not moving on in twenty years. Now that I know how their 2017 parting went down—with his promise to come back, the dramatic hug, his heroic plan, and then his disappearance—I’m finally on board with it. It’s the tragic love of a(n alien) lifetime, and I can totally understand why she was still searching for him instead of fleeing the country.

I loved that Woo-jin helped her solve her identity dilemma, and vice versa. Woo-jin’s reveal that she chose to shed her Byul identity for the greater good and live as a regular human was instrumental in her making the decision to embrace her life as Jung-yeon. That affirmation that she was a person to him first and not a resource and knowledge bank to be exploited was swoon-worthy.

Especially when she was able to use that same argument to insist on his third clone’s identity twenty years later. 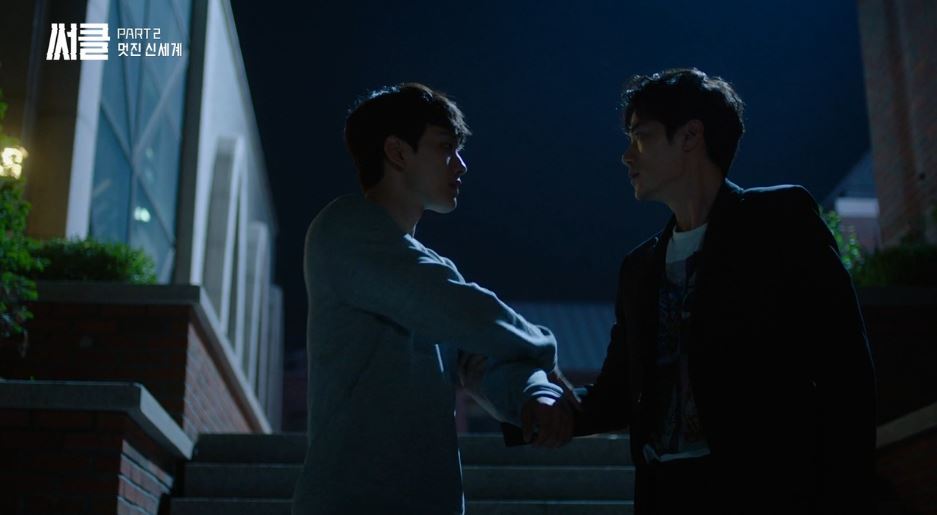 So. This clone thing.

I love it, I really do, now that it’s not an out-of-nowhere development to try to give Secretary Shin some sympathy points. (That said, it still should have been mentioned far earlier than it was since human cloning was going to go to some kind of government vote—maybe in one of those throwaway 2037 broadcasts about the air pollution? I seriously thought the air pollution would be important because it was mentioned several times early on in both timelines. But no.) It was a wonderful way to connect all the information we had so far (Woo-jin’s alive vs. dead status, etc.) while also giving us the opportunity for a happy-ish ending in 2037. They all just have to stay alive for one more episode, and then maybe we’ll get it.

I enjoyed being able to rehash the identity/happiness/memory debate with Woo-jin/Circulate 3 as the subject instead. Jung-yeon was amazing in the church as she repeatedly argued for his identity as Woo-jin. He has Woo-jin’s memories and DNA, no matter if the exact cells aren’t the same. She knew exactly what it was like to question herself, but she believed she was Jung-yeon and not Byul anymore precisely because she had Jung-yeon’s memories and not Byul’s.

Joon-hyuk’s initial reaction was less than ideal, but I am so grateful at how quickly he came around to accepting this clone as Woo-jin. How could he not when the clone did the most Woo-jin-ish thing ever: being ready to sacrifice himself again so Joon-hyuk and Jung-yeon could escape despite the almost overwhelming fear he had. Their teary reconciliation/acceptance was wonderful and totally made me cry.

Just one episode left. Here’s hoping the show is able to fulfill all the promises it has made.